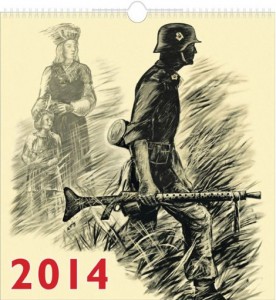 Posted on 18 December 2013 by Defending History

Films and Videos on DH.com topics:

• LOST: Zoon Politikon of European Union by Audrius Lelkaitis. Interview with Defending History editor (in three short segments) shortly after the one hour mark (1:00) on the time code.

• Liza ruft! by Christian Carlson et al. The film contains the sensational clip exposing “Holocaust education” that is constructed in the framework of East European Double Genocide revisionism, via an interview with Ronaldas Racinskas, executive director of the state-sponsored commission on Nazi and Soviet crimes.

On the Lithuanian Holocaust:

• An Elegy for Honey and Tar by Alicija Žukauskaitė [documentary].

• Saulius Beržinis and Ona Biveinienė on the Holocaust in Jurbarkas [documentary].

On the Latvian Holocaust:

• Speak No Evil segment on Latvia by Monica Lowenberg [memoir]. 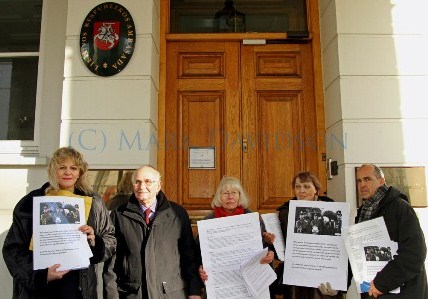 Note: Each author is exclusively responsible for his or her signed contribution. DH’s transparency p0licy excludes use of any pseudonyms (with the one exception of legendary Vilna wag Motke Chabad). The editor is responsible for unsigned posts. We respect the right of reply and welcome submissions (at: info@defendinghistory.com).