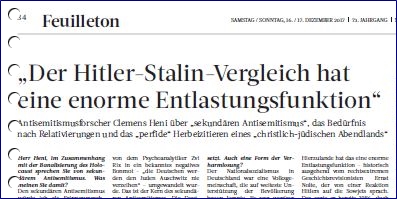 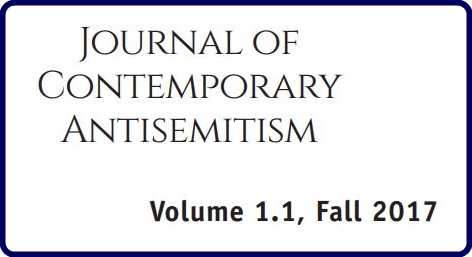 Note: Each author is exclusively responsible for his or her signed contribution. DH’s transparency p0licy excludes use of any pseudonyms (with the one exception of legendary Vilna wag Motke Chabad). The editor is responsible for unsigned posts. We respect the right of reply and welcome submissions (at: info@defendinghistory.com).

Posted on 8 August 2012 by Defending History

This edited and condensed extract is from the author’s forthcoming book (in press) and appears here with Dr. Heni’s permission. Clemens Heni is founding director of the Berlin International Center for the Study of Antisemitism (BICSA).

In June of 1986 the German historian Ernst Nolte (born 1923) started the so-called Historians’ Dispute (Historikerstreit) by publishing an article in the leading conservative daily of the Federal Republic of Germany (West Germany), the Frankfurter Allgemeine Zeitung.[i]

Nolte has to be seen as just one of the voices, though a leading one in point of fact, in the nationalist wing in the Federal Republic under Helmut Kohl, who had become chancellor in 1982, with “national identity” as a core element of his politics. The national wave had already begun in the 1970s with the infamous “Hitler wave” films, and with the emergence of the New Right and its German agitator Henning Eichberg and authors such as Martin Walser in 1979.

Text of the letter delivered to the Lithuanian ambassador in London Monday morning 7 February 2011 by the Right Honourable Denis MacShane MP. The letter was drafted by Danny Ben-Moshe and evolved with input from the other signatories. Signatories include Lord Janner of Braunstone, Rabbi Barry Marcus of Central Synagogue, and Professor Ada Rapoport-Albert, head of the Department of Hebrew and Jewish Studies at University College London which hosted the main conference. PDF here. Background and further links to press coverage here.