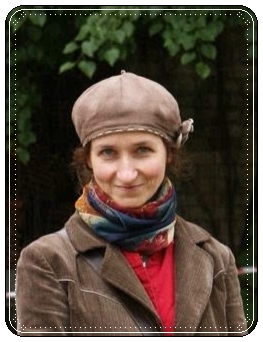 Posted on 8 November 2016 by Defending History

Posted on 9 November 2016 by Defending History

Iam very concerned about the situation for the last several years at our Lithuanian Jewish Community (LJC). More specifically, about the LJC’s chairperson, whose policies have brought about instability and disunity in the Jewish community. It is a sad paradox, that a non-religious person is responsible for the most acutely religious questions in our community. It is even more unacceptable that a secular person, drawn to mundane and material things, would deign to push around the rabbis in town as if they are pawns on the chess table. Such behavior is totally opposite to Jewish religious standards. Yet for external consumption it is called “a renaissance of religious Judaism.”

Posted on 6 February 2017 by Defending History

VILNIUS—The prestigious Weekly of Vilnius, which provides a digest and interpretation in English of news concerning Lithuania, especially for the diplomatic, governmental, business, academic, arts, cultural and international affairs communities, became the first publication, in its 5 February issue, to break the ostensible wall of silence in the Lithuanian media on the international petition by Vilnius native and resident Ruta Bloshtein. Her petition, concerning the fate of the old Jewish cemetery at Piramónt in the Šnipiškės (Shnípishok) district of Vilnius, the nation’s capital, has to date garnered close to 38,000 signatures, making it the largest Litvak effort since the Holocaust. The petition calls on Lithuania’s president, prime minister, chancellor, the mayor of Vilnius and the European Commission’s president to move the project of a new national convention center away from the old cemetery. It comes after years of local and international opposition to the project. The Weekly of Vilnius, edited by the widely admired Nehro Khalil, has been known on more than one occasion to breach walls of silence concerning “the second opinion” on an array of issues and topics.

Posted on 28 February 2017 by Defending History 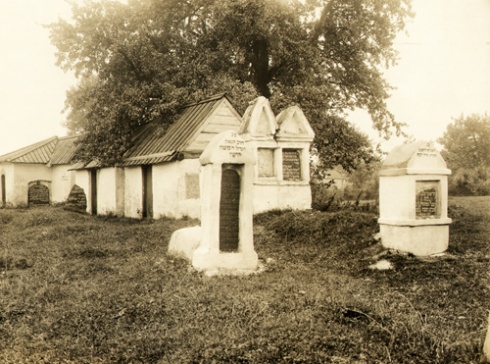 Posted on 14 August 2017 by Defending History

VILNIUS—The following statement by Vilnius native and resident Ruta Bloshtein, an active member of the city’s religious Jewish community, appeared today as an update to her international petition, which has just approached the 40,000 signature mark. Her update was issued as  a reaction to the comments by Lithuania’s top leaders, made after receiving a letter of protest from twelve United States congressmen concerning plans to site a projected new national convention center in the heart of the territory of the Old Vilna Jewish Cemetery at Piramónt (in the Šnipiškės district of modern Vilnius). International opposition to “the convention center in the old Jewish cemetery” continues to mount.

VILNIUS—Ruta Bloshtein, a native of this city and stalwart of its small Orthodox Jewish community, this week published an update to her international petition calling on the Lithuanian government to move its national convention center project away from the Old Vilna Jewish Cemetery at Piramónt in today’s Snipiskes district of Vilnius. Over 43,000 people from several dozen countries have signed her petition to date.

In the update, Ms. Bloshtein calls on people of good will to contact the United Kingdom’s Charities Commission to file complaints against a rogue group of allegedly “cemetery selling rabbis” who allegedly issue permissions for building projects on old Jewish cemeteries on ground zero of the Holocaust in Eastern Europe in return for secret cash payments. They have been exposed by Wikileaks, and in reports in the Jerusalem Post, JTA, and Times of Israel. They are known as the “CPJCE” which stands for “Committee for the Preservation of Jewish Cemeteries in Europe.” See Defending History’s section on the group, and DH’s 2015 open letter (to which a reply was never received). Ms. Bloshtein asks in her update, that when reporting the “CPJCE” to the Charities Commission, its official charity-status number, 1073225, be mentioned.

VILNIUS—In March of 2017, Vilnius native and resident Ruta Bloshtein, author of the international petition on the Old Vilna Jewish Cemetery that has achieved 44,000 signatures to date, presented a copy of the petition with a full list of signatures to the office of the prime minister. In June of 2017, she received a reply from the government restating the supposed justification for desecrating the five hundred year old Jewish cemetery on the basis of “permissions” obtained from the (allegedly corrupt) “grave-trading CPJCE rabbis” of London, who are currently under investigation in London.

How does One Hurt and Humiliate a Person (or a People)?

Posted on 26 November 2019 by Defending History

The author is a native of Vilnius hailing from centuries of Litvaks, who has worked for years in the Judaica department of Lithuania’s Martynas Mažvydas National Library. She is a prominent member of Vilnius’s small Orthodox Jewish community. She is the author of the international petition to save the Old Vilna Jewish Cemetery. English translations of some of her writings are available online. For more on the 10 euro “Gaon coin” referred to, see its DH section. The views reflected in this article are strictly Ms. Bloshtein’s. The Lithuanian original of this article appeared in 7md (PDF of print version).

How does one hurt and humiliate a person (or a people)?

Posted on 21 December 2019 by Defending History

This article appeared in Lithuanian on the website of the official Jewish Community of Lithuania. After the site’s editor refused to publish an English version on the site’s extensive English-language section, the author released this text for publication here. See also Ms. Bloshtein’s recent article in New York’s Algemeiner Journal. She is the author of the international petition concerning the Old Vilna Jewish Cemetery.

In his article “On the Reconstruction of the Palace of Sports on the Old Vilnius Šnipiškės (Piramont) Jewish Cemetery into the New Congress Center” (“Dėl Sporto rūmų rekonstrukcijos ant esančių senųjų Vilniaus žydų Šnipiškių (Piramonto) kapinių į naują Kongresų centrą”), published on the Lithuanian Jewish Community website on December 12, 2019, the author expresses his concern over the possibility of the cemetery being desecrated for the third time if the decision to demolish the building of the Palace of Sports was made.

The author calls the suggestion to restore the cemetery a “delirious fantasy”—in effect a slur against the suggestion by highly esteemed Professor Sid Leiman, who has spent many years researching the history, plans, and epitaphs of the Piramónt (Šnipiškės) Cemetery in great detail.

VILNIUS—Yet again, an operative has allegedly been mobilized as fodder to personally attack a member of Lithuania’s small Jewish community as part of a campaign by some state-sponsored “official Jewish community leadership” to intimidate today’s Lithuanian Jews. If they stand up for a Jewish cemetery, and dare disagree with it becoming a national convention center, they will be smeared on the official website as liars, misleaders and secretly paid agents of some mysterious source of riches. This is a tragedy. It is part of a saga that will go down in Jewish history as possibly the worst case of state restitution for prewar Jewish property leading to disastrous results for the present and future of Jewish life on site, while providing glories and power for a tiny local elite and its “boards” of foreign fellow-travelers who relish coming to Vilnius for banquets and photo-ops with the high and mighty.