Congratulations Pour in to Lithuania’s Prime Minister Ingrida Šimonytė on 16 Aug. Cancellation of Vilnius Convention Center in the Cemetery (“CCC”)

Posted on 6 September 2021 by Defending History 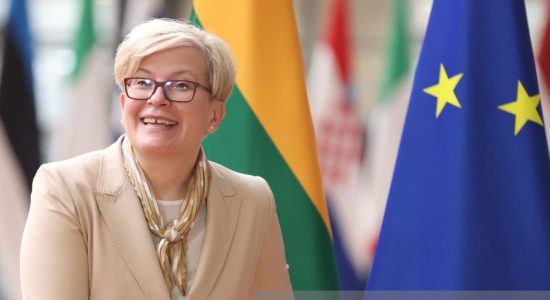 Keep up with events at DH’s Updates page

Rumors (still uncorroborated) spread of  plans by usual “gov. Jewish unit” for another “quisling and UJI [‘useful Jewish idiot’] conference” to cloud the issues and cover for “slow-motion rollback” of PM’s bold decision. That trick had (Sadly) worked back in 2007-2008 when leading American Jewish scholars were lavishly brought to a “committee” to cover for building “just the second green building” on top of the cemetery (still known locally as the “D.E. Fishman Building”), on the “understanding” that no more would ever be desecrated with commercial projects…

From the history of the saga

This entry was posted in Cemeteries and Mass Graves, It Pays to Defend History: Success Over the Years..., Lithuania, Litvak Affairs, News & Views, Old Vilna Jewish Cemetery at Piramónt (in Šnipiškės / Shnípishok), Politics of Memory. Bookmark the permalink.
↑ Return to Top