Posted on 9 November 2013 by Defending History

England has the most provincial intellectual class in Europe. Very few professors (unless they are foreign language teachers or specialists in say French or Italian history) will speak and read a foreign language fluently. They do not pick up Le Monde, Der Spiegel or El Pais and wait, sometime for years, for a translation of a key work published in a European language to appear in London. 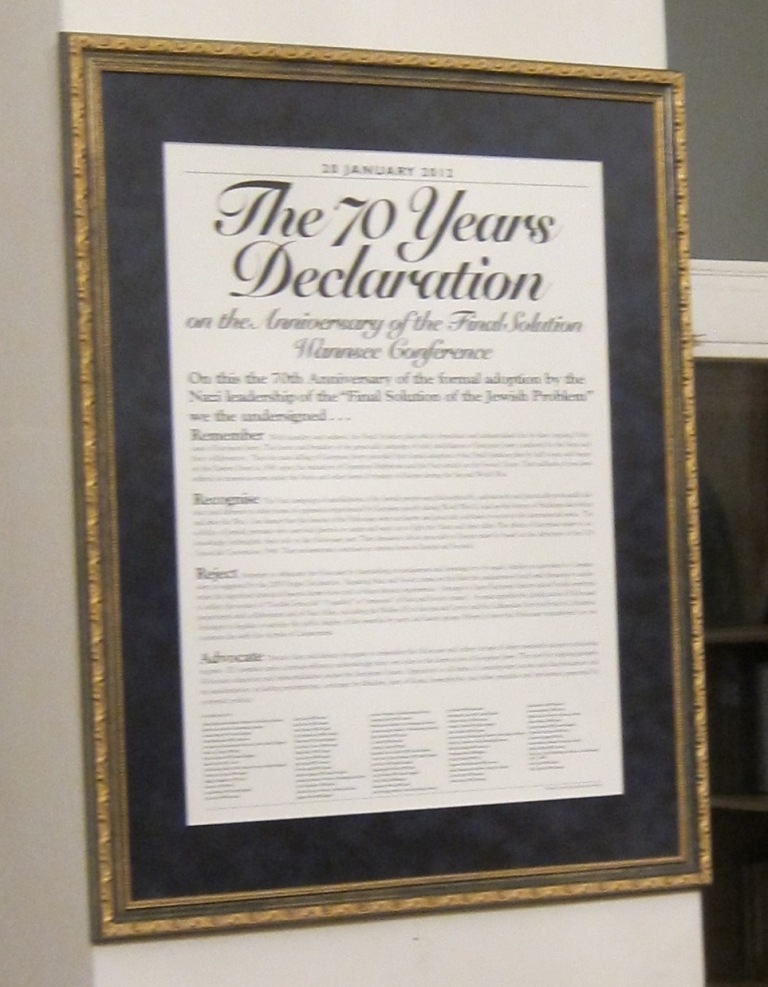 Solemnly commemorates the Holocaust and reaffirms human rights of all people. Opposes the Prague Declaration and ‘Double Genocide’ politics. Rejects glorification of the Waffen SS of Estonia and Latvia and the Lithuanian Activist Front (LAF).

PRESENTED TO THE PRESIDENT OF THE EUROPEAN PARLIAMENT

Posted on 27 February 2012 by Defending History

The Seventy Years Declaration, released on 20 January 2012, was the subject of a 31 January 2012 Žinių radijas (News Radio) station panel discussion including one of the Lithuanian signatories of the declaration, Social Democratic MP Vytenis Andriukaitis, himself a signatory of the Lithuanian Declaration of Independence. MP Andriukaitis was attacked by the foreign minister for signing.

MP Andriukaitis’s response won international support, and there is reference in the panel discussion to the support from British human rights champion MP Denis MacShane for all eight Lithuanian parliamentarians who signed the Seventy Years Declaration.

Posted on 30 January 2012 by Defending History 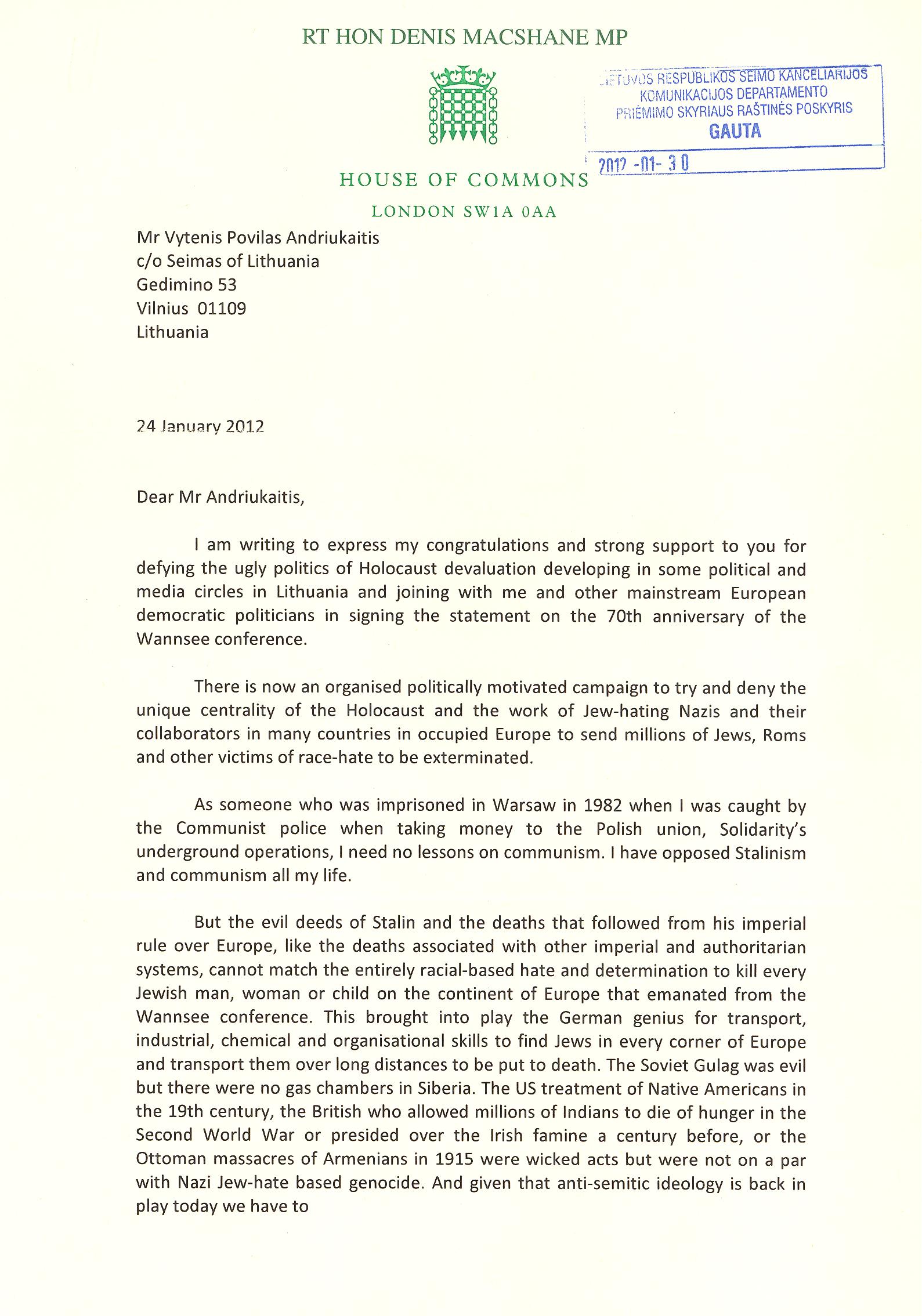 Posted on 25 January 2012 by Defending History

The following press statement was issued today by the office of UK MP Denis MacShane concerning the response of the Lithuanian foreign minister to the news that eight Lithuanian parliamentarians had signed the Seventy Years Declaration.

On the eve of National Holocaust Day, former Europe Minister Denis MacShane MP has written to Lithuanian MPs and MEPs who defied their political establishment to sign a statement on the Holocaust which attacks attempts to devalue the Nazi extermination of Jews by claiming it is no worse than the crimes committed by communists.

The Seventy Years Declaration was issued on 20 January 2012 by seventy European Union parliamentarians (MPs and MEPs) concerned about the return of antisemitism as an issue in contemporary politics. In January 1942, Nazi officials met at a conference at Lake Wannsee close to Berlin to plan the industrially organized extermination of European Jewry.

In recent years, European right-wing politicians have sought to gain acceptance for their view that the suffering under communist rule was the same as the Nazi extermination of Jews. This so-called “double genocide” thesis has been criticized by campaigners against modern antisemitism as leading to a devaluation of the unique specific Jew-hating roots of the Holocaust.

Now social democratic MPs and MEPs in Lithuania who signed this declaration have been attacked by government officials. Lithuania’s Foreign Minister went so far as to say there was no difference between Hitler and Stalin except the length of their moustache.Continue reading

The following exchange between human rights advocate MP Denis MacShane and the government’s Minister for Europe, David Lidington, was reported today in the House of Commons: