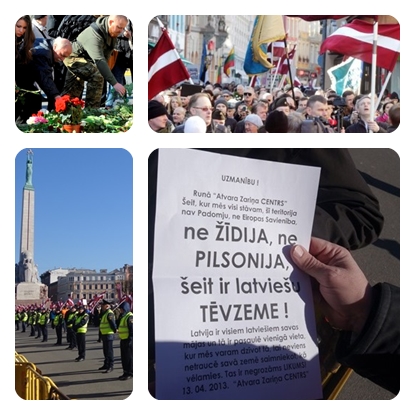 ♦ A Short Cultural History of the Litvaks

♦ What to See in Jewish Vilnius

• Who are the Litvaks?

• Intro to Sounds of Silence

Posted on 5 September 2012 by Defending History

“The Defending History team thinks that Lithuania (and neighboring EU/NATO countries) are a wonderful place to visit — safe and modern yet rarefied and special, charming Old Europe alongside every modern convenience. The debates with a few gov. agencies over history, the Holocaust, the fate of Jewish cemeteries, contemporary antisemitism and other issues mean that your visit is all the more important. It does mean that when you get here, please be sure (as indeed you would anywhere) to hear all sides of the argument, not just the lavish state-sponsored entities that specialize in  dazzling with “Jewish Hollywood PR sets” while dismissing other opinions as illegitimate. These countries, and their peoples, are absolutely delightful, warm, good-humored and welcoming. Come and visit, all the more so if your own family roots are here!”

May 2023 Journey to Lithuania and Poland

for old family letters and and memoirs in difficult Lithuanian Yiddish (/Hebrew) handwriting:

Not for the faint-hearted: