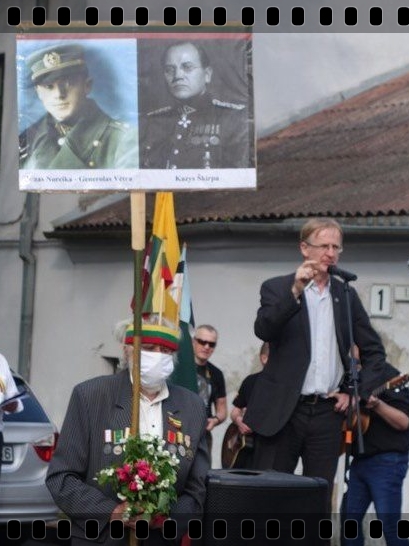 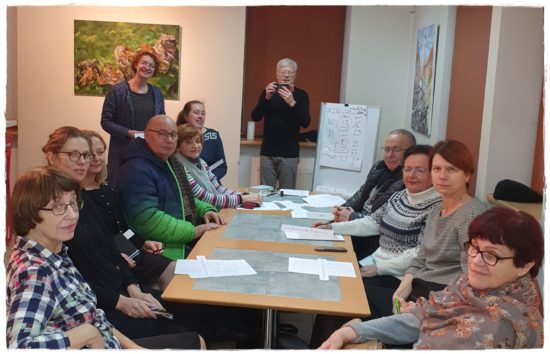 Julius Norwilla (standing end of table) with his class of Elementary/Intermediate Yiddish at Vilnius’s Jewish Cultural and Information Center (JCIC) in the Old Town, under auspices of the Vilnius Jewish Community in March 2020. On 24 March, with a pandemic upending life in the Lithuanian capital (as everywhere), the students and teacher decided to continue online via skype and have not missed a week. Standing at left is Rima Kazlauskaite, administrator at JCIC.