There is some thick tension in the Vilnius air these days over how the 80th anniversary of the outbreak of butchery will be commemorated here, elsewhere in the Baltics and beyond, including western Ukraine, in just over two months time.

Just as a public adulator of Holocaust collaborator J. Noreika was being nominated to head his EU/NATO nation’s Genocide (!) research center, the perpetrator’s American granddaughter released her new book in the US detailing the gruesome truth about Noreika’s barbaric cruelty. Defending History has been on the Noreika case for nine long years. For much of that time, our correspondent was subjected to prosecutors’ and police harassment and kangaroo proceedings.

In the meantime, we publish more of the absolutely non-photoshopped, non-manipulated photographs of Dr. Bubnys proudly standing beneath the banners of Noreika and Škirpa for the duration of his address to his adoring far right and neo-Nazi crowd on 23 June 2020. Note that the image of Noreika, at the left, includes also his “heroic nom de guerre” — “General Vetra” (General Storm…). During his speech, he baited one of Defending History’s editors by name, leading the highly professional police at the perimeters to rapidly come and ensure the Defending History’s observation team’s safety. As ever, Defending History thanked the Vilnius police on the day for their consistent utmost professionalism, effectiveness and courtesy to all parties. 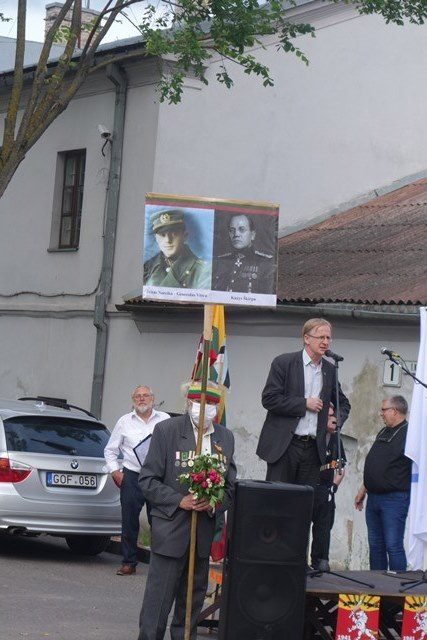 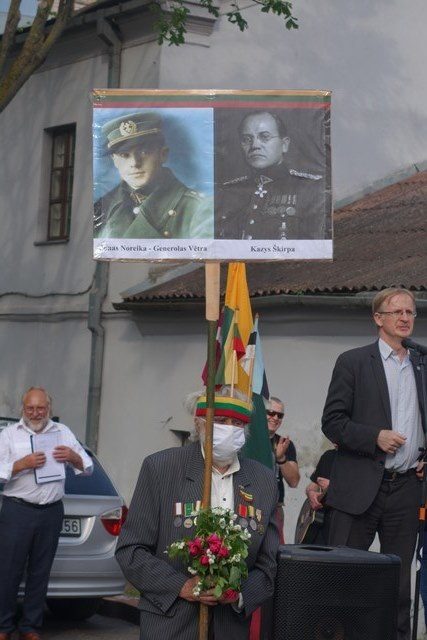 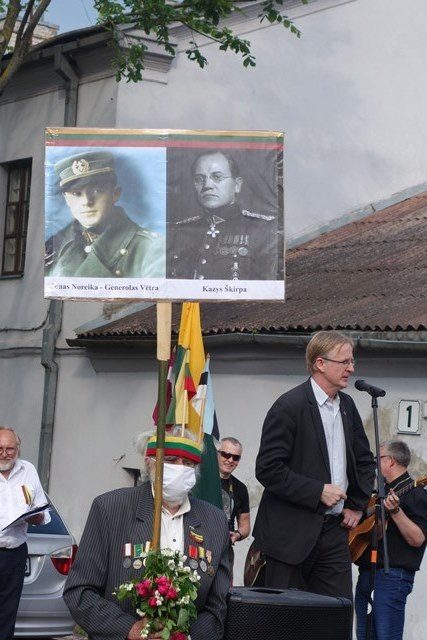 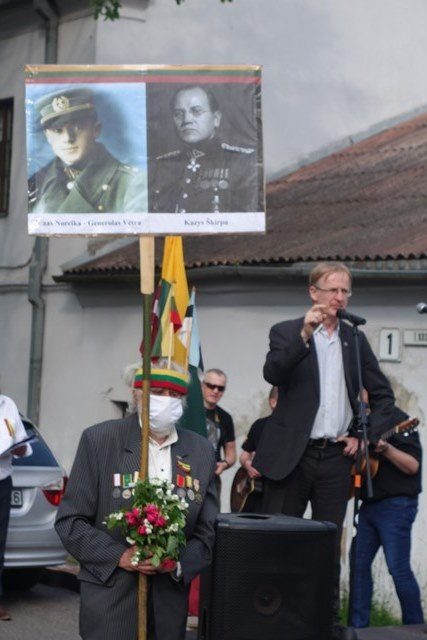 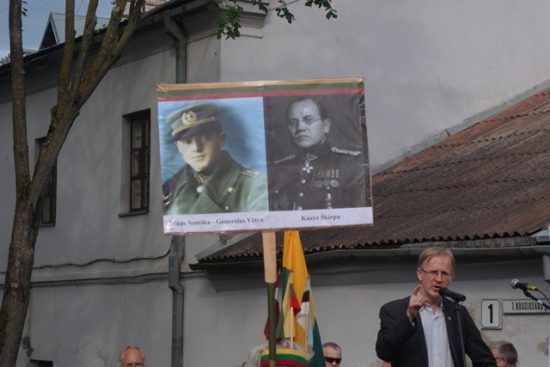 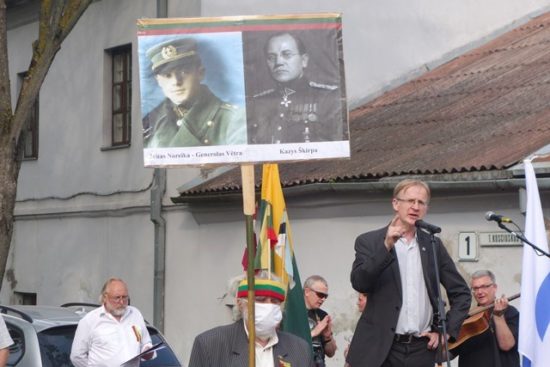 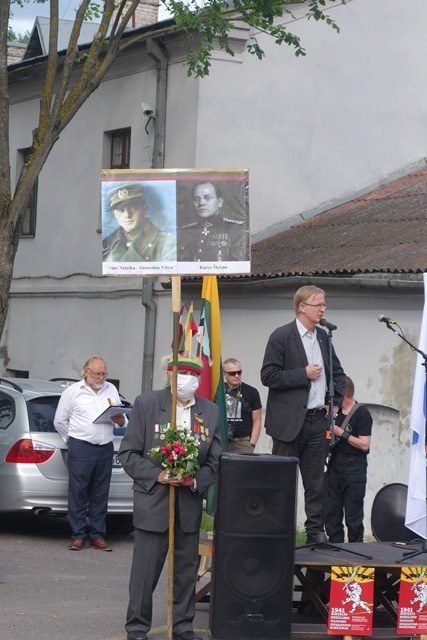 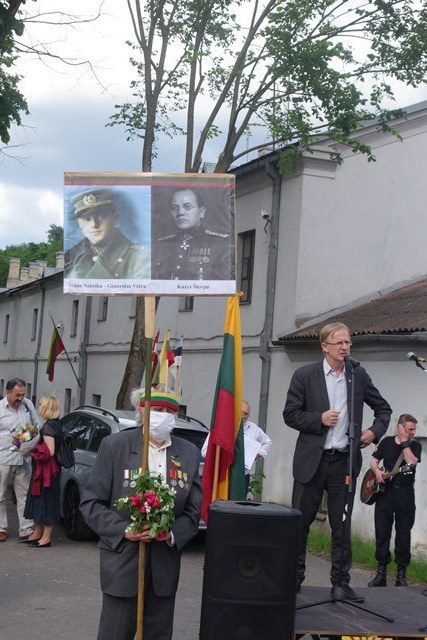 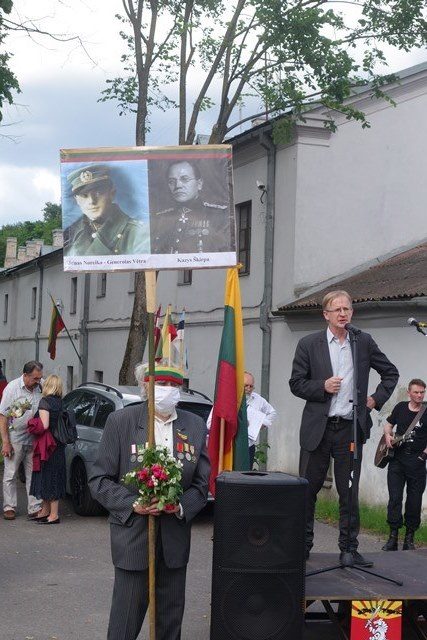 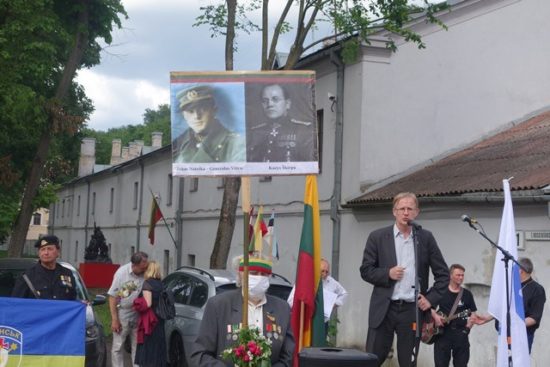 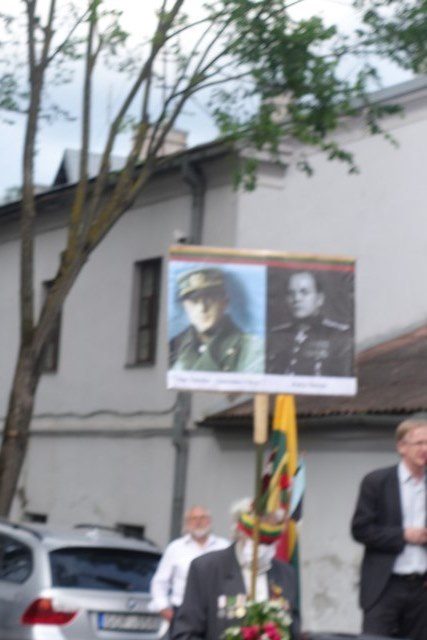