Posted on 1 January 2023 by Defending History

In the decade since Evaldas Balčiūnas began informing the English-speaking world, in a series of articles in Defending History, of the details, scope, and pain of his own country pursuing a state policy of glorifying Holocaust collaborators and perpetrators, the phenomenon has moved from local shadows to the bright lights of open and free debate across the democratic world. His 2012 exposé of Holocaust perpertrator Jonas Noreika ultimately led to the publication in America of a bold new book, The Nazi’s Granddaughter by Sylvia Foti. But back here in Lithuania, Evaldas was lugged into court for years and years on kangaroo charges and harassed extensively. The Defending History team was there at each hearing to provide moral support. The day will surely come when Evaldas Balčiūnas — journalist, educator, rebel, author, and historian — will be honored by Jewish and Holocaust history and remembrance groups internationally, by humanists everywhere, and last but not least, by his own country, as its fearless grand  ethicist of the earlier twenty-first century.

In 2012, when our small Defending History team headed out (as we did each year) to Kaunas to monitor and document the 2012 neo-nazi city center march, an event that glorified Holocaust collaborators, we went for a coffee after the event. There, our mentor who never missed a march before his final illness, Milan Chersonski (1937–2021), the longtime Vilnius Yiddish theatre director and editor for some dozen years of the Lithuanian Jewish community’s quadrilingual newspaper, Jerusalem of Lithuania, told us (in Yiddish, of course): “Look, there is one young Lithuanian who has more courage than the rest of the country combined. He has been writing articles on the tragedy of his country’s government organs glorifying Holocaust collaborators in the public space. And unlike others, he’ll be happy for Defending History to publish them in English translation. Trust me, his articles are more important that all of ours that come from Jewish pens.” 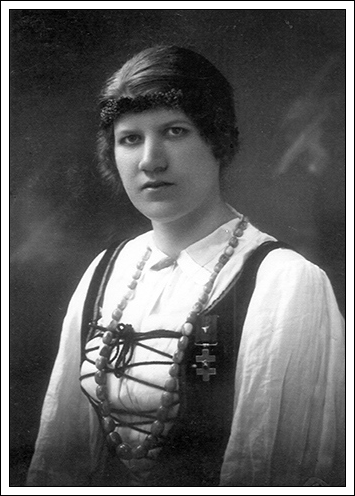