Use and Abuse of Sugihara

KAUNAS—The Postal Service of Lithuania today launched two handsome commemorative envelopes in memory of two celebrated European consuls in Kaunas who helped thousands of Jews obtain visas that enabled them to leave Lithuania during the final year before the Nazi invasion and the Holocaust came to the country. The two, Chiune Sugihara (1900−1986) of Japan and Jan Zwartendijk (1896−1976) of the Netherlands risked their careers, and more,  to disobey instructions and the letter of the law to save those who came to them for help. These were primarily citizens of prewar Poland who found themselves in Lithuania in the summer of 1940, when the country was being absorbed into the USSR, and the consulates and embassies in Kaunas were under pressure to close down altogether.

Posted in Christian-Jewish Issues, Events, Japan, Lithuania, Litvak Affairs, News & Views, Use and Abuse of Sugihara | Comments Off on Lithuanian Post Office Honors Sugihara and Zwartendijk on 75th Anniversary of “Visas for Life”

Posted on 30 April 2012 by Defending History


[Updated 3 May 2012] The following is a reprint, including comments up to today, of the 13 April 2012 VilNews.com article “First-time event in Chicago this Sunday, April 15, to address lingering issues affecting Lithuanian-Jewish relations.” This page, as posted today [3 May 2012], is also preserved in webpage format here.

Rabinowitz-Dorf: Did the PR firm sell out Lithuanian Jewry to help the current right-wing government “change” the history of the Holocaust with American Jewish cover, while enabling “Fake Litvaks” to  misrepresent themselves as representing the Jewish community in Lithuania?

Thinking About Those Anniversaries of 2011. . .

Posted on 25 April 2012 by Defending History

On 21 September 2010, that year’s annual commemorative event was held in the forest of Ponár (Paneriai) at the monument to the seventy thousand Jews who were murdered there and whose remains were then burned at the site.  Shortly before the ceremony’s conclusion it was announced that the Seimas (Lithuanian parliament) had decided to declare the year 2011 the “Year of Commemorating Lithuanian Residents who Became Victims of Holocaust.” The parliament’s move came as a complete surprise to the Lithuanian Jewish Community (LJC). The country’s Jewish community had appealed neither to the president of Lithuania nor to the parliament with any such request.

Posted on 4 May 2011 by Defending History

On Monday evening 2 May (Yom Hashoah), at about 7 PM, five or six masked perpetrators forced their way into a small theater in Vilnius showing a film about the formation of the anti-fascist movement in France and hurled military-type smoke bombs at the screen. Viewers, including a child, fled in panic and unable to breathe. Some witnesses claimed they saw members of the Lithuanian military participating.

Posted on 5 February 2011 by Defending History

Journalist, editor and human rights champion Andrius Navickas was awarded this year’s Person of Tolerance award in a ceremony in Kaunas today. The annual award, founded by Open Society Lithuania’s founding director Dr Irena Veisaitė, goes to a personality who actively and courageously fought for tolerance in Lithuanian society. 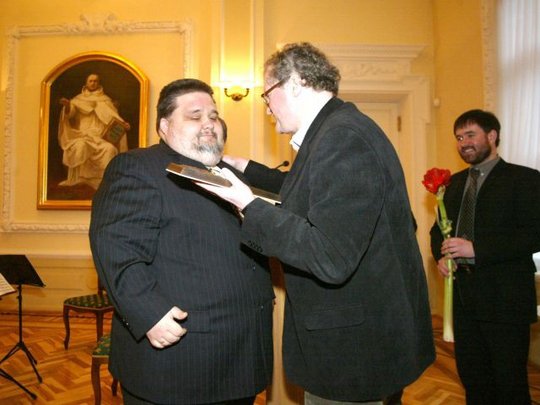 Posted in Bold Citizens Speak Out, Events, Human Rights, Media Watch, News & Views, Use and Abuse of Sugihara | Comments Off on Andrius Navickas wins ‘Person of Tolerance’ Award in Lithuania 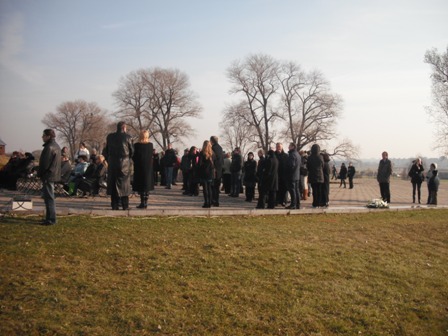