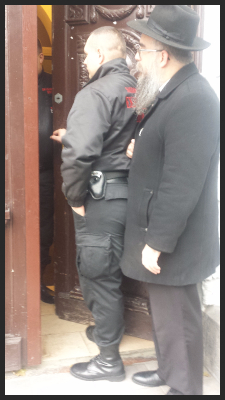 Posted on 8 September 2015 by Defending History

For many years, international visitors to Rokiškis (in Yiddish: Rákishok, or less formally: Rákeshik), in northeastern Lithuania, have remarked that the town’s central area seemed to preserve little (or no) trace or commemoration of its erstwhile Jewish population, though a large monument now graces the entrance to the old Jewish cemetery outside town. Before the Holocaust, this town was home to around 3,500 Jews (some 40% of the total population, and the overwhelming majority in its central area). Luckily, a short film of pre-Holocaust Jewish Rákishok survives (from 1937), and is available on Youtube. Thanks to Polish film maker Tomek Wisniewski for circulating the link in recent days.

Where did the Money for a Monument to 1941 “Patriots” Come from? Why the Uncritical Reconstruction and Glorification Now?

Posted on 14 November 2013 by Defending History

Defending History reported earlier on the attempt to restore a monument in Obeliai (Abél in Yiddish), a town in northeastern Lithuania, not far from the Latvian border.

It is an unpleasant story and one that is still developing. Although seven decades have passed since the mass murder of the Jews of Abél, some people think that everyone has forgotten who carried out that mass murder.

Posted in Bold Citizens Speak Out, Collaborators Glorified, Evaldas Balčiūnas, Genocide Center (Vilnius), News & Views, Opinion, Politics of Memory, Rákishok (Rokiškis) | Comments Off on Where did the Money for a Monument to 1941 “Patriots” Come from? Why the Uncritical Reconstruction and Glorification Now? 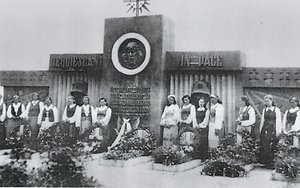