DefendingHistory.com announces Media Chronicle of Opposition to the 2008 ‘Prague Declaration on European Conscience and Communism’

Posted on 5 June 2011 by Defending History

DefendingHistory.com has announced the free availability of a frequently updated resource page that provides links for select major expressions of opposition to the 2008 Prague Declaration on European Conscience and Communism.  The page is available here or by visiting: 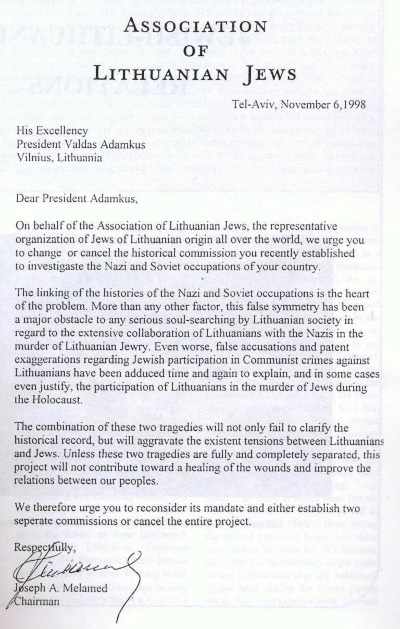 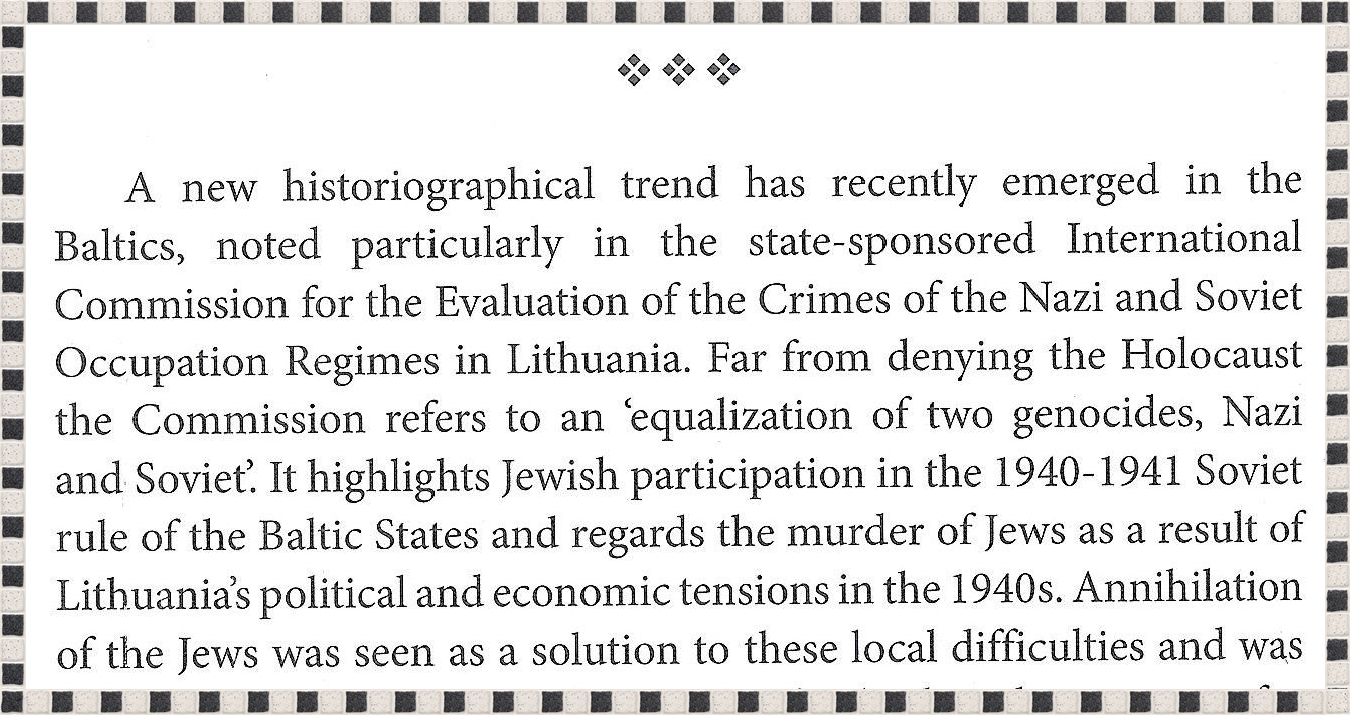 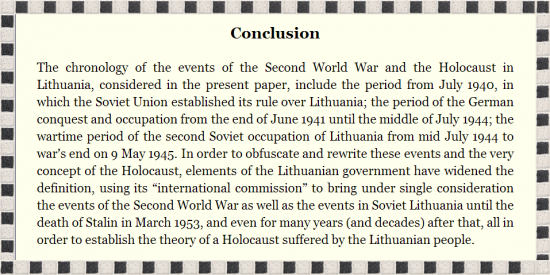 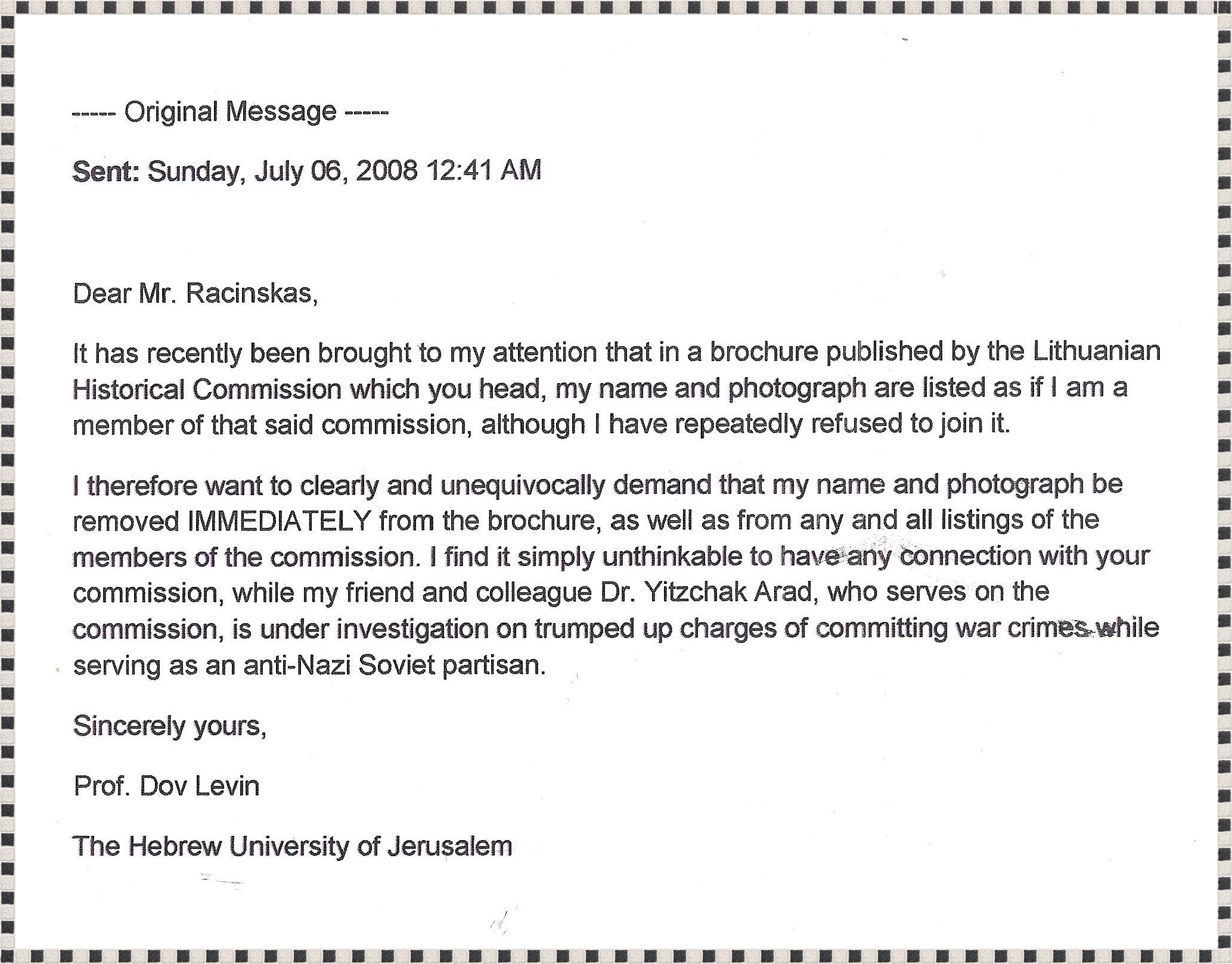 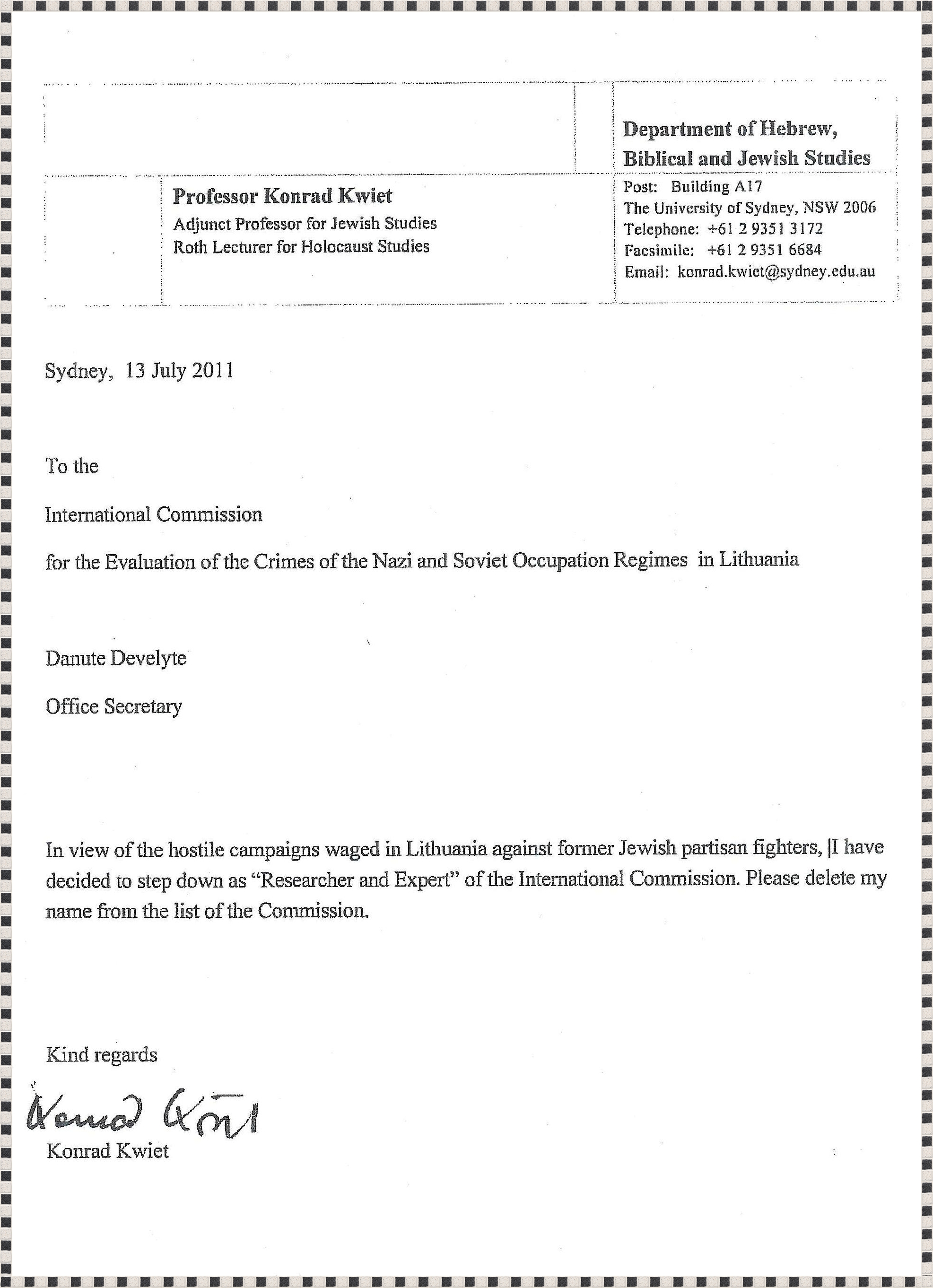 Manifesto of the ‘Double Genocide’ and Holocaust Obfuscation movement

The ‘Prague Declaration’ and its preceding and derivative European resolutions are based on ‘Double Genocide’: the proposed ‘equivalence’ of Nazi and Soviet crimes as revisionist history for the European Union. The theoretical constructs for the Double Genocide movement were developed by a number of historians in Eastern Europe, who have themselves on occasion been taken to task by courageous Lithuanian scholars who have exposed these works for what they are (see e.g. the classic review by V. Brandišauskas now available in English translation). Some of the bold dissenting voices from Lithuania are credited on this site’s Bold Citizens page.

The ‘Prague Declaration’ includes the following demands of the European Union:

‘recognize Communism and Nazism as a common legacy’

‘recognition that many crimes committed in the name of Communism should be assessed as crimes against humanity serving as a warning for future generations, in the same way Nazi crimes were assessed by the Nuremberg Tribunal’

Chronological Outline of Developments (selection only)

Demands that the ‘Lithuanian suggestion to evaluate as equal crimes of Nazism and Stalinism’ be taken up by all EU countries (30 November 2007).

The precursor conference on ‘United Europe, United History’ in Tallinn (22 January 2008). 23 Jan. BNS report on the event, from the website of an Estonian MEP active in the movement (report now removed).

The ‘Prague Declaration’ on the website of the ‘International Commission for the Evaluation of the Crimes of the Nazi and Soviet Occupation Regimes in Lithuania’; in Lithuanian.

Lithuanian ambassador to the United States formulates the red-equals-brown position in a letter to an American Jewish newspaper (11 July 2008).

Over four hundred MEPs sign a declaration supporting the Europe-wide establishment of August 23rd as a ‘European Day of Remembrance for Victims of Stalinism and Nazism’ (23 Sept 2008).

The European Parliament resolution (2 April 2009) recommends a single mixed ‘Europe-wide Day of Remembrance for the victims of all totalitarian and authoritarian regimes, to be commemorated with dignity and impartiality’ [item 15]. Alternate link.

Incumbent chairman of the European Parliament thanks the Baltic states for educating the West via the red-brown resolutions (28 April 2009).

Elements of the ‘Prague Declaration’ presented to the European Parliament session of 14 October 2009 (BNS report of 13 October 2009).

Proposal in Brussels at a European Parliament conference by the director of the Institute for the Study of Totalitarian Regimes, Czech Republic (14 October 2009). The speaker of the Lithuanian parliament insisted that Europe adopt ‘a single view on the crimes of totalitarian regimes’.

The spirit of the Prague Declaration is inserted into the ‘Stockholm Programme 2010-2014’ with a provision on ‘equality’ of totalitarian regimes (report of 8 Dec 2009).

Attempted academic justification for the Prague Declaration by Rokas Grajauskas in Lithuanian Foreign Policy Review, 2010 (2): ‘Is there a chance for a common European culture of remembrance?’

After the EU’s Dec 2010 repudiation of attempts to insinuate Double Genocide in the Stockholm Programme, the Prague Declaration movement regroups in 2011 under the banner of: The Prague Process, announcing plans for 29 March 2011 meeting and funding under the ‘Europe for Citizens’ program, as well as plans to (abuse) the Hungarian and Polish presidencies of the EU for the red-equals-brown movement.

In 2012, the Lithuanian foreign ministry announces that pursuing in the EU the proposed unification of European history in a red=brown framework would be one of the formal goals of Lithuania’s 2013 rotating presidency of the EU.