Tangible statues, plaques and street names are the “physical” part of the story. Even more insidious, some argue,  is the export to the West of the new East European Holocaust revisionism, which glorifies as “heroes” East European participants in the killing and collaboration with the genocide (usually on the grounds of the perpetrators having also been supposed “anti-Soviet” which indeed they generally were).

For close to a dozen years, DH has been monitoring some of the relevant developments in:

DH has also been covering the export of East European nationalist glorification of collaborators and the revisionist “Double Genocide” history more generally to Western countries, leading to Western responses on all sides of these questions. Coverage includes:

See, in the selection below, some of the monuments, all installed in recent years, in public or semi-public space in Belgium, Canada, and the United States.

In the summer of 2020, a new saga got underway: the Lithuanian parliament’s decision to name 2021 in honor of Juozas Lukša, a member of the Hitler-supporting militia called the Lithuanian Activist Front who is alleged to have participated in atrocities in Kaunas, including the infamous Lietukis Garage Massacre (which has never been seriously investigated), in June 1941. DH chronicles the debate. Our take.

For more background on this undercovered, under-the-radar 21st century phenomenon, see our academic background page, and DH sections on “Double Genocide” revisionism, and glorifying perpetrators, also on attempts to prosecute survivors who resisted. 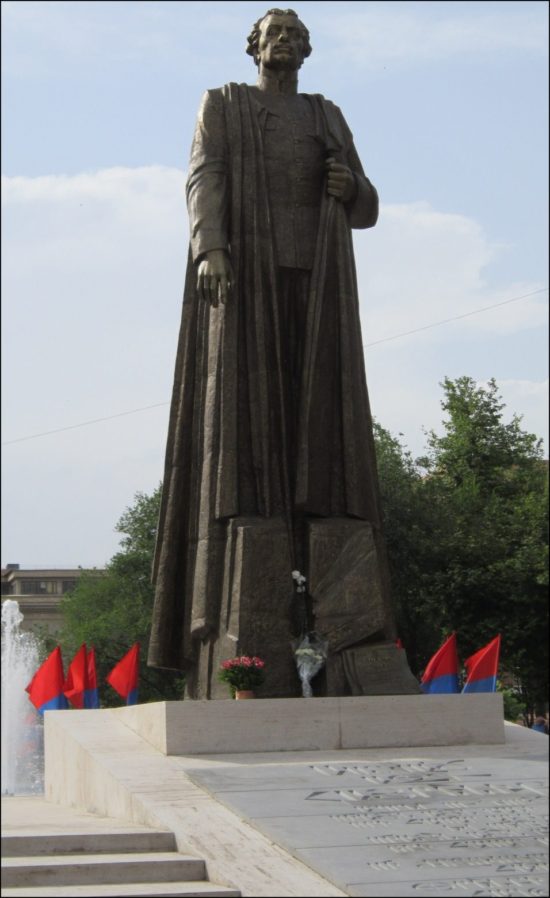 During World War II, Armenian nationalist Garegin Nzhdeh (originally: Garegin Ter-Harutyunyan , 1886–1955)) put his 30,000 man military units at the disposal of Nazi forces whom they served in the Caucuses and Crimea, and also in France fighting Allied forces. In 2016, this monument to him went up in Armenian capital of Yerevan. Report in the Jerusalem Post.

The Lihula Monument to the Estonian Waffen SS group who fought for Nazi Germany. At a museum in Lagedi, Estonia. 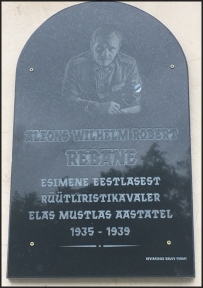 More on Estonia’s monuments to the Waffen SS. 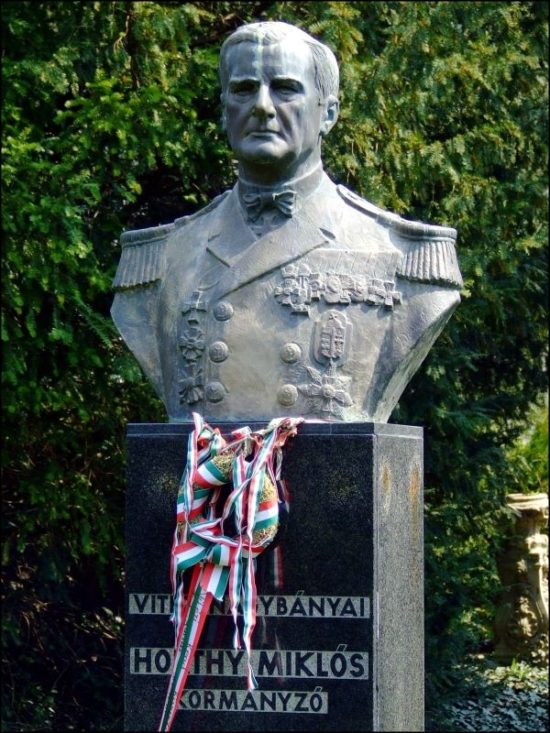 Statue in Budapest, unveiled in 2013,  of Hungary’s Regent Miklós Horthy (1868–1957) who supported and enabled Nazi Germany’s project for his citizens of Jewish background to be annihilated via deportation to extermination camps. In 2014, the New York Times covered Randolph L. Braham’s return of a state award after the honoring of Horthy. 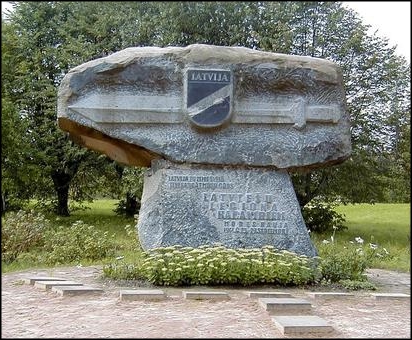 Sculpture in Bauska, southern Latvia, glorifying the Latvian Waffen SS Division that fought for Nazi Germany during the war. For good measure the text adds a quote: “Latvia should be a Latvian state.” 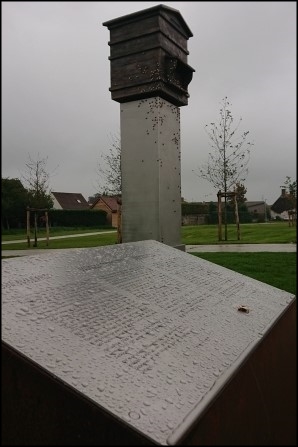 According to the website of the Museum of the Occupation of Latvia, this monument to Latvia’s Waffen SS Division that fought with the Nazis against Allied forces is the first outside the borders of Latvia, in Zedelgem, Belgium, where it was unveiled in September 2018 by the town’s mayor. 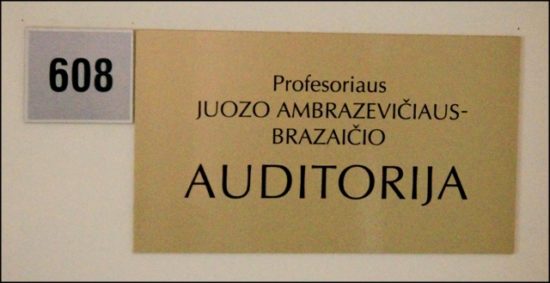 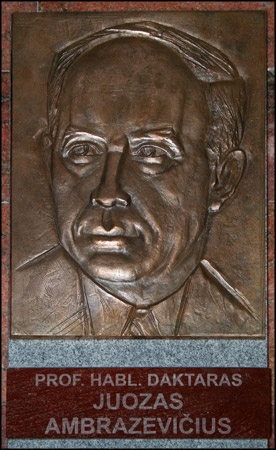 The major university in Kaunas, Vytautas Magnus University (VMU), named for the Grand Duke whose charters of tolerance for his Jewish subjects in 1388 and 1389 are highpoints of medieval Europe, inaugurated a lecture hall and bas-relief to glorify Juozas Ambrazavicius-Brazaitis (1903-1974), the head of the provisional Nazi-puppet government of summer 1941. In 2002, a major scandal broke out over the state’s reburial with full honors of his remains from a US cemetery Dedicated in 2007. See DH’s page on public memorials glorifying collaborators. 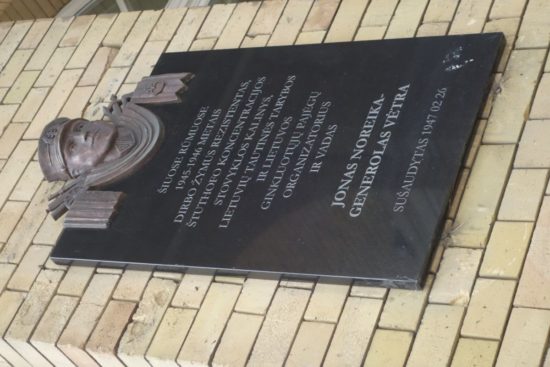 After a dissident smashed the old plaque to brutal Holocaust collaborator Jonas Noreika (1910-1947) in 2019, it was glued together and rehung by far-right elements. After the mayor of Vilnius had it taken down, a new and “much better” plaque was affixed in summer 2019. It is affixed to the front of the Wroblewski Library of Sciences in central Vilnius where it continues to mar the status of Lithuania’s proud capital, nearing its 700th anniversary in 2023.

This monument to Adolfas Ramanauskas (1918-1957) was unveiled on the grounds of the Lithuanian World Center near Chicago in a May 2019 ceremony by the visiting foreign minister. This came after a drawn-out battle to have it stand in public land in New Britain, Connecticut, where the memorial to the alleged collaborator in June 1941 atrocities was nixed by the Town’s Council. Defending History followed the saga, was in close touch with the Town Council throughout.There is also a section on Mr. Ramanauskas. BBC report.

In December 2019, United Macedonian Diaspora (UMD) wrote to the American secretary of state concerning two statues, on of Xhem Hasa (1908-1945) and the other of Aqif Krosi Recani (1904-1946). Both were pro-Hitlercommanders of the Nazi-allied forces that  occupied western Macedonia during World War II. The Hasa statue was unveiled in the village of Simnica (see image), Macedonia in 2006, and the Recani statue in the village of Recan in 2015. 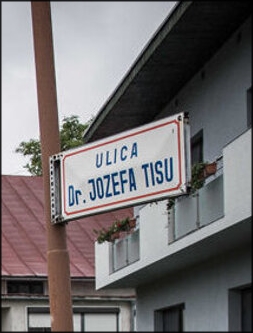 Street named for Hitler’s “clerical nationalist” Slovakian collaborator, Jozef Tiso (1887-1947) in Čakajovce near Nitra. See report in the Slovak Spectator. There is also a full fledged statue in Čakajovce, reported on by the New York Times: 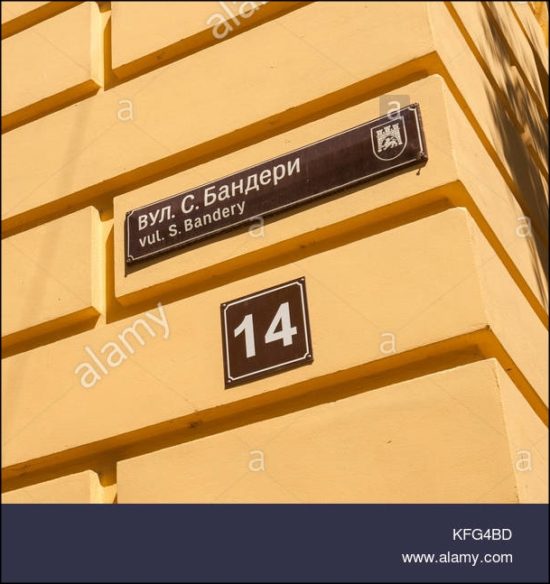 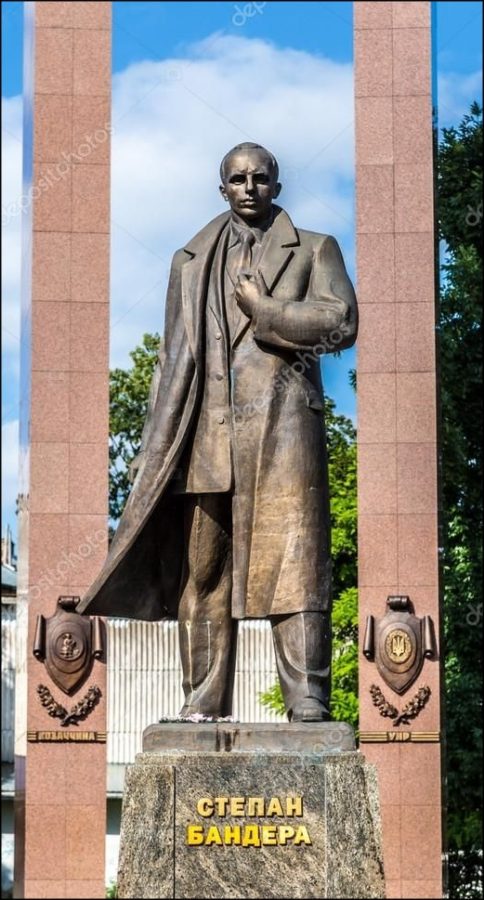 Street in Kiev renamed in 2018 for Stepan Bandera (1909-1959), fascist Ukrainian nationalist leaders whose UPA and OUN were jointly responsible for hundreds of thousands of murders of civilians (Jewish and Polish) during the Holocaust. Below,, the Bandera worship statue in Lviv, western Ukraine. See DH’s section on Bandera, and the major recent book by G. Rossolinski-Liebe.

In Canada, Ukrainian nationalist (or ultranationalist) groups have succeeded in erecting monument to Hitler collaborators, though more in semi-public than in public space. This one,  outside of the Ukrainian Youth Unity Complex in Edmonton, is of a statue of Roman Shukhevych (1907-1950), who led military units that massacred over 100,000 civilians (Jews and Poles) during the Holocaust.  Coverage includes an academic paper by Prof. Per Anders Rudling of Lund, Sweden, and a report by Lev Golinkin in the  American weekly The Nation. See DH’s page on the 2020 debate.

Moss Robeson has documented four major Ukrainian nationalist shrines to Nazi collaborators in the United States, in Ulster County, New York; Orange County, New York;  Parma, Ohio; and Baraboo, Wisconsin. See his report in Medium and his  Twitter thread.  Below a monument in Ellenville, New York, to the Ukrainian OUN / UNA forces, in alliance with Nazi goals, that killed hundreds of thousands of Jewish and Polish civilians. 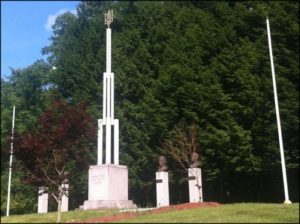 The elaborate monument in Ellenville, (Ulster County, upstate) New York, described by Moss Robeson in Medium.com, contains symbols of the lethal Nazi-alligned Ukrainian fascist groups from the Holocaust years, as well as busts of individual “heroes” Stepan Bandera and UPA Supreme Commander Roman Shukhevych. For good measure there is one of World War I era nationalist leader Symon Petliura whose hordes murdered tens of thousands of Jewish civilians in pogroms during his “freedom struggle.”