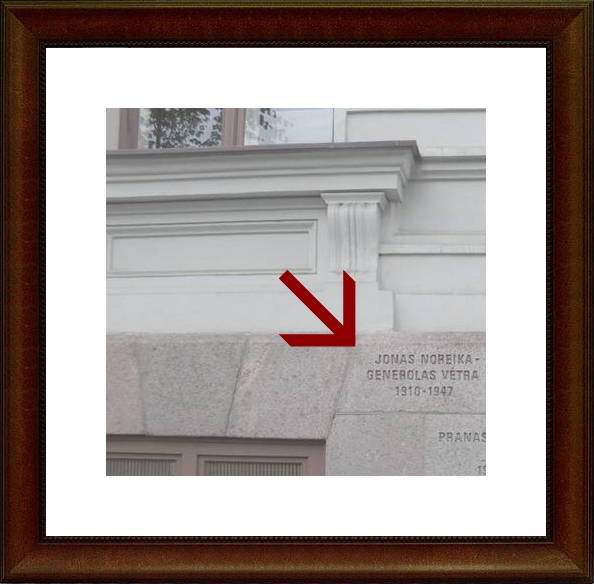 The two sides come face to face in Vilnius on January 15th. The plaintiff, Mr. Gochin, is a South African born California-resident certified financial planner and wealth advisor, whose family lost numerous relatives in the precise area of Noreika’s operations during the Lithuanian Holocaust. His expert witness is DH contributing writer Dr. Andrius Kulikauskas, a Lithuanian-American native of California, who settled in Vilnius many years ago. A prolific scholar, he has become a noted force in the evolving movement for Lithuanian-Jewish partnership and friendship in the course of coming to grips with the actual history of the destruction of Lithuanian Jewry during World War II.

[Update of 10 Jan: Dr. Kulikauskas informed DH that Mr. Gochin and Ms. Foti would not be personally attending the trial in Vilnius, and that he would himself be assuming the official role of “Mr. Gochin’s representative”, both at the trial and at a public lecture and discussion scheduled for Monday evening 14 January under the auspices of the Vilnius Jewish Community. There was considerable disappointment at the prospect that the two prime movers and icons of the court case would not be in attendance, with some expressing hopes that they might yet reconsider.]

But this is a story that goes back years. Defending History’s Evaldas Balčiūnas, who will be in attendance at the trial (and has just published his own take) exposed Noreika to the English speaking world in 2012. His articles on Noreika and other “heroes” implicated in the Holocaust resulted in years of police and prosecutorial harassment and legal proceedings against him. Scroll down to May 2014 in the Evaldas Balčiūnas section. Other residents of Lithuania, which is a robust democracy on virtually all other issues, have encountered harassment and campaigns of professional destruction for daring to challenge the orthodoxies of the country’s state-sponsored “double genocide industry”. But after Balčiūnas’s daring pieces in Defending History,  the question of Noreika per se took on a “separate existence” and in 2015 some major Lithuanian intellectuals, including Rimvydas Valatka, and the late Leonidas Donskis, embarked on a petition to have the collaborator’s honors removed from the public space.

The award-winning 2012 Australian documentary on the foundational years of the Vilnius-based movement to stand up to the history rewriters, Rewriting History, is being made available gratis, online, for the first time this month in conjunction with the looming Vilnius trial. To mark the occasion, Bloom Productions just issued a new release of its own 2013 documentary.

Over the years, the movement’s origins and growth have been reported on by Baltic Worlds, BBC radio, Canadian Jewish News, Haaretz, Jerusalem Report, Jerusalem Post, Jewish Ledger, Mishpacha, and Slate, among others. All the while, much of the monitoring and critique from outside the country came from the office of Nazi hunter and Holocaust historian Dr. Efrain Zuroff, founding director of the Israel Office of the Simon Wiesenthal Center (see archive). Until their health gave way, bonafide Holocaust survivor opposition was led in Lithuania by longtime head of the Jewish community Dr. Shimon Alperovich (1928–2014), and the longtime editor of the community’s quadrilingual newspaper, Milan Chersonski. In recent years, Prof. Pinchos Fridberg, a Vilna-born Holocaust survivor,  has been publishing a daring series of pieces.

The Israeli branch of the movement was led by Joseph Melamed (1924–2017), head of the last major organization of Litvak Holocaust survivors, who was actually disturbed by Interpol (!) in 2011 because of his publication of a list of alleged perpetrators, including Noreika, back in 1999.  Another major force was Professor Dov Levin (1925–2016). After a former director of Yad Vashem, Lithuanian Holocaust survivor Dr. Yitzhak Arad, once enticed to join a Lithuanian state commission, was defamed by kangaroo charges, he himself penned one of the foundational documents of the movement resisting the ongoing history-rewriting. He chose to publish it in Defending History after Yad Vashem turned it down, such are the mixes of politics, pressures and Holocaust commemoration in our time.

The Vilnius trial gets underway some seven years after Evaldas Balčiūnas first brought the case of Noreika to the wider world and launched his series of pivotal articles on an array of alleged Holocaust collaborators glorified as “national heroes”. Evaldas, who contributed some research to the current trial (and who provided to DH a sample 1941 Noreika order on the fate of his fellow citizens who were Jewish), will be on hand at the January 15th event in central Vilnius. Come and meet Evaldas. For many in the DH community, it is important — and inspiring — that the movement to assert the historic truth was founded largely by Lithuanians, in Lithuania, at great personal cost.

In response to some inquiries about the personal views of Defending History editor Dovid Katz, he provides the following: “Everyone I’ve consulted in our Defending History community here in Vilnius, whatever their background, is strongly supportive of Mr. Gochin’s legal action on the basis of the solid evidence he is supplying, the stack of original documents so meticulously compiled by  the two specialists he was so right to choose: Dr. Andrius Kulikauskas and Mr. Evaldas Balčiūnas, alongside the morally compelling Confirmation document submitted by Silvia Foti. We all look forward to observing the trial that is rightly open to the public, we congratulate Mr. Gochin on bringing the action, and we thank him for publicly announcing its details. By taking this to the Lithuanian courts, under the Lithuanian flag, here in free and democratic Lithuania, Mr. Gochin wisely carries forward the work of his many predecessors in accordance with a higher and majestic historic logic that will be taking on a life of its own. Speaking personally, I cannot agree to or accept the generalized anti-Lithuanian sentiments, prejudices, selective omissions of colleagues’ prior work, historic blunders and sometime bitterness in his personal ‘Times of Israel’ blog posts, least of all on the subject of the many centuries of Lithuania as a magnificent beacon of tolerance in Jewish history and life, including, relative to the Eastern Europe of the day, the interwar republic. This Vilnius court case and a man’s personal opinion blog are two different things. Everyone has a right to their blog. In the midst of my twentieth year of being based here in beautiful Vilnius, I can vouch for the warm hospitality, good humor, cheerful tolerance and delightful nature of this country’s people. Moreover, we in the DH community never stop celebrating the true — and truly eternal — Lithuanian heroes of 1941, the amazing people who risked everything to just do the right thing and save a neighbor from their own nation’s then “nationalist leaders”. Following the tradition established in 2018, we  have announced DH’s 2019 Person of the Year in that same spirit. Happy New Year!”

2018 articles on these issues:

The New York Times on 30 March and 10 September, and in Tablet on 11 April. Academic background in a series of papers. The remarkable 2018 essay in Salon magazine by Silvia Foti, Noreika’s granddaughter, an American educator and author who has recently set up a website and online Noreika museum

“This is not about whether the guy would have been convicted of genocide in a court of law. It is about whether a proven collaborator in the annihilation of his country’s Jewish citizens should be glorified by government funding as a national hero in a democratic state that is a proud member of NATO and the European Union.” 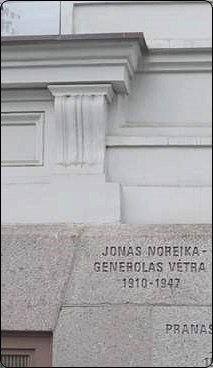 QUESTION: Will the state-sponsored “Red-Brown Commission” be issuing a rapid and morally clear statement calling for removal of honors for Nazi collaborators?

Dr. Andrius Kulikauskas will be expert witness for the plaintiff . Whom will the Genocide Center be putting up to face him?

There is a growing consensus that public tributes to  Holocaust collaborators are damaging to a successful, modern EU democracy. Among the many other Noreika memorials: 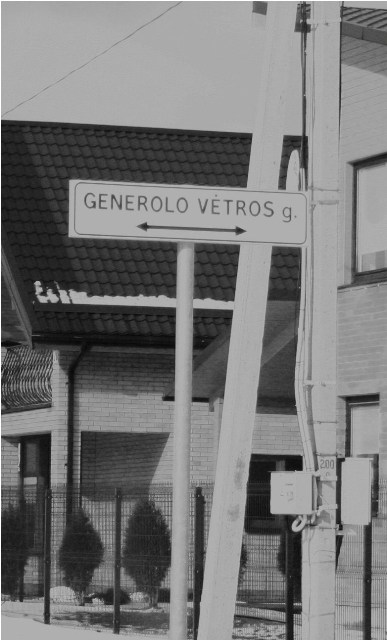