On February 8, 2018, Grant asked that I conduct an investigation into Noreika’s crimes against humanity. I wrote for him the query which he submitted, which the Genocide Center publicly condemned, and which the press has yet to digest. So I will explain how the investigation unfolded and will share some of the key documents mentioned in the query.

I am an expert on Lithuanian accountability for the Holocaust, the author of  How Did Lithuanians Wrong Litvaks? But I do not know Russian.  In order to understand the KGB  interrogations, which are an important historical source and which the Genocide Center references extensively, Grant agreed to hire Evaldas Balčiūnas as well. I photographed more than 20,000 pages in various  archives, and Evaldas provided summaries of the documents in Russian. However, the most important documents we found were in Lithuanian.

Run-up to the Vilnius trial

Originally, I thought that Jonas Noreika was a peripheral figure in the Holocaust and simply played his part as Šiauliai District Chief. However, the Genocide Center credited him as the leader of the 1941 rebels in all of Telšiai District or even all of Žemaitija.  So I understood there could be related crimes against Jews.  So I looked up the Telšiai rebel newspaper Žemaičių žemė. It’s enough to read through issue N0. 5 to realize that Jonas Noreika was responsible for crimes against humanity. 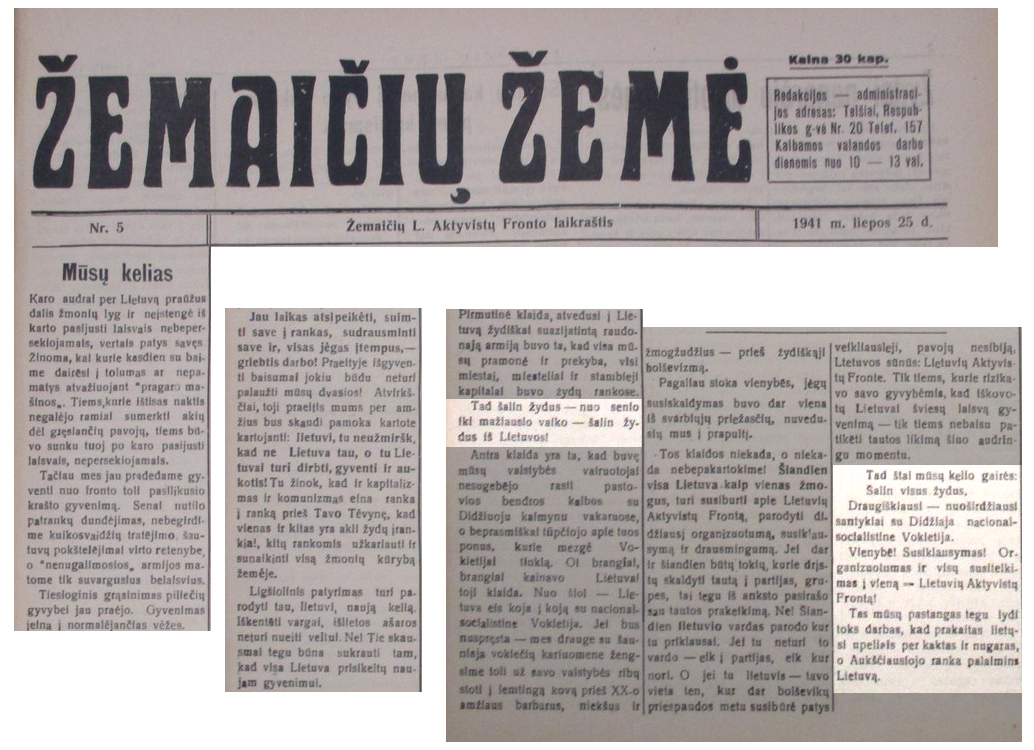 However, a key point in the investigation was the realization that  Povilas Alimas, whom the Genocide Center blamed for the genocide in Plungė, was Noreika’s subordinate at the time. Two weeks later, Noreika included this mass murderer in his delegation to congratulate the Provisional Government in Kaunas! As our research proceeded, it became apparent that Noreika was the leader of a criminal gang in Telšiai District which called itself “the Republic of Lithuania” and which was responsible in July, 1941 for the murder of about 3,000 Jews and 300 Lithuanians. I drew the following network of Noreika’s subordinates which includes 9 organizers of mass murder and 18 others who committed crimes against humanity. 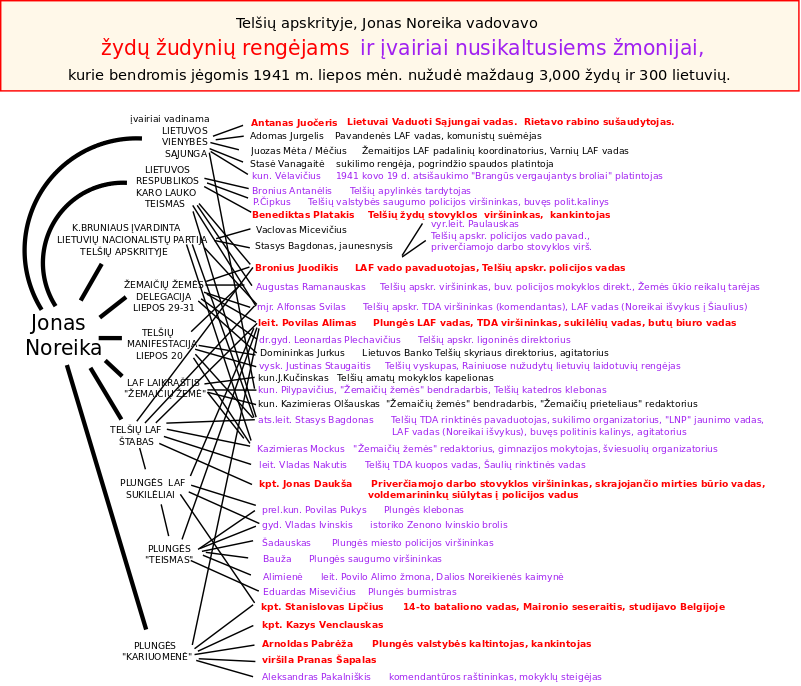 Here are some other key documents cited in Grant’s query:

Permit for the Lithuanian National Socialist Police in Telšiai District to carry weapons. 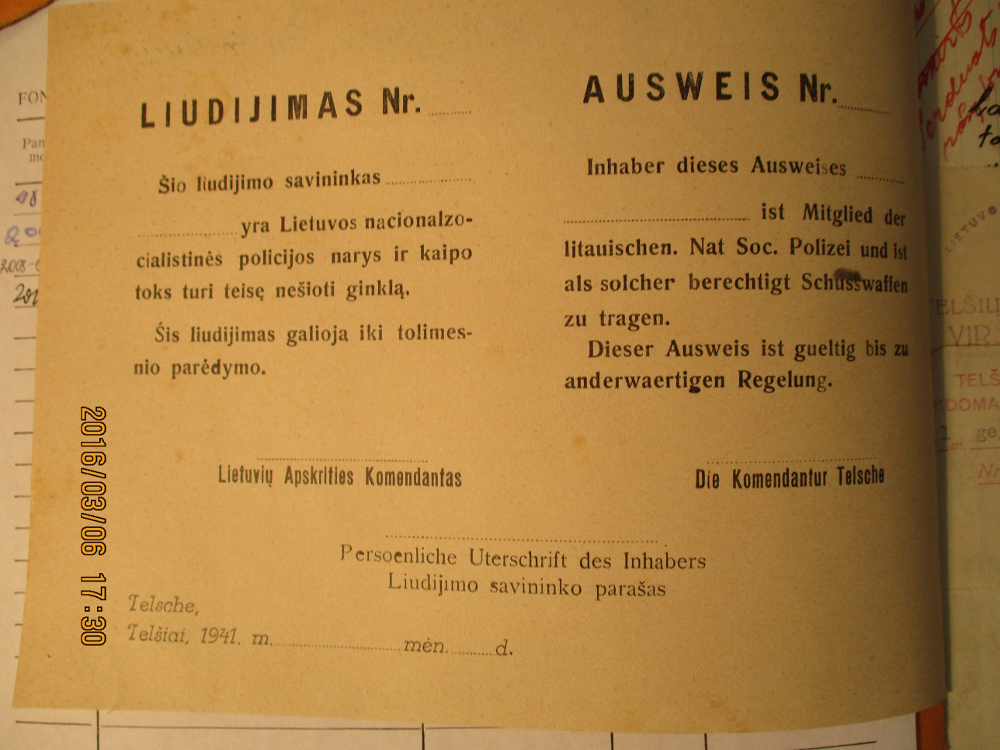 The Republic of Lithuania’s criminal case against Vladas Bauža where he is sentenced to death and his request for clemency is rejected.