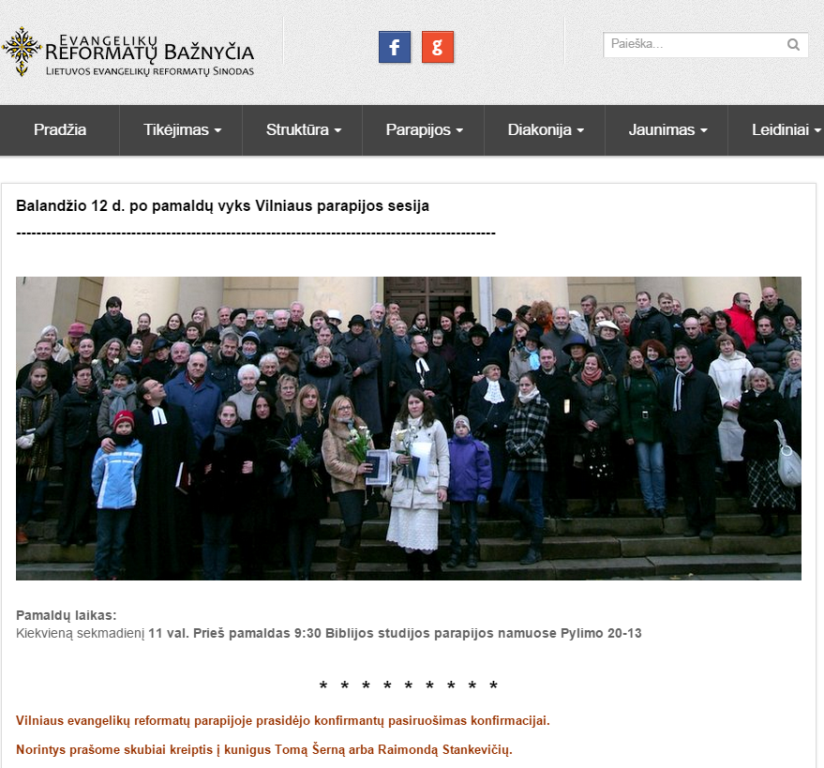 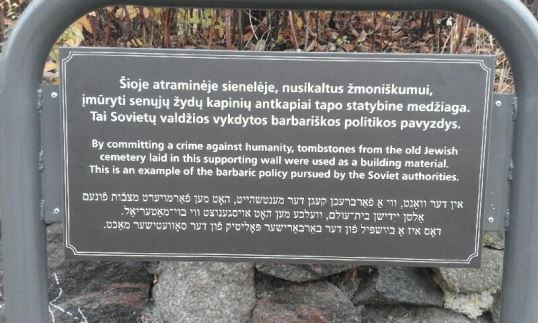 Posted on 21 January 2019 by Defending History

One of the stones with visible Jewish lettering stepped on for decades during its stint as a step at the front entrance of the Reformed Evangelical Church on central Vilnius’s Pylimo Street. Photo: DefendingHistory.com.

VILNIUS—More than five years after Defending History’s September 2013 article (“Where You Have to Step on Old Jewish Gravestones to go to Church”), almost four years after Julius Norwilla’s May 2015 impassioned plea (“A Protestant Pastor in Vilnius Speaks Out About Church Steps Still Made of Pilfered Jewish Gravestones”), and almost five since Genrich Agranovski’s 2014 survey (“The Stones Tell Me. After All, They Lived Here”) of Jewish gravestones pilfered for public space in Vilnius, the steps were finally removed last week in the face of mounting international pressure.