In addition to the program sanction by the City of Vilnius, members of the Lithuanian Freedom Fighters Association and the Lithuanian Biker Congress laid flowers and burned candles at the monument for victims of the Soviet genocide. Nearby, on the fence of the Genocide Museum and Vilnius District Court, artist Gediminas Ruzgys hung an exhibit of more than twelve posters which presented a disturbed view of history, reveling in Bolshevik atrocities and celebrating the uprising which “drove terror into the Bolshevik occupying army and the lackeys of the occupational forces”. 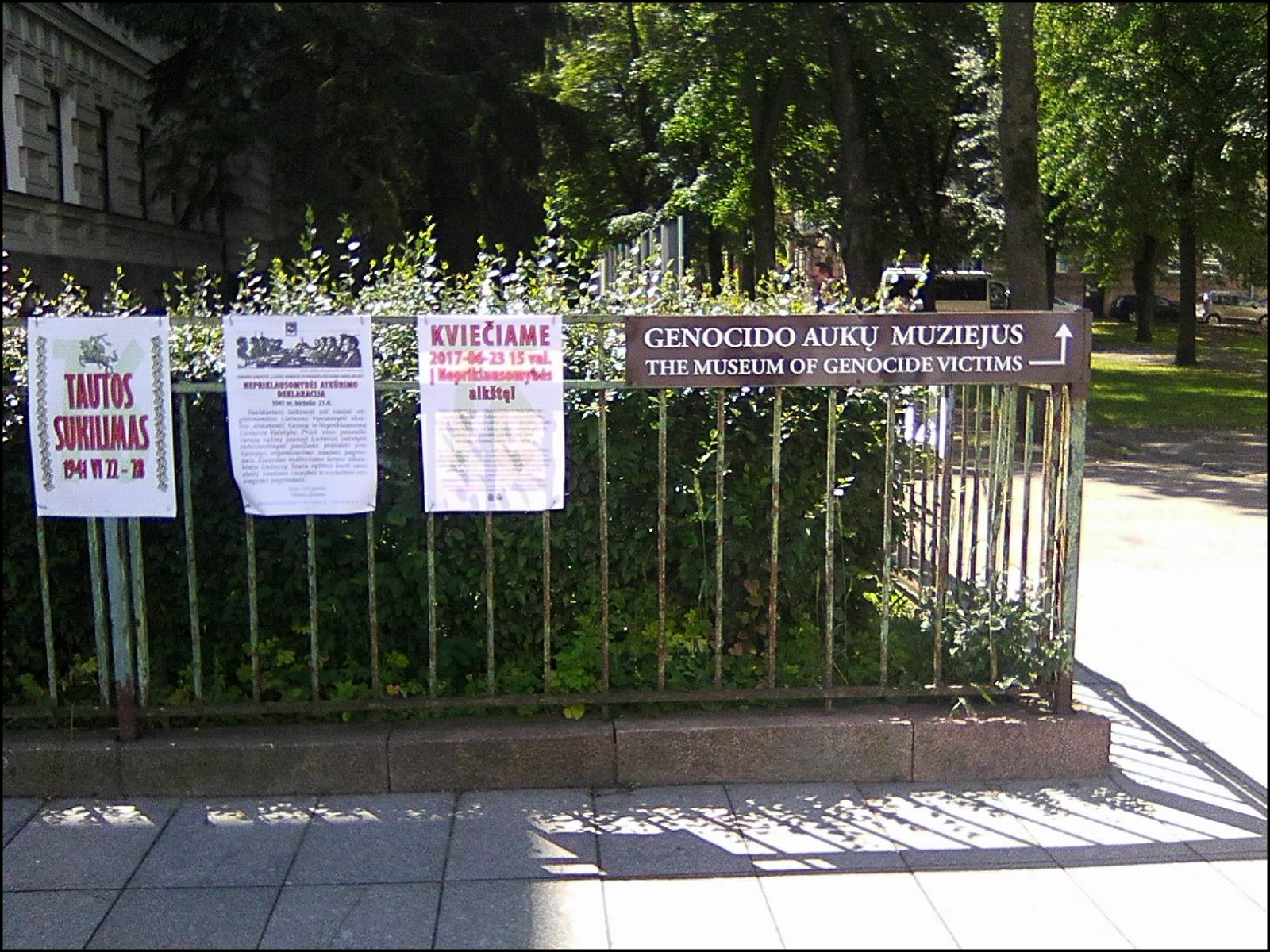 Missing from this exuberant account is the story of thousands of Jewish families who tried to flee from Nazi Germany’s invasion, were forced back by Lithuanian partisans, arrested by the Lithuanian Activist Front, and held in the concentration camp organized by Lithuania’s Provisional Government. Three thousand such “lackeys” were executed without trial at Kaunas VII Fort on July 4-6, at the command of German SS officer Karl Jaeger, and supervised by Lithuanian officers who belonged to the Voldemarininkai / Lithuanian Nationalist Party, from which about half of the Lithuanian Freedom Fighters Association derives.◊◊

Kęstutis Balčiūnas of the LFFA, organizer of the commemoration, kindly granted a one-and-a-half hour conversation, in which he said that the purpose was to remember the June 22-28 rebellion, along with the Lithuanians who gave up their lives, as a manifestation of the nation’s will against Soviet occupation and for independence. He believes that the Lithuanian government should give legal status to the Declaration of Independence made in Kaunas on June 23, 1941. In 2016, the Lithuanian Freedom Fighters Association, the Biker Congress of Lithuania, and the Christian Motocyclist Project of Lithuania delivered a letter to the Parliament to encourage it to do so.

This goal is the main reason for the commemoration, which took place in 2015 and 2016 as well. However, historians such as Parliament member Arvydas Arnušauskas had made this difficult by pointing out that this declaration includes the sentence “Before the pure conscience of all the world, the Lithuanian nation promises to contribute to the organizing of Europe on new foundations”, which apparently is a nod to Hitler’s New Europe. Kęstutis Balčiūnas thinks that it is unfair to draw such a conclusion. He was supportive of dialogue as to historical truth, including how Lithuanians wronged Jews, but also, why did their good relations go wrong so quickly? How did Jews wrong Lithuanians? He agreed that these were questions that could be investigated together.

The Catholic online news portal Bernardinai.lt published Kęstutis Balčiūnas’s invitation, which includes the logos of the Lithuanian Freedom Fighters Association and the Biker Congress of Lithuania. The latter logo is a stylized swastika made of four interlocked arms inside a wheel. 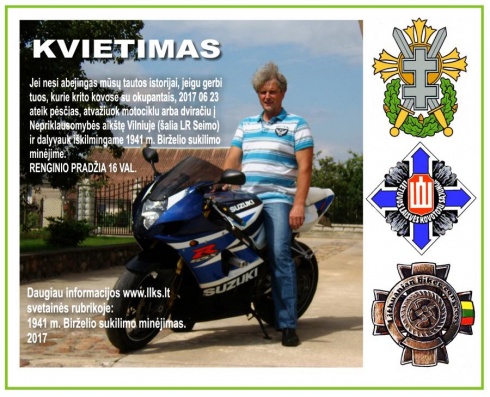 The BIKER LT logo (at left) is a stylized swastika.

Rev. Egidijus Kazlauskas of the Christian Motorcyclist Project of Lithuania, “Suk rankeną”, in a half-hour conversation, was very interested to learn about how Lithuanians had wronged Lithuania’s Jews, and also, was keen to foster dialogue. He consistently called himself a “motorcyclist” rather than a “biker” and he said that his project did not approve of skulls and other such symbols. His motorcyclists had accompanied the holy relics of Teofilijus Matulionis from Kaisiadorys to Vilnius on the occasion of his historic beatification on Sunday, June 25.