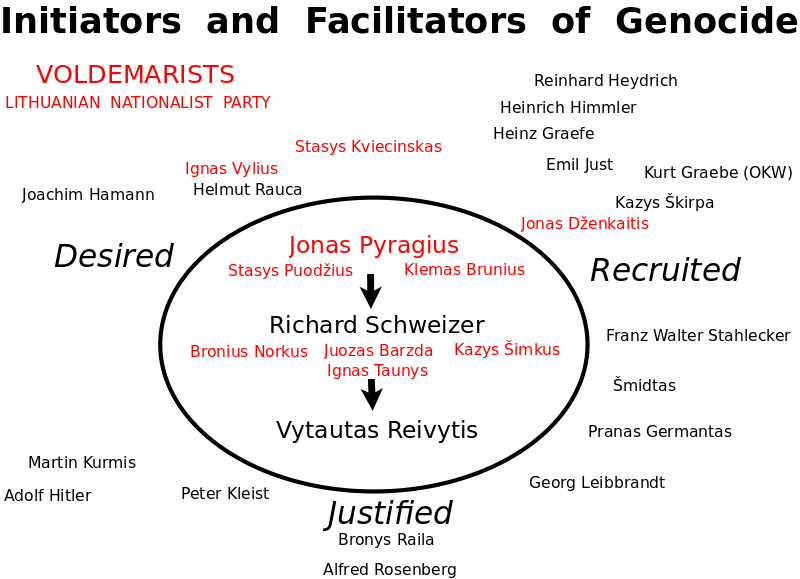 ABSTRACT OF PAPER TO BE DELIVERED AT WROCŁAW UNIVERSITY ON 8 JULY 2017:

Determining Personal Responsibility for a Social Calamity: The Origins of the Holocaust in Lithuania

Society endures calamities which are so horrendous, complex and chaotic that it seems no person could be responsible for them. Even so, I can investigate, for example, how responsible were my fellow Lithuanians for the Holocaust? According to historians, it was only in September, 1941, that Adolf Hitler decided to kill all of the Jews in Nazi-occupied Europe. By that time, one-third of all Jews in Lithuania had already been killed. A moral analysis distinguishes three degrees of personal responsibility: champions, opportunists and slaves.

A major event such as a genocide requires a champion who risks and sacrifices all they have for the sake of this goal; who learns by a cycle of taking a stand, following through and reflecting; and who draws others into this cycle by wishing, recruiting and articulating. In Lithuania, such champions of genocide were police officer Vytautas Reivytis, double agent Ričardas Šveiceris, and air force pilot Jonas Pyragius. They were supported by dozens of opportunists who supported only part of this learning cycle — wishing, recruiting or articulating — and who participated for ulterior motives, such as advancing their careers. They certainly participated voluntarily, for it is not possible to force one to exercise creativity, as in organizing others. Slaves are those who are forced to commit crimes. But even slaves can show good will. We can likewise investigate today who is personally creating our financial, environmental and political crises.