That Cukurs is back in the news here now has to do with a new musical to premiere soon across Latvia for which a Youtube promo clip of Herberts Cukurs has elicited such comments as “wonderful, nice music, nice voice!” and more. This naturally makes a mockery of the memory of victims of the Holocaust.

In the clip Cukurs sings of his coming to the Almighty, asking that he not be shown mercy but that he be judged truthfully as to whether he is a perpetrator or a victim. The beautiful operatic voice of Juris Millers sings out “You, who never forgets, — They will be forgotten” in a clear reference to the Israeli intelligence agents who killed Cukurs in a suburb of Montevideo, Uruguay, in February of 1965.

The Youtube clip also features beautiful words about the sky, about the patriotism of Cukurs and about the fatherland which will bring him peace. The video is accompanied by flattering photographs of Cukurs in the cockpit, near an airplane wing, in the uniform of a pilot, and the like.

Then the clip proceeds to announce the release of the musical Cukurs, Herberts, Cukurs (“Sugar, Herbert, Sugar”) and the sale of tickets for a choice of performances “in all of Latvia” starting on October 11. 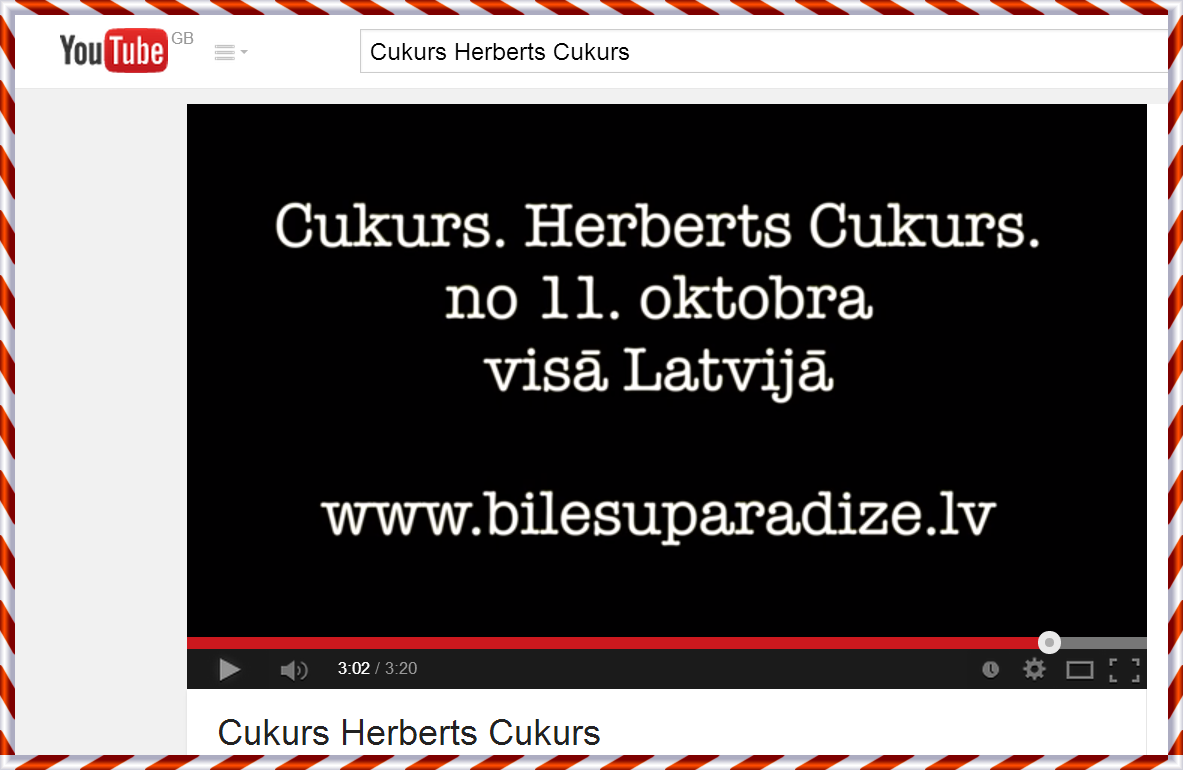 Cukurs in fact always denied his involvement in the murder of Jews and declared that he hid five Jews during the war. The truth as it might have come from a court was one that he evaded by his flight to South America.

But according to many Latvian writers and historians there is no conclusive evidence of involvement of Herberts Cukurs in the killing of Jews during the time he was a leading member of the Arājs Kommando that did just that. We are asked to believe that in that commando, created explicitly for the murder of Jews and Communists Herberts Cukurs, a professional soldier from 1919, only repaired the cars and drove the killers to the sites of their destruction of Jewish victims of the Holocaust, but he did not shoot anyone. 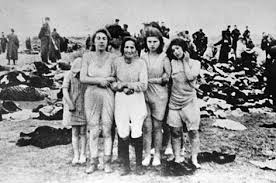 Five Jewish women, part of a much larger group, photographed as they are humiliated and prepared for execution by the Arājs Komando (1941)

I was outraged when I saw, some fifteen years ago, Cukurs’ dashing photo on the cover of Rīgas laiks (Riga Time), followed inside by an interview with the respected professor Andrievs Ezergailis (Ithica College in the United States) about Herberts Cukurs. Ezergailis, author of a major work, The Holocaust in Latvia, 1941-1944 (Historical Institute of Latvia, Riga 1996 [Roland Binet’s review is here — Ed.]).

The distinguished professor stated that there is no evidence of Cukurs’ involvement in the murder of Jews. It so happened that a month after the publication I met Professor Ezergailis and Dr. R. Viksne in the lobby of the University of Latvia following an academic conference. I respectfully informed the professor that the museum Jews in Latvia in Riga held a lot of evidence that Cukurs really shot prisoners of the Riga Ghetto, among other places, for example the memoirs of Ella Izrailevna Medalye (maiden name Gutman). The professor replied that he is not familiar with the Medalye memoir, but asked me to help him gain access to the materials on Cukurs held by the archives of the Mossad. Believe it or not, he thought that a simple employee of the Jewish museum in Riga would help get archives of the Israeli secret services…

Like Alla Medalye, other important witnesses, including Sholem Koblyakov, lived until deep in the 1990s. If Latvian scholars, journals and prosecutors had the slightest interest in learning more from eyewitnesses, they had every opportunity to come and speak to any of them. As far as is known, they did not (or if they did, they have not made public any contents or results).

Here is an excerpt from the memoirs of Ella Medalye, held by the Jews in Latvia museum ( accession number III / 198). On page 10 shows Ella Medalye:

“I once saw from the window Cukurs arriving by car in the ghetto. He was drunk and could barely stand up. He snatched his gun, he started up the streets of the ghetto, bursting into laughter and drunkenly shot at the terrified people like hunted wild beasts.”

Another excerpt from Ella Medalye’s testimony:

“In the last days of July 1941 a group of Latvian Perkonkrusts [members of a pro-Nazi nationalist Latvian movement featuring swastika-like symbols, founded 1933 ― A.F.], adorned with skulls on the hairs, gathered everybody in the Jewish quarter where I lived (on Tomsona Street) and took them to headquarters at Gorky Street 19.

“There I first saw Cukurs who was chairing the group together with Arajs himself. Under their leadership, extermination of Jews who were brought here from different parts of the city was carried out, but not here; after all sorts of humiliation they took them into the woods to be shot. Repeatedly, I had to watch for a long time how their vehicle would take the Jews away and return with ample traces of blood and a bloody shovel.

“The second time I saw Cukurs, on December 7, 1941 in the forest (in Rumbula) at the second mass shooting of Jews in the process of liquidating of the ghetto, which killed about 40,000 Jews. Punitive force led by Cukurs participated at this unprecedented torment of the Jews. Above us they mocked us and beat us. We were forced to undress, tie up our shoes so that not one pair of shoes would be lost, and to fold our clothes in a certain order. The cries of babies and the cries of mothers and the cries of the elderly did not stop these butchers in their work.”

And here is the testimony of former ghetto prisoner Mendel Vulfovich kept in the archives of  the museum “Jews in Latvia”:

“Herbert Cukurs was one of the main leaders of their [the Jews’] removal from out of the ghetto and to Rumbula, where they were all shot. Herberts Cukurs went about with his revolver and shot all of the laggards in the column, — the old and the sick — on the spot.

“He went with a revolver and shot all the laggards of the column — the old and the sick — on the spot. All this I saw through the attic window on Ludzas Street 50.”

How then can we evaluate the appearance of the video praising Herbert Cukurs as advertisement for the new musical Cukurs, Herberts, Cukurs (“Sugar, Herbert, Sugar”)?

First, it is a mockery of the memory of the victims of the Holocaust. It is tantamount to spitting not only at the victims and few survivors, but at their families and descendants living in Latvia, Israel, the United States, Germany and other countries around the globe.

Secondly, the video and the new musical making light and fine of a perpetrator of the massacre of Latvian Jewry, is an action against today’s Latvian state. It can only serve to spoil the image of Latvia in the eyes of our allies in the European Union and NATO.

Aleksandrs Feigmanis, who holds masters and doctoral degrees, is a Riga-based tourist guide and genealogist in Latvia, Lithuania and Belarus. His websites are BalticGen.com and BalticGenTour.com.