Real or Rigged ‘International Conference on Fascism and Antisemitism’ in Vilnius on 9 November?

Posted on 7 November 2017 by Defending History

VILNIUS—Yet again, a conference here in the Lithuanian capital dedicated to combating fascism and antisemitism is announced, without there having been a public call for papers, without a single speaker from among those who actually combat fascism and antisemitism in the country, with nobody from the democratically elected Vilnius Jewish community (not even the long-time editor of Jerusalem of Lithuania who has exposed and combated antisemitism for decades). No Holocaust survivors. None of the nationally relevant questions of the day can be found on the conference program. As ever, outstanding academic personalities from abroad are recruited to lend the gravitas and provide serious papers on an array of topics (which they admirably do), as long as these have little directly to do with the actual contemporary issues here in Lithuania (but the conference introduction by Prof. Dovilė Budrytė does indeed touch on some of the issues, which seem, however, to be largely absent from the actual conference program). The last such event, in 2015, resulted in the Norwegian Embassy withdrawing support and launching an inquiry on behalf of the EEA (European Economic Area) funders of that event.

Christine Beresniova, a doctoral scholar at Indiana University (Bloomington) has exposed the disturbingly racist images in a popular Lithuanian language manual that have disturbed foreign Lithuanian language students for many years. The public disclosure is reported today in an article in the main daily newspaper in Vilnius, Lietuvos rytas. 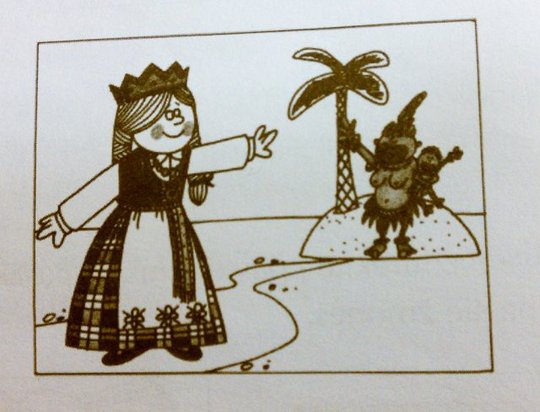