Posted on 29 April 2015 by Defending History

Trix & Treats for Londoners in Vilnius?

Why did Lithuania’s Prime Minister Entertain Non-Litvak (“Galitsyáner”) Rabbis from London to “Permit” a $25,000,000 Convention Center Project in the Heart of the old Vilna Jewish Cemetery?

All three Vilnius rabbis were excluded from the conversation. And — an international (secular) “Heritage Commission” was set up to “save” Jewish cemeteries… 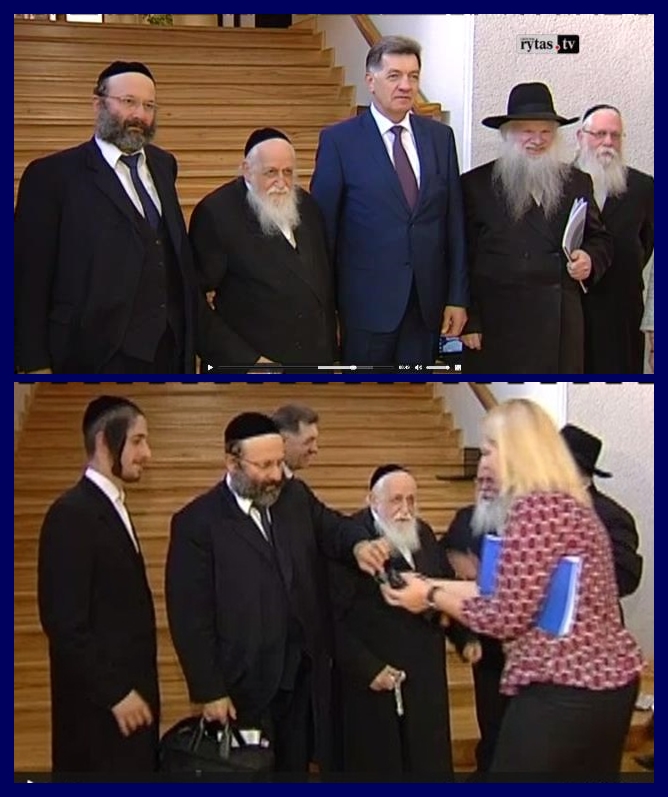 Above: Prime Minister of Lithuania Algirdas Butkevičius welcomes London-based rabbis from CPJCE who “permitted” a  $25,000,000 convention center project for the middle of the old Vilna Jewish cemetery. Below: Government’s top Jewish affairs maestro Lina Saulėnaitė entertains the delegation. PM is 3rd from left. A 2009 U.S. State Department cable refers to these rabbis being paid $100,000 for “supervising” some “beautification” and “exploratory digging” but what are they being paid this time, for “supervising” construction of the convention and entertainment center? IMAGE: Stills from the Lrytas.lt Lituanian TV video.