Can Pope Francis, in Vilnius, Heal the Blind at Lukiškės Square?

Posted on 22 September 2018 by Defending History

Pope Francis’s two-day visit to Lithuania this weekend includes a symbolic stop at the Vilna Ghetto on his second day, September 23, at roughly 4 PM at Rūdininkai Square. On that day, 75 years ago, Nazi Germans liquidated the Vilna Ghetto, murdering some of its Jews in Paneriai Forest (Ponár), and moving the rest to concentration camps in Latvia, Estonia and Germany. Since 1994, it has been the National Day of Commemoration of the Genocide of Lithuania’s Jews. Now it will surely be linked in the Lithuanian psyche with this visit by Pope Francis, and perhaps some day, Saint Francis. 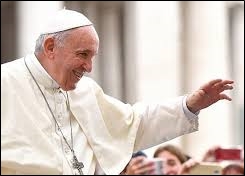 Pope Francis in the Lithuanian capital

However, his visit is also a chance for him to make plain to the children of God our lack of empathy for Lithuania’s Jews. A very short detour to the “Vilnius Sports Palace” — and a heavenly nod by the Pope — would let us tear down that “Soviet temple”, resurrect the holy Jewish cemetery beneath it, and enjoy a symbol of Litvak and Lithuanian friendship forever. This brings to mind the detour Jesus made in Jericho, when two blind men called out, “Lord, have mercy on us, you son of David!” And Jesus halted the crowd.