DEFENDING HISTORY WAS THERE

Official Jewish community’s lay leader, Faina Kukliansky, standing in front of key government officials, valiantly challenged the sincerity of Holocaust commemoration when there are streets and squares named for major Holocaust collaborators and perpetrators. One participant said: “Her courageous remarks and invoking of specific names made for the moral highlight of the day.”

Dramatic reversal comes after years of intense civic discourse led by DefendingHistory.com, writings of Leonidas Donskis, Efraim Zuroff, Dovid Katz, and in the wake of the Brazaitis reburial, the Malát (Moletai) project, challenge to Vilnius mayor to speak out on a street name in his city, and the 2016 Vanagaitė-Zuroff book and their mass-murder-site commemoration initiative.

BUT PONÁR EVENT HAD ITS DISAPPOINTMENTS

Israeli ambassador Amir Maimon “did not find the courage” to include in his remarks the names of his  fellow Israeli citizens Yitzhak Arad, Rachel Margolis (1921-2015), and Joseph Melamed, defamed for posterity by Vilnius prosecutors. See earlier report for more details.

Politicians continued to float idea for a Holocaust museum at Ponár in accordance with the antisemitic establishment’s wishes: “Holocaust stuff out in the forest for The Jews, Genocide Museum fix-it-all-0ver spiel in central Vilnius for the world at large.” See Ponár, Museums, and Mass Graves sections in DH.

Non-governmental projects include Vardai (Names), a project to read names of victims in various locations (FB page). The civic initiative Čia guli mūsiškiai (Here Ours Lie Buried), led by Rūta Vanagaitė and Efraim Zuroff, whose Sept. 23 event at another mass grave site (much further from central Vilnius) attracted dozens of people, mostly from Vilnius, and was covered by Delfi.lt. At her earlier Sept. 22nd event, Julius Norwilla explained Yiddish inscription on the monument to group of educators from Romeris University. Vanagaitė and Zuroff set out their vision for the project. 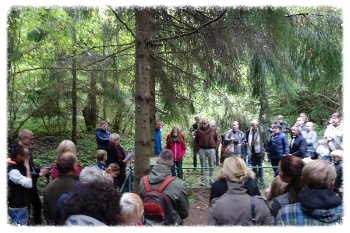 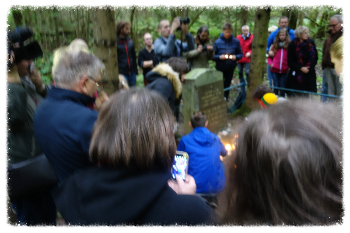 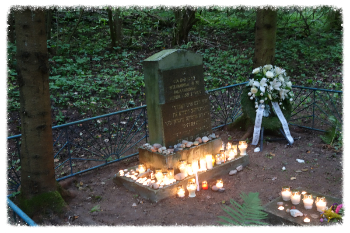 Various of the recent memorial projects have attracted stupendous exaggeration in foreign media, for example a certain headline in Tablet, when in fact around 225 of the 229 known mass graves were unvisited by anyone on the nation’s official Holocaust day.