LONDON—It’s that time of year again. The “Litvak” and “Yiddish” grandees of University College London’s Department of Hebrew and Jewish Studies, and various cohorts from near and far, queue up to bask in the pot-of-lentil glories offered for their repeated championing of state PR, even when it entailed betrayal of the interests and causes of Holocaust survivors, the actual Litvak legacy, and bona fide Yiddish language and culture. The roster from previous years includes the 2011 conference intended to “fix” the narrative of the Holocaust in the direction of Double Genocide, which resulted in a major protest that included, to her (and the department’s) great credit, the then head-of-department (For the Economist’s coverage see here and here; more media). The record also includes the 2012 refusal of conference organizers to allow a Holocaust survivor five minutes to read a polite statement of concern.

Then there was the 2013 event honoring the Lithuanian Foreign Ministry promoted book by American author Ellen Cassedy, where failure to include a single panelist of another opinion led to a meaningful and peaceful protest. The list goes on and on, and whatever the subject of any year’s Annual “Litvak Days” at the Lithuanian Embassy in London, it is the same “politically reliable” ersatz Litvaks who get brought back with airfares and hotel, along with some genuine and unsuspecting specialists in the announced subject of the conference whose fine academic work is commandeered for the larger political purposes of the event.

As ever, UCL’s Prof. M. Berkowitz, and Brandeis Prof. Antony Polonsky — both world-famous academics — are returned at this year’s “Litvak Days” event (29-30 November) to ensure that nothing “untoward” gets brought up, or that if it is, it is rapidly put down (see the comments by the daughter of the survivor refused five minutes’ time, who has himself since passed away).

Hey, folks interested in Lithuanian Jewish culture have an inspiring alternative for the 29th. London’s Central Synagogue, in cooperation with Spiro Ark, will be hosting a book launch for the English edition of the great Litvak (Russian-language) author Grigory Kanovich’s autobiographical novel Shtetl Love Song, set in his native Lithuanian town Yáneve (Jonava).

Modern Lithuania is a successful democracy with many proud achievements including much lively give-and-take on contentious issues of the day. There is no reason for the Foreign Ministry’s long-standing policy of covering via lavish “Jewish events” for Double Genocide politics (which themselves comprise defamation of Holocaust survivors who resisted — no state apologies to this day) with state-sponsored “Jewish,” “Yiddish” and above all “Litvak” events designed for two purposes. First, as noted, it is a fine way to honor “Useful Jewish Idiots” (UJIs) who rush to provide PR for those circles in the Lithuanian government obsessed with Holocaust revisionism (the vast majority of tolerant, open-minded Lithuanians have no such goals!). They also rush to join the stone-throwers against Jewish and Lithuanian “dissidents” alike in ongoing campaigns of defamation. And they rush to join the official government position on just about anything (even having a national convention center in the middle of thousands of Jewish graves, even continuing to honor Holocaust collaborators as “national heroes”).

Second, turning to current affairs, there is a certain wish to make sure that there is no discussion at the event of any of the outstanding issues in Lithuanian-Jewish affairs, nor of the current issues in play. During the last thirty days alone, the parliament has decided to declare 2018 a year in honor of a postwar anti-Soviet fighter who during the first days of the Holocaust led a unit implicated in the slaughter of the Jews of Drúskenik (Druskininkai), though there is no extant evidence of his personal participation in the massacre per se. The proud Lithuanian citizen, Evaldas Balčiūnas, who brought this piece of Holocaust history to light in a 2014 article, has since been hounded with numerous frivolous court cases and harassment by prosecutors. Most recently, on 27 October, Dr. Efraim Zuroff, the head of East European affairs at the Simon Wiesenthal Center, appeared before the Lithuanian parliament to argue against this glorification of a member of a Hitlerist group during the Holocaust. Earlier this month, the European Jewish Congress has protested the campaign of defamation against author Ruta Vanagaite, whose published book on the Holocaust was withdrawn from circulation, among all her other books, after she challenged various aspects of the same national hero’s biography.

During the past week, there has been further “progress” in the state plan to construct the new national convention center in the heart of the old Vilna Jewish cemetery, surrounded by thousands of still-extant Jewish graves (though not gravestones). Over 41,000 people, including many Lithuanian citizens, have signed an international petition. Will it get mentioned at the “Litvak Days” bash? Will someone be inviting participants to sign the petition? Many non-Jewish Lithuanian citizens have added their voices, including prominent Catholic and Protestant figures, not to mention the world’s greatest Litvak rabbis. By some “weird coincidence” however, last year’s “Litvak Days” event was graced by a top (and very, very non-Litvak, hasidic) PR man of the allegedly corrupt London-based “CPJCE” that is alleged to accept secret payments for “supervision of works on cemeteries” when all other rabbis on the planet ban the desecration of cemeteries by such building works; see open letter; coverage by Wikileaks, Jerusalem Post, JTA, and DH, and the section on the London-based “grave traders” [scroll to bottom to peruse in chronological order]).

There is however one suspenseful mystery about this year’s “Litvak Days” embassy PR event in London. Since last year, the government-supported “Lithuanian Jewish Community,” feeling unable to win community elections, changed the rules midway to disenfranchise the 2,200 Jews of Vilnius and empower a roomful of oligarchs (to its great credit, a Lithuanian court ruled on this based on the country’s democratic constitution). At the same time, the living Jewish people in Lithuania organized democratic elections, electing a chairperson who is one of a council of 21 members (which the official community went on to defame via the antisemitic trope of “Russian speakers who say they are Jews” (JTA report; articles by Pinchos Fridberg, Leon Kaplan, and Josif Parasonis); the bona fide community was excluded from the community building by police and security personnel organized by the “government Jewish community.” Will the embassy also be inviting Simon Gurevich, the genuinely elected chair (or any of the 21 elected representatives) of the legitimate Vilnius Jewish community, even if in addition to the government-favored “court Jewish rep”? Have no fear, they are both well able to sit in the same room. They will not start wrestling. 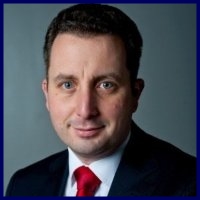 That’s a litmus test. Do the organizers of this event have the moral dignity — or the courage — to at least invite one legitimate representative of today’s Lithuanian Jewry from among the elected council of 21 to the “Litvak Days” of London?