A whole series of memorial plaques commemorate him and various events are held to honor him, including chess championships. There is even a school named for him in Alytus. 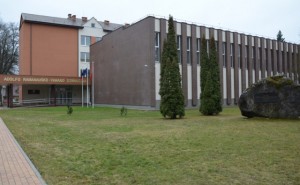 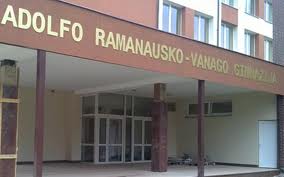 Nice, but this well-known person is also the subject of continued statements by representatives of the Genocide Research Center that “partisan commanders are not connected with the Holocaust” (sample of one such statement here).

Concerning the post-war resistance leaders Juozas Lukša and Adolfas Ramanauskas, accused of the genocide of the Jews during World War II on one Israeli website of Holocaust survivors, we can corroboroate that Adolfas Ramanauskas, after the German-Soviet war had begun, went to Druskininkai, in southeastern Lithuania, joined the Lithuanian insurgent ranks in June 1941, and became commander of the property protection unit. There were eighteen people in the unit. After becoming commander, he assigned the men of the unit “to guard duty, at different warehouses and shops, where assets remained. This unit […] did nothing other than this. This unit did not carry out any kind of punitive actions because the police had already been set up in the town at that time.” Ramanauskas was unarmed and after about two weeks gained employment in the administration of this resort town (Druskininkai). The basis for these statements is in the records for the June 17, 1957 and July 9, 1957 interrogations of Adolfas Ramanauskas, kept in the Lithuanian Special Archive.

Through a single decision made by Lithuanian politicians, all evidence collected by Soviet law enforcement is inadmissible. Even so, what people have said against themselves is still recognized, but often even that is subjected to doubt by stating such statements might have been obtained through the use of force. Therefore, the sources cited by the Genocide Research Center are insufficient to show even that Adolfas Ramanauskas commanded one of the insurgent units in Druskininkai in 1941.

One must be cautious in writing about this person in Lithuania because his daughter is an active politician, a former MP, and sometimes accuses authors whose ideas she dislikes of libel, and demands criminal cases be brought against them.

“During the days of liberation from the Bolshevik occupation I commanded a partisan unit in the area surrounding Druskininkai and in that town.”

This appears to be the truth. But the claims in statements made to the Soviets that he was not armed seem doubtful, something of an attempt to avoid responsibility. The tale of unarmed insurgents is something incredible. And yet the Genocide Research Center accepts it at face value. Of course if he was unarmed he could not have been party to the mass murder of Jews. Much time has passed and perhaps it was hoped that no evidence would surface showing Ramanauskas had a weapon at that time.

Is that naive? Perhaps, but there do survive from Nazi times documents about the disarming of the Druskininkai insurgents and about some of their deeds. Some of the reports by the scrupulous officials of that time do survive. It’s strange that the people of the Genocide Research Center who present themselves as historians pretend they don’t know about these documents. Some of them were published by the Soviets in the second part of the collection Masinės žudynės Lietuvoje [Mass Murders in Lithuania] in 1973.

For example, the Druskininkai police chief reports on July 14, 1941 to the chief of Alytus police (original in the Lithuanian Central Archives):

“I inform the good sir that I had been in contact with the ortskommandant of Merkinė, but the night before yesterday a German military unit arrived in Druskininkai and set up their command post.

“As before, Luobikis was again appointed burgermeister, and I am polizei chief.

“Under order of the commandant, from today the Jews will wear a white band on their right arm with a Star of David and over two days the Jews will be settled into a Jewish quarter that will be established. The Jews are made to work.

“Doctor Gylys is acting head of the spa.

“All weapons and the militaries’ and Soviet Union’s property is ordered to be collected and turned over to the Germans. They left the police 25 guns.

“Beyond that, they allowed keeping an Ordnungsdienst of unarmed peace-keepers.

“Eleven cases of Communists were turned over to the commandant of Merkinė, but after the arrival of new commandants to Merkinė and Druskininkai, the verdict on the cases has been delayed.

“If needed, I ask that the police [department in Durskininkai] be sent 14 Polizei armbands.

“So far I have planned for [police] jobs for 15 people, but the armbands are needed for other armed people.

From this report it seems plain that the insurgents were only disarmed on July 12, and that Polizei guards had additional weapons.

“[Regarding] Questions posed by the good sir, I report:

“1. Twenty-six Communists, one thief and one provocateur stool-pigeon, for a total of 28 people, have been shot in the city and environs of Druskininkai.

“2. One Communist is now sitting in jail.

“11. There are 38 [Lithuanian] partisans, all disarmed by the Germans. They are commanded by former regional border police chief lieutenant Jakavonis, retired. At this time partisans patrol the streets at night, guard supplies and bases and assist police in moving Jews to the separate quarter. After things have been put in order, the need for their assistance will lessen. […]

“24. The worst thing is that by order of the German commandant on July 15 the Druskininkai police became disarmed. This has had a negative consequence on the morale of officers and other Lithuanians. It is feared the Poles could become more active. We connect the confiscation of weapons with Polish desires and complaints to the German commandant.”

The report was signed by [police] department chief V. Bajerčius.

We therefore have a brief description of activity: 28 people were shot. Based on the number of murdered “Communists,” we might think Druskininkai was a large city, although the statistics show that there were less than 2,500 residents there at the beginning of the war. It isn’t very clear what criteria were used by the shooters for determining who was a Communist and who a provocateur.

It is clear from the report that the “insurgents” were used to persecute Jews. And as we remember Ramanauskas wasn’t your run-of-the-mill insurgent, but the commander of half the partisans of Druskininkai.

Dr. Arūnas Bubnys in his article “Holokaustas Alytaus apskrityje” [Holocaust in the Alytus District]  published in Genocidas ir rezistencija [Genocide and Resistance, a magazine of the Center for the Study of the Genocide and Resistance of the Residents of Lithuania] in issue no. 1(31) in 2012, based on records of the interrogation of P. Tertelis on July 19, 1941 (from the Lithuanian Special Archives) describes in these terms one instance of many in the persecution of Jews:

“A so-called partisan unit was subordinate to the chief of the police department, a unit which included at that time 38 people (the unit commander was retired lieutenant Jakavonis). The partisans (later re-organized into an auxiliary police unit) patrolled the streets at night, protected stores and bases and helped police move Jews to the ghetto which was set up beginning July 16, 1941. At the beginning of the Nazi occupation the police officers, having collected around 60 Jews, ordered them to destroy statues of leaders of the USSR. Since the Jews didn’t want to do that, the police officers began to beat them with rifle butts and threatened to shoot them. Then the Jews pulled down the statues and threw the pieces into a pit.”

Dr. Bubnys is one of the heads of the Genocide Research Center, so it is unbelievable the Center doesn’t know when the insurgents were disarmed in Druskininkai, or that they were party to persecuting Jews and forcing them into a ghetto.

The fate of the Jews of Druskininkai after that was tragic. They moved them to Kielbasin camp outside Grodno in August of 1942 and several weeks later transported them to the Treblinka death camp.

Translated by Geoff Vasil. Final version approved by the author.