The problem is that I as one person cannot keep everything right on track all by myself. I receive no salary and no subsidy for my work. I am not asking for riches. All I wish for is that the Vilnius Jewish Library be true to the vision which I have shared with our many supporters. There needs to be an international spotlight constantly shining on the library. It needs to be in the media frequently. Readers recall our successful efforts in 2009 to halt the sale of the Vilna Ghetto Library building on Žemaitijos — the former Strashun Street. 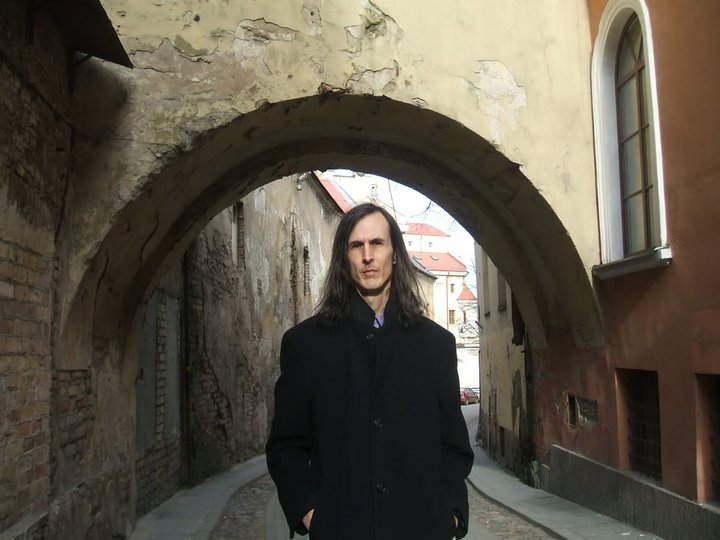 Only by keeping up pressure and confronting the government when necessary will it be possible to keep the library from turning into a bad joke.

The Lithuanian government now has a chance to show its sincerity and understanding of the plight of the Jews during the Holocaust by ending the shambolic celebration of those who murdered Jews. They can also turn the Museum of Genocide Victims into a place which will be appropriately named and one which will prominently acknowledge within its own walls that an actual genocide did indeed take place in the country ― of nearly the entire Jewish population of Lithuania.

The Ministry of Education can print textbooks which admit that there were very many Lithuanians who willingly and happily took part in the murder of hundreds of thousands of Jews ― the Jews of Lithuania; Jews deported from elsewhere for murder here; Jews killed in Belarus and other countries by specialist Lithuanian killers. What happened at Ponár was primarily done at the hands of volunteer Lithuanians.

“Only by keeping up pressure and confronting the government when necessary will it be possible to keep the library from turning into a bad joke.”

The Foreign Minister should issue a full apology to the Jewish community for his insensitive and blatantly antisemitic remarks. The General Prosecutor needs to act immediately and in an unambiguous way in announcing that the Jewish partisans under investigation are under no suspicion of any kind, that they are heroes of Lithuania for helping to liberate this country from the Nazi yoke. That is precisely how the late president and prime minister Algirdas Brazauskas characterized these heroic veterans.

There needs to be acknowledgment of the rampant official antisemitism. Clearly the annihilated Jews of  Lithuania are not considered to be Lithuanian citizens at the Museum of Genocide Victims in Vilnius. The Jew to be found on display at the museum, or at the Soviet statue park (Gruto parkas) is painted as a collective Communist aggressor, one and all, and as the reason why Lithuania was forced into the Soviet Union. The logic is that the Jews were somehow responsible even for the postwar occupation though 95% of those in Lithuania were murdered before the summer of 1944 was over. It makes no difference  to them that not one Jew was part of the official delegation which went from Lithuania to Moscow to ask for “admittance”  into the Soviet Union.

Why does the Lithuanian government not admit that many of the heroes of the resistance to the Soviet forces first learned to use weapons by training those guns on helpless men, women, and children whose only crime happened to be that they are Jewish? Put simply, the murderers of their civilian neighbors should not be glorified whatever their political orientation.

Yes, there are some Lithuanian resistance fighters who did not first kill Jews. Why not celebrate them by name, instead of giving blanket approval to even those who were known by name and deed to have killed unarmed civilians? Why not let the year 2011 be the year of Holocaust Remembrance of Lithuanian Jews without needing to “balance” that with a concurrent year that celebrates the perpetrators?

As everyone knows, I am working closely with various elements of the Lithuanian government to turn my dream of a new center of Jewish life and culture into reality. I have not personally experienced antisemitic attitudes from any Lithuanian official  working with me on this project.

Yet I am deeply troubled by inititatives such as the Prague Declaration.

I am troubled by the defamation of Jewish partisans whose only crime was that they did not lay down and die in the face of the Nazi monster.

I am troubled by the fact that in 2010 a court in Lithuania declared the swastika to be a national symbol of the nation. Does Lithuania not have enough symbols and emblems to be proud of without turning to an originally very innocent symbol that now and forever more will always be an emblem of pain for the entire Jewish community?

Does the average Lithuanian citizen really think that their country would have been better off under the Nazi regime? The Nazis at best would have treated Lithuania as a vassal state supplying land and labor for “real” Aryans. By 1989 there would have been no Lithuania to make independent. A real Aryan of the day did not include any Lithuanians. Just as today, in the eyes of many ministries and museums, a real Lithuanian cannot, it seems, be a Jew.

The library, scheduled to open in Vilnius this November, is for all Lithuanian citizens, no matter what their religion or ethnicity. Yet I will not stand by and let the library become a symbol of what the government is supposedly “doing for the Jews” while at the same time pushing in the European Union for such nonsense as the Prague Declaration, the Prague Process, the unitary day of red-brown remembrance (in effect replacing Holocaust Remembrance Day), and sundry resolutions that all share one goal: to downgrade the Holocaust.

One cannot be a Janus on the world stage. Those days should have ended the day the world saw the dissolution of the Soviet Union. Lithuania needs to look forward and to the West. Looking backward and toward the Soviet days and its two-faced games does not bring honor to any nation.

The honorable, long suffering and hard working people of Lithuania deserve better. I want the Vilnius Jewish Library to be part of the bold new future.