Algirdas Brazauskas (1932-2010), visionary first elected president and later prime minister of free Lithuania died today in Vilnius. In each of his land’s highest offices he proved himself a leader in the grand spirit of the multicultural Grand Duchy of Lithuania who will be properly appreciated long after our time. 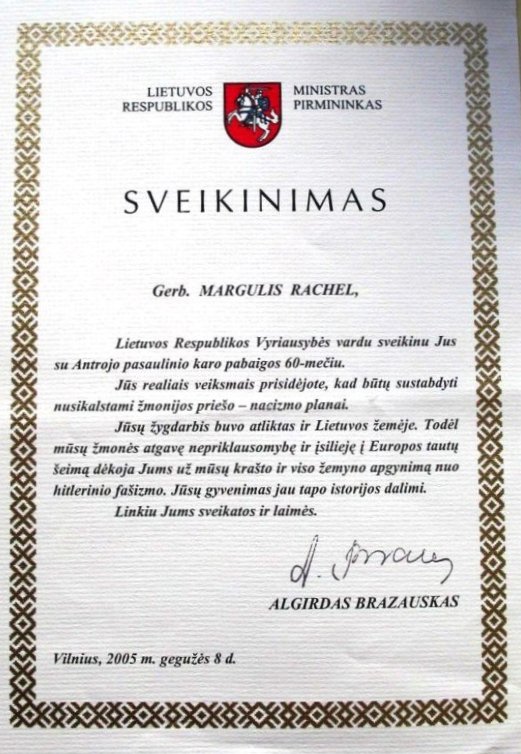 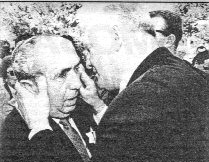 In July 2008, when local dignitaries avoided anti-Nazi partisan hero Fania Yocheles Brantsovsky at the Vilnius US Embassy’s July 4th reception, Algirdas Brazauskas, deep in retirement, came over and asked to be photographed with her. The moment was captured by photographer [??] and appeared in Klaipeda (12 July 2008). 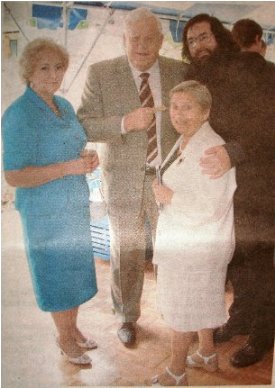 [Milan Chersonski contributed to this report]

See Daiva Repeckaite’s interview with President Brazauskas’s old Tel Aviv friend, Yeshayahu Epstein. Epstein tells the story of how he met President Brazauskas and kept in touch ever since, while recent political history of the country brought both challenges and opportunities to their friendship. Published in Atgimimas.