Jail Time for Saying the Holocaust is Unique 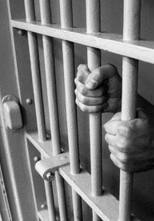 On 29 June 2010, the Lithuanian Parliament criminalized the view that Soviet crimes in Lithuania do not rise to Genocide, in effect making belief in red-brown equivalence a matter of law.

The move followed adoption of a similar statute by Hungary’s new right-wing government.

The Lithuanian law’s framers explained earlier that establishing red-brown equality was the motive. Punishment maxes out at 2 Years in jail (original draft law was for 3 years). There is a new widespread reluctance to speak up freely in eastern EU democracies, even if nobody is charged or punished. Work of serious historians is crippled as dissenters lose their jobs.

There was no comment from the US embassy in Vilnius.