Posted on 11 March 2019 by Defending History

VILNIUS—Today’s neo-Nazi march in central Vilnius had fewer participants than in earlier years, with most estimates putting a cap of 500 on the number. Many were supporters of far-right presidential candidate Arvydas Juozaitis, and made use of his associated symbol and slogan translating “Lithuania is here.” But the black skull-and-crossbones flag with the “Lithuanian swastika” (with added lines) at the top corner was at the front or center of the proceedings from their start at Cathedral Square to their conclusion with some speeches at Lukiskes Square. Former Genocide Center official Ricardas Cekutis was on hand.  There were some organized shouts of “Lietuva Lietuviams” (‘Lithuania for Lithuanians’). The following are some images of the event, which was monitored by Defending History’s correspondent Julius Norwilla and editor Dovid Katz. See Mr. Norwilla’s photo gallery for more photos.

Black skull-and-crossbones with embedded stylized “Lithuanian swastika” at upper corner was the center of the event for much of the time. 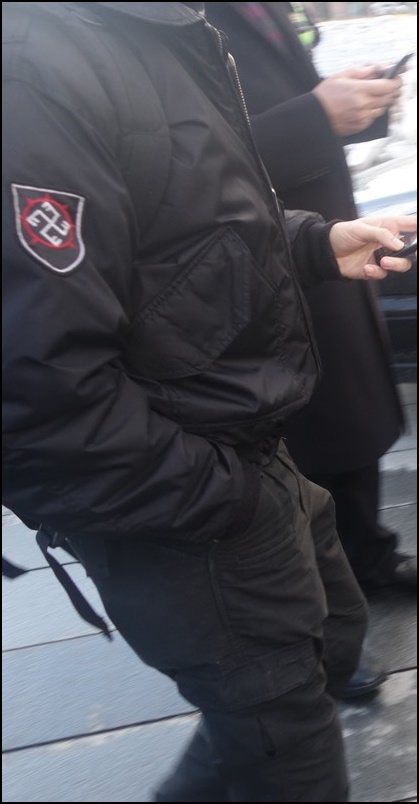 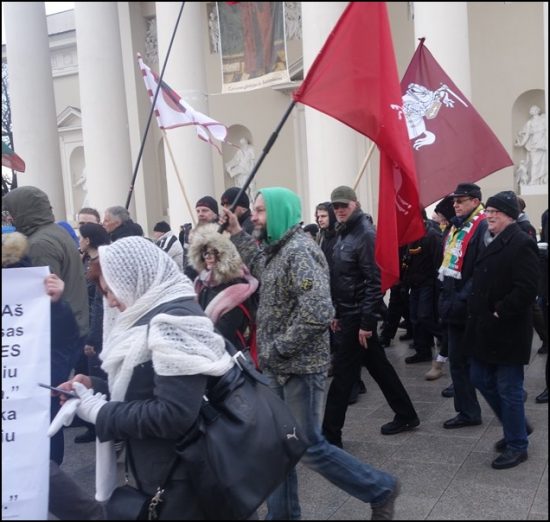 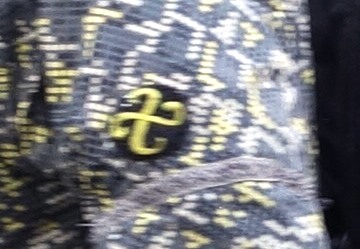 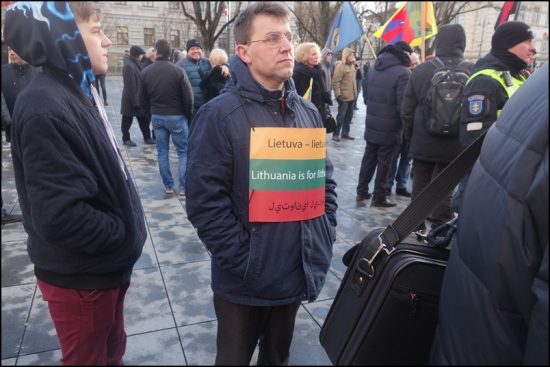 “Lithuania for Lithuanians” in three languages. 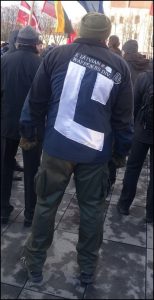