But Will the Mayor (Who Did Not Attend) Ever Speak Out with Moral Clarity? 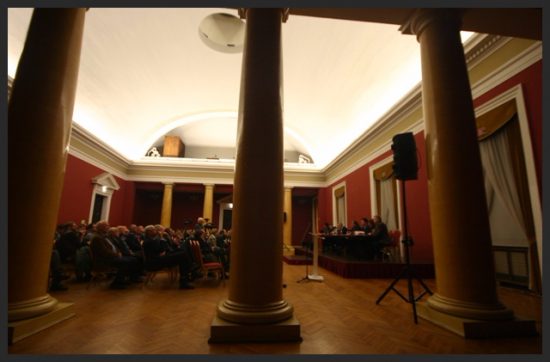 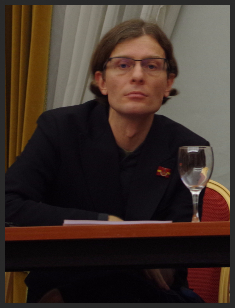 Vilnius City Councillor Mark Adam Harold listening during a torrent of abuse as audience members made their way to the microphone during the discussion period. PHOTO: JULIUS NORWILLA.

VIDEO OF THE EVENT 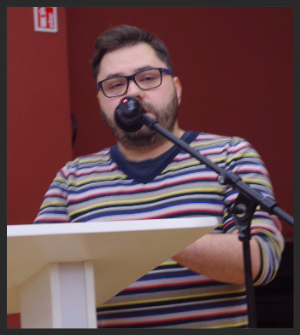 Dr. Andrius Kulikauskas documents the ethnic-cleansing legacy of Kazys Škirpa (in DH, in 2015)

City councillor Harold’s April 2016 proposal to rename the street. Pre-event details of the evening, held at Old Town Hall, were on official city website (but not mentioned on their English events page…). Other pre-event coverage includes Roberta Tracevičiūtė’s article in LZ with quote from V. Landsbergis; Dovid Katz’s FB page.

But where is Prof. Timothy Snyder now? His own book notes that Škirpa “spurred mobs to murder” Jewish civilians. As recipient of government’s Gold Star, Prof. Snyder is in a strong position to take a moral stand.

ŠKIRPA IS IN THE MIDDLE