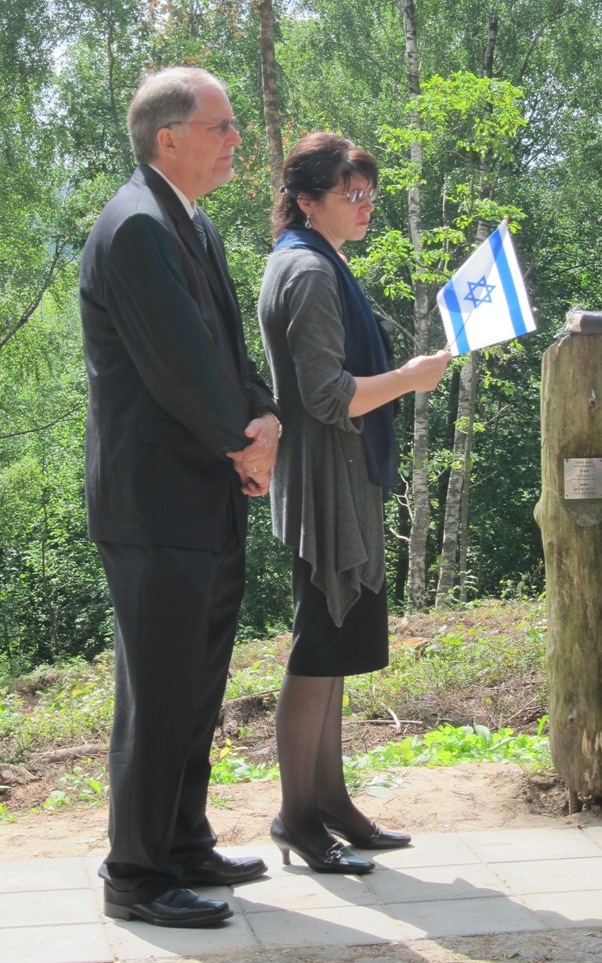 We must be diligent to learn the terrible lessons of history. On June 22nd 1941, war broke out in Lithuania, accompanied by a massive antisemitic propaganda campaign. The Jewish people were demonized as the enemies of society. Lithuanians were told that the deportations by the Soviets were all the fault of the Jews. So strong and continuous were the lies that they were largely believed. Such hatred was stirred up that many ordinary citizens turned against the Jewish community which had existed here for centuries. Some became collaborators in the Shoah, the most terrible crime in all history.

My remarks to you tonight are a public acknowledgment of a tragic moral and spiritual failure on the part of many people who lived in the so-called “Christian” nations of Europe. Yes, there were those who risked their lives and rescued their Jewish neighbors. I thank God for them. But there were many more who in various ways cooperated with the Germans. Very few spoke out against the evil that was happening. The silence was deafening. There can be no excuses. We ask forgiveness from God, and from the Jewish people of Lithuania and the world for what many of our forefathers did. We pledge to act differently. We are not content to remain silent while even a hint of antisemitism remains.

The only thing that can destroy a lie is the truth, boldly proclaimed. In September of this year we will host an event to be held all across Lithuania, called the “March of Life”. A large group of Christians from Germany will be coming here, in humble repentance for what their fathers and grandfathers did during the war. Lithuanian Christians will be joining them in these public events which will be a bold statement against antisemitism in all of its forms. We invite the Jewish communities of this country and the world to be our honored guests.

When God formed the nation of Israel He said to Abraham that his descendants would become a great nation, and that all peoples on earth would be blessed through them (Gen. 12: 2-3). And the people of Israel did become a great blessing to all of us. They stood at Mount Sinai and received the Ten Commandments and the Torah. They taught us of the one true God and gave us the Bible. Here in Lithuania, great blessing came from the Jews. Much of the infrastructure of the nation was built by its Jewish citizens. Businesses, commerce and trade, schools, hospitals, orchestras, literature, newspapers and magazines, famous yeshivas, all came from the Jewish people, the ones that God calls the “apple of His eye”.

We believe this history should be taught in every school in Lithuania. Sadly but importantly, the destruction of the Lithuanian Jews must be taught as well. The Christian Embassy has a program in the Czech Republic where the truth of the Holocaust is now taught in public schools, and funded by the European Union. Such education is vital here in Lithuania as well, not just as lessons of history, but to help cleanse the minds and conscience of a nation.

Thank you for letting us be here with you tonight. We have the deepest respect and love for the Jewish people of Lithuania and the world. May God bless you all.