The Holocaust Obfuscation movement suffered a severe blow today with the public resignation from the Lithuanian government’s red-brown commission of Professor Konrad Kwiet, a major international scholar of the Lithuanian Holocaust. The resignation had been announced verbally at the recent ‘Aftermath’ conference held in Melbourne at the Australian Centre for the Study of Jewish Civilisation. 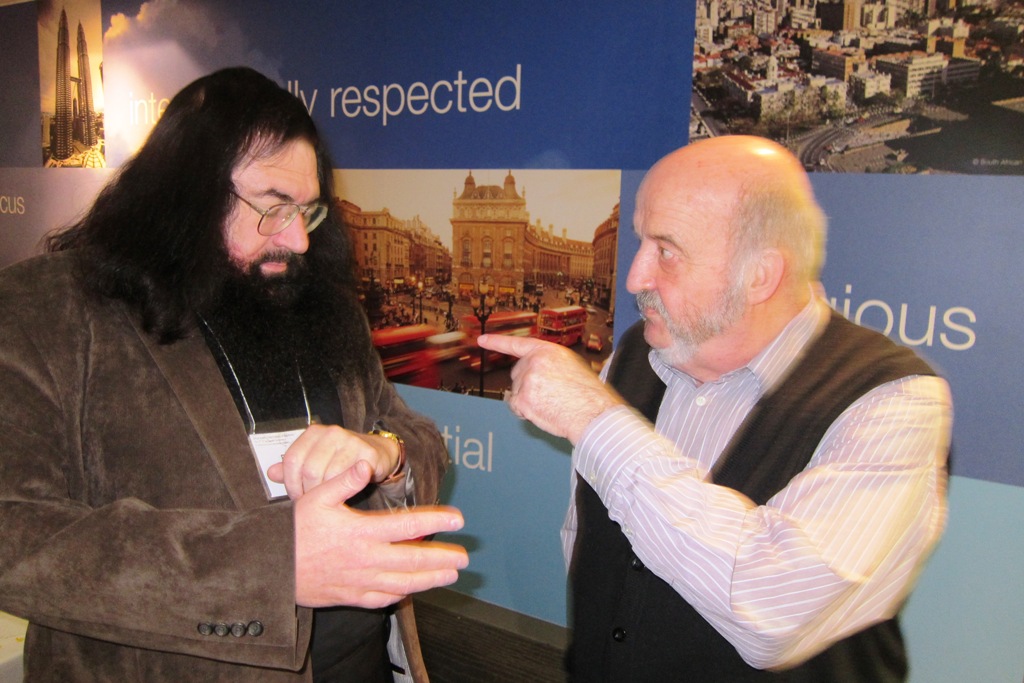 The International Commission for the Evaluation of the Crimes of the Nazi and Soviet Occupation Regimes in Lithuania (known for short as the ‘Red-Brown Commission’) has been one of the engines of the Double Genocide movement in Europe, contributing politically and organizationally to the movement in Brussels, often under academic cover of ‘Holocaust Studies’ and usually with the political cover of its Jewish chairman, Emanuelis Zingeris, a long-time right-wing member of the Lithuanian Parliament (and now chair of the parliament’s foreign affairs committee).

Opposition to the R-B Commission

The commission’s work, in favor of Double Genocide legislation in Europe and a restructuring of Holocaust Studies as part of the new DG field, has caused untold anguish to Holocaust survivors and their descendants, and to genuine Holocaust Studies educators and scholars internationally, many of whom have spoken up publicly.

Mr Zingeris was the only Jew in Europe to sign the Prague Declaration of 2008. The commission’s website over the years has boasted of him adding, to the ultranationalists’ delight, this or that point of Equality of Totalitarian Regimes to the Double Genocide movement’s outpost in the corridors of the European Parliament and Commission. Mr Zingeris had resigned from the Jewish community of Lithuania in the late 1990s, though the Lithuanian government continues to wheel him out as a ‘Show Jew’ for the benefit of uninitiated foreigners.

Since the Red-Brown Commission failed to publicly protest the kangaroo investigation by antisemitic prosecutors into its own founding member, Dr Yitzhak Arad, or the women Holocaust survivors subsequently harassed and defamed, it has been seen to lose its credibility. Sir Martin Gilbert (London) resigned publicly, and Professor Gershon Greenberg (Washington, D.C.) withdrew from the committee of specialists. Dr Arad resigned too. Professor Dov Levin, who had never actually joined, issued a series of statements in 2009 demanding that his name be taken off the Commission’s PR materials.

At the Monash University conference Aftermath: The Politics of Memory,  held last month in Melbourne at the Australian Centre for Jewish Civilisation, Professor Konrad Kwiet, a major Holocaust scholar, based at the University of Sydney, took to the podium to proudly announce his resignation from the Commission, to a huge roar of applause from the audience.

Today, Professor Kwiet made available to DefendingHistory.com the formal text of his resignation from the Lithuanian government funded ‘Red-Brown Commission’, further depriving it of international credibility at a time when the government that supports it is busy downgrading, downplaying and diminishing the Holocaust as a matter of policy, locally and internationally.

Professor Kwiet is a major scholar on the Lithuanian Holocaust whose works can do much to counter the Obfuscationists’ effort. One well-known paper is his ‘Rehearsing for Murder: the Beginning of the Final Solution in Lithuania in June 1941’  (PDF available here).

This entry was posted in "Red-Brown Commission", Australia, Double Genocide, Events, It Pays to Defend History: Success Over the Years..., Lithuania, News & Views, Politics of Memory, Yitzhak Arad and tagged 2008 Prague Declaration, Double Genocide, Emanuel Zingeris, International Commission for the Evaluation of the Crimes of the Nazi and Soviet Occupation Regimes in Lithuania, Prague Declaration on European Conscience and Communism. Bookmark the permalink.
↑ Return to Top