VILNIUS—The pseudonymous neo-Nazi blogger “Zeppelinus,” long alleged to be the alias of a high official in the Ministry of the Economy (DH still awaits a reply to our open letter of 2013 to the relevant minister), is notorious for his racist, antisemitic, and homophobic images that continue to needlessly damage Lithuania’s good name (sampling at end of article). This web journal’s editor has long been one of his many photoshop and  photofake targets, naturally a source of pride for any and all within Vilnius’s bona fide human rights community. As some Lithuanian human rights activists put it, “If you didn’t make it into Zeppelinus’s sicko gallery, you’re not really doing enough for human rights in this country.”

Last August, Zeppelinus “kindly urged” the chairperson of the Jewish community to follow up on her dismissal of the chief rabbi of eleven years’ standing with expulsion of Dovid Katz and his šutvė (‘gang’ or ‘band of criminals’; ironically the word is a borrowing into Lithuanian from the Lithuanian Yiddish shútef ‘partner’, shútfes ‘partnership’, ultimately of Hebrew origin; cf. modern Israeli shutáf, shutafút). In a Facebook reply, Kristina Apanavičiūtė Sulikienė (one of the Defending History contributors the neo-Nazi has attacked) duly replied that she is proud to be part of such a šutvė. Chief rabbi Chaim Burshtein was publicly sacked over his opposition to building a $25,000,000 convention center in the heart of the old Jewish cemetery). The ironies of a major neo-Nazi publicist asking the titular head of a Jewish community to expel the Jews he doesn’t like did not escape local observers. Nor did it escape them that he thinks the head of a minority community in Lithuania has the powers to expel legal residents of Lithuania at the whim of a cowardly pseudonymous neo-Nazi blogger.

After last week’s Defending History preview and coverage of a Vilnius conference dedicated to antisemitism and extremism, the alleged Economy Ministry bigwig has now launched a new broadside against editor Dovid Katz (with new “fixed photo” and the works) as well as a condemnatory listing of various other activists in Lithuania who stand up to antisemitism by speaking out.

Some samples of Zeppelinus’s past contributions to Lithuanian society: 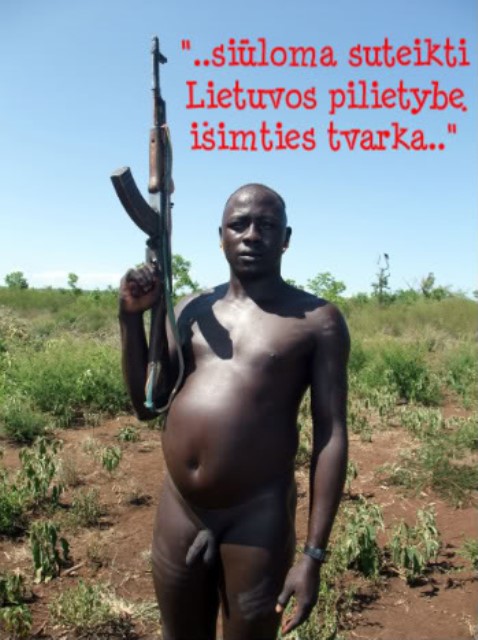 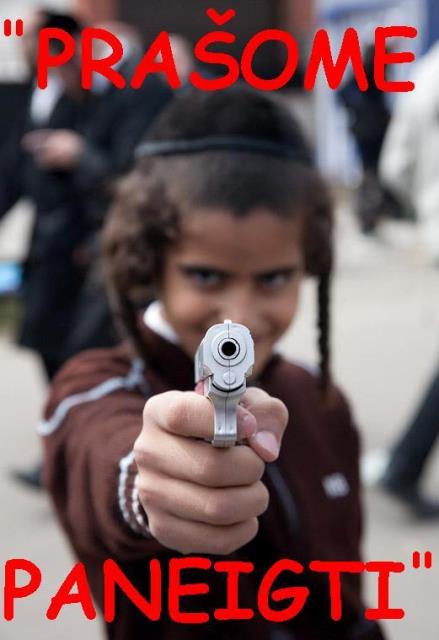 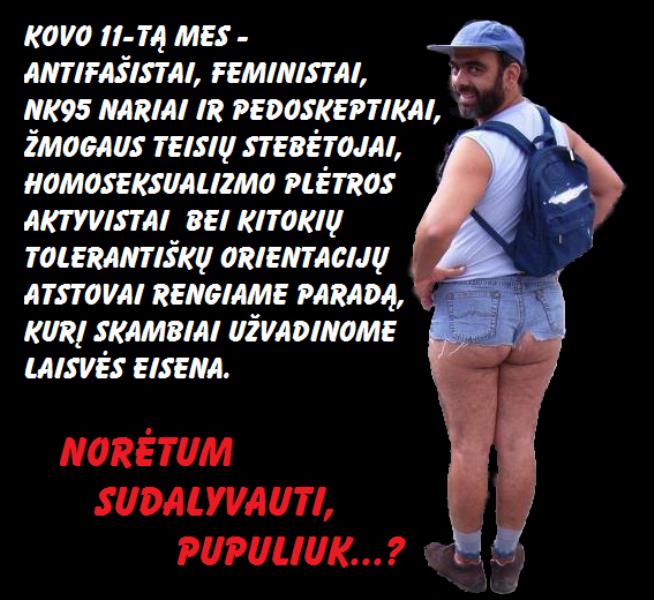