Mr. Berel Fried of New York City, an Orthodox Jewish scholar and businessman, has authorized publication of the reply which he received from the European Commission to his letter of 25 August 2015, sent to Frans Timmermans, first vice president of the European Commission, regarding plans for a convention center at the old Piramónt (Šnipiškės) Jewish cemetery in Vilnius. He is a frequent visitor to Vilnius, where he is known for his exquisite Torah readings at the Choral Synagogue. 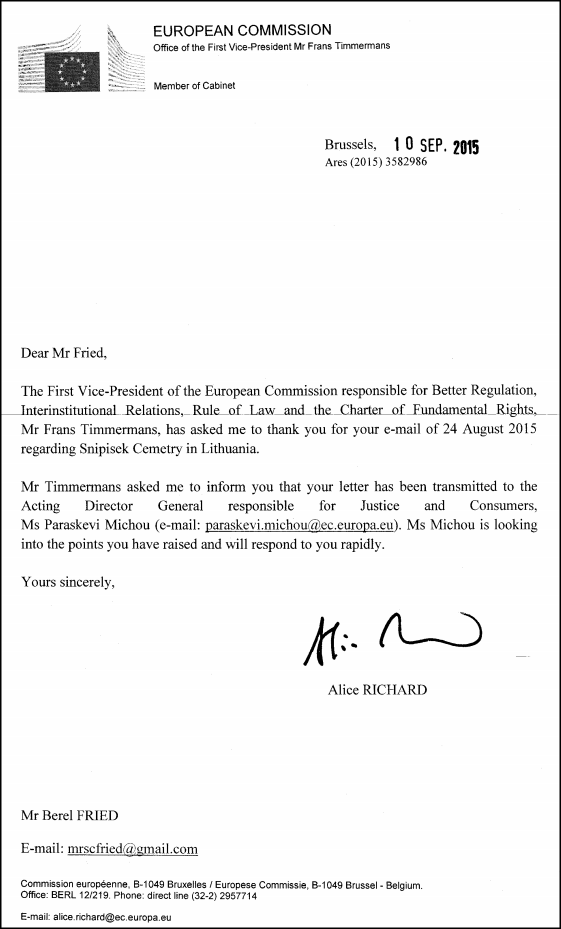