Posted on 29 October 2020 by Defending History

Editor’s note: Following the Lithuanian parliament’s decision last June to name the year 2021 for an alleged participant in the Kaunas (Kovno) atrocities of June 1941, rapid protest ensued from Defending History, and in rapid succession, the official Jewish Community of Lithuania in partnership with the American Jewish Committee, and Dr. Laurence Weinbaum, executive director of the World Jewish Congress Israel and director of the Israel Council on Foreign Relations. See Evaldas Balčiūnas’s summary, and DH’s chronology of the debate, which also provides additional sources on the alleged activities of the honoree, Juozas Lukša, including the UK parliamentary statement on his alleged participation in the 1941 Kaunas beheading of Rabbi Zalmen Osovsky. Note that the Lithuanian parliament named 2020 for the Gaon of Vilna, and minted a controversial coin to mark that. Before that, the year 2019 had been named for a leader of a murderous Hitlerist militia of 1941.

I respectfully call on members of the Lithuanian Parliament (Seimas), to read pp. 33-34 in my father’s book, The Truth and Nothing But the Truth (Gefen Publishing, Jerusalem & New York 2006), and to reconsider the tragically misguided proposal to name 2021 for Juozas Lukša (Luksha), a participant in atrocities committed against the peaceful Jewish citizens of Kaunas (Kovno) in the last week of June 1941, when massive local violence broke out before the invading German army had set up its authority.

I would like to emphasize that in his books, my father Alex (Alter-Henoch) Faitelson (1923–2010) provided a meticulously researched description of those tragic events of the Lithuanian Holocaust. As a professional auditor who worked for a major Israeli bank for over twenty-five years, he adhered to very strict rules also in his studies of the Holocaust. He repeatedly encountered and tested — corroborating or rejecting — details of testimonies of his former comrades in the anti-fascist struggle and Holocaust survivors more generally. In the same book, he included chapters “Forgery, Communist Style” (chapter 20), “The Tricks of Memory” (21), and “Everyone’s a Hero” (22), titles that speak for themselves to anyone in the field. In fact, these are part of a larger five-chapter section called Legends and Fables.

He insisted that it was only possible to publish any information about the events of the Holocaust on the basis of reliable and verified facts. Therefore, he refused to publish in his books dubious narratives even if they were widespread. On several occasions, he even refuted some of the stories of heroism and presented in his books the demonstrable sequence of events, a policy that caused on occasion conflict with some former comrades, when a supposedly heroic feat did not correspond to reality (see e.g. pp. 431-434).

In 1994, the Lithuanian journal Mūsų rūpesčiai published an article, “Reikalinga, bet dar nežinoma knyga” (A Necessary Book That is Not Yet Known” no. 7 / 141) by journalist Juozas Chlivickas (1919-2004) about my father’s first book on the Lithuanian Holocaust, The Time of Storms and Struggles that was published in Yiddish in 1993; a year later it appeared in Hebrew translation in Tel Aviv with a preface by Prof. Dina Porat, now chief historian at Yad Vashem. In the same spirit as Prof. Dina Porat and the late Sir Martin Gilbert, Juozas Chvilickas wrote that the author, Alex Faitelson, “does not like to wrap a beetle in cotton wool” deigning to add that “this interesting, truly encyclopedic historical material should be presented to the Lithuanian reader as a publication with its important educational import and historical content.”

On September 23, 1993, the President of the Republic of Lithuania Algirdas Brazauskas presented to my father a certificate of recognition. My father was very proud of the recognition of his achievements at the highest state level of modern democratic Lithuania, an event reported with pride and warmth in the Jewish Community’s quadrilingual newspaper, Jerusalem of Lithuania.

He was also honored to receive formal recognition for his books on the Holocaust by the eminent late British historian Sir Martin Gilbert. 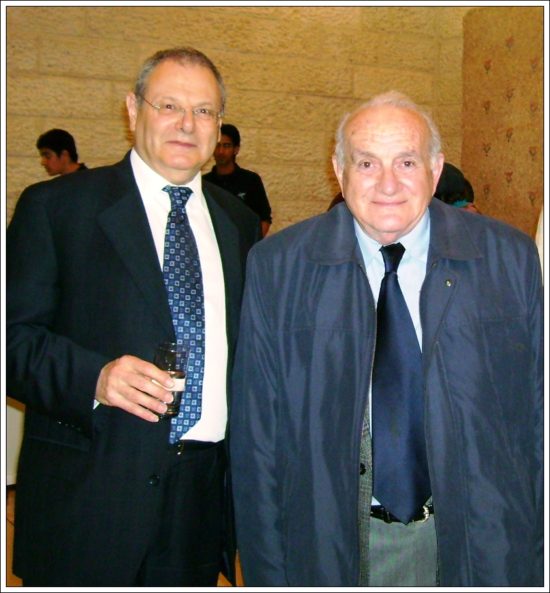 I would like to add also that my father supported my own struggle against the Soviet regime for the right of Jews to repatriate to their historical homeland. And I will never forget the support that I received from my Lithuanian colleagues at the Vilnius Special Design Bureau of Computers. I still keep a memorable gift I received from my dear colleagues when I was fired from my job for my activities. I remember the words spoken to me in Lithuanian when my family and I were leaving for Israel: “You taught us how to fight the Soviet regime and defeat it, not with arms in hand, but peacefully.”

Yakov Faitelson was born in Vilnius in 1946. In 1969 he graduated from Kaunas Polytechnic Institute with a degree in computer mathematics. He was active participant in the struggle of Jews to leave the USSR for Israel (1969-1971). an Israeli public and political figure, researcher of demographic processes, he was the first mayor of the city of Ariel (1981-1985). He was member of the Board of Directors and Chairman of the Computerization Commission of the Israeli Electricity Company (1990-1993); Director of the Department of the American Jewish Joint Distribution Committee (JDC) for Construction and Real Estate in the CIS (2000-2011~), following up as head of the Representative Office of the Jewish Agency in Ukraine (2012-2013).

Yakov Faitelson is the son of the late Alex (Alter) Faitelson, a legendary Jewish resistance leader who was one of the architects of one of the Holocaust’s most daring escapes, accomplished by cutting a hole in a massive solid steel door and preparing a complex of tunnels, on Christmas Day 1943 in the Ninth Fort mass murder site on the outskirts of Kaunas (Kovno).  The escape’s survivors joined up with the anti-Nazi partisans in the forests. In later decades in Israel, he emerged as a leading memoirist and historian of the Holocaust and the Jewish resistance in Kaunas and its region. 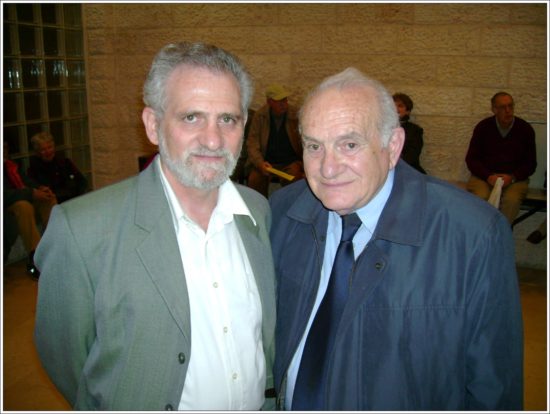 See more on Yakov Faitelson’s life and publications in English, Hebrew, and Russian. He recently published studies  in English and Hebrew. on the escape of a group of Jews from the Ninth Fort (outside Kaunas), in which his father played a key role.

Yakov Faitelson’s maternal grandfather, Meir Yashunsky was a decorated veteran of Lithuania’s War of Independence (1918-1920), pictured here in his Lithuanian military uniform. He and his wife and children perished in the Holocaust.