Courageous Antifa Lietuva banner reads: “Real heroes rescued people instead of killing them. Remember the victims of the Holocaust” 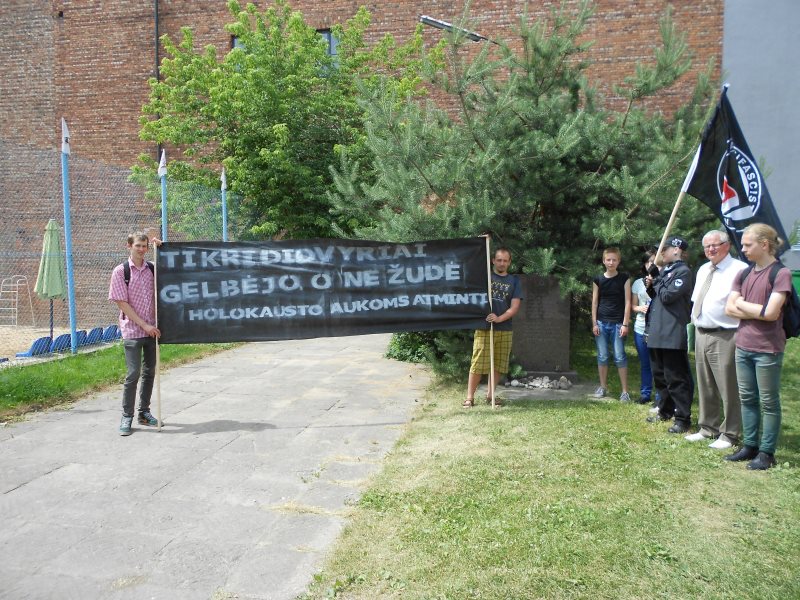 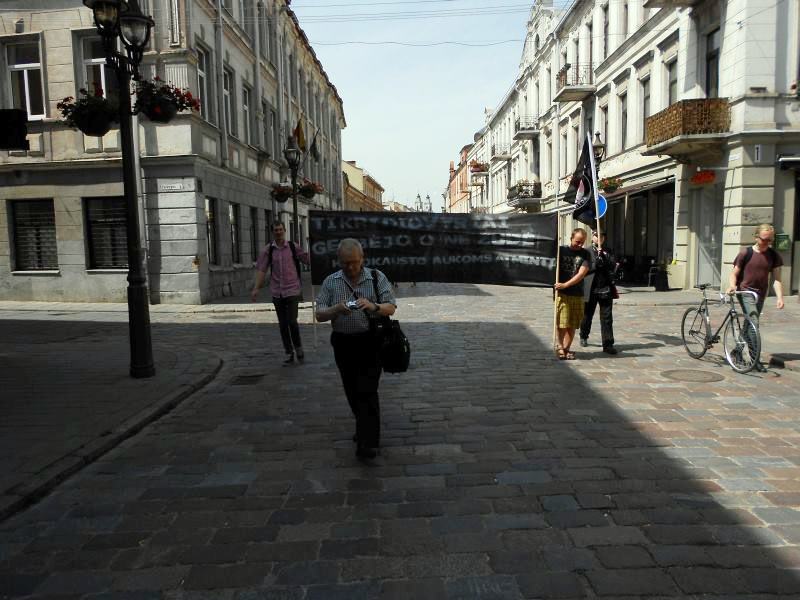