In 2020, three new initiatives have arisen, Save Vilna based in the US and Israel; Respect the Cemetery, based in Vilnius; the UCSJ in Washington DC, which has joined the international campaign, and has spearheaded a multifaith appeal to the American secretary of state. These new projects feature Christian-Jewish and Lithuanian-Litvak partnerships.

International opposition to the “convention center in the Jewish cemetery” project has come from three US senators and twelve congressmen, ten members of the Israeli Knesset, the chief rabbis of Israel and South Africa, and a large array of others, including locally, the democratically elected chair of the Vilnius Jewish Community.

TO READ (AND CONSIDER SIGNING) THE PETITION

The one group of London “grave trading rabbis” who allegedly “sell permissions” for desecration of East European Jewish cemeteries were over the years exposed by Wikileaks, the Jerusalem Post and JTA. 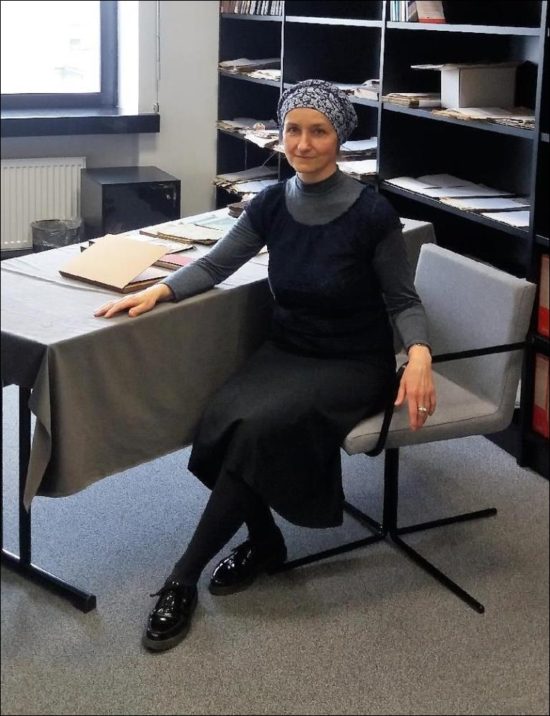 Ruta Bloshtein at her desk in Vilnius, at the Judaica department of the Martynas Mažvydas National Library where she has worked for years. A native of the city, she is a leading member of its small traditionally observant Jewish community.

Last month, the three major Lithuanian tourist agencies got together to stage a stunt (real or photoshop-faked) featuring hundreds of chairs with mock one thousand euro notes (evoking an age-old antisemitic trope) on top of the extant Jewish graves at the cemetery (in front of the Soviet-era ruin that was a “sports palace”. See reports in JTA and the Algemeiner Journal.

Defending History has been on the case for “five long years” documenting its eerie ins-and-outs. 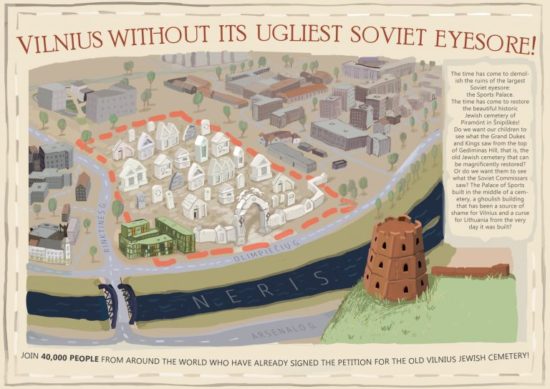