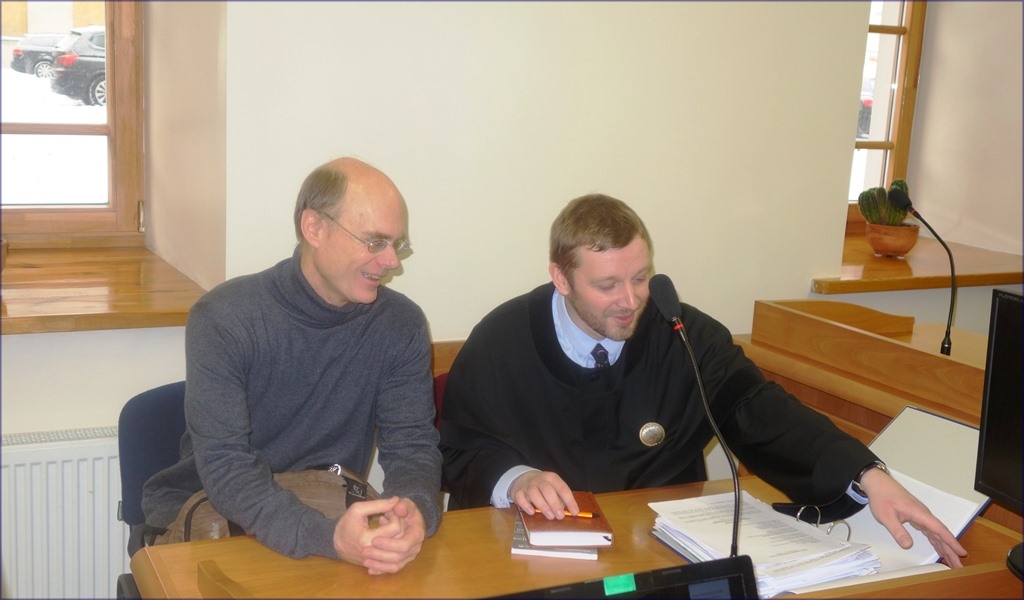 Dovid Katz, one of the three DH observers had this takeaway: “This adjournment of the case presents a fine opportunity for Lithuania’s leaders and parliament to finally call a halt to perverse far-right attempts by the ‘Genocide Center’,  a  state-sponsored agency with a long history of antisemitism and racism, to defend a brutal Holocaust collaborator’s continuing glorification via street names and plaques — all at taxpayer expense. These are not the values of the EU and NATO, nor are they the values of the delightful people of Lithuania who deserve rather wiser allocation of national resources.” His academic papers on these subjects over the past decade are now available online. 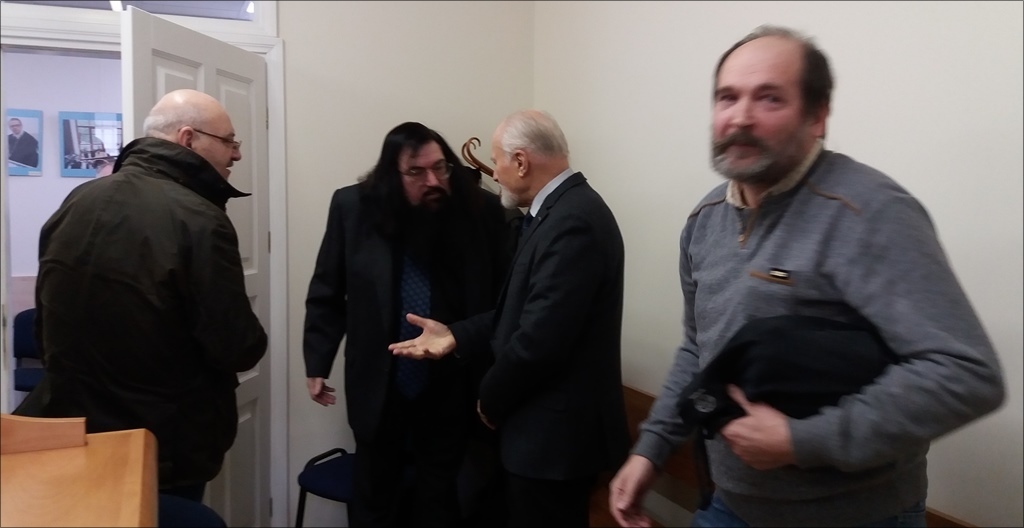 CASE ADJOURNED, OBSERVERS PREPARE TO LEAVE. At right: Evaldas Balčiūnas, whose 2012 article on Noreika brought to the English-speaking world the issue of streets and schools named in his country for a Holocaust collaborator. After a series of articles on the same phenomenon regarding various collaborators, he was prosecuted and persecuted by authorities for years (see Evaldas Balčiūnas section, scroll down to May 2014).  At far left: Master piano teacher and Vilnius Jewish community personality Leonas Kaplanas. Center: Dovid Katz with Mr. Kulikauskas Sr.  PHOTO © Defending History 2019.

Robert Philpot in The Times of Israel; Efraim Zuroff in the Jerusalem Post; Cnaan Liphshiz in JTA

On Eve of Trial, Dozens of Vilnius Jews Participate in Open and Frank Discussion Led by Dr. Andrius Kulikauskas

Evaldas Balčiūnas, who first brought the case of Jonas Noreika to the English speaking world back in 2012, now reflects on his “7 years with Noreika”