Lithuanian Jews Call for Democracy in their Community

Posted on 10 April 2017 by Defending History

VILNIUS—The human rights of even small, weak and demographically struggling minorities to enjoy a free and open website that offers a forum to people and groups of diverse opinions is well established. It is also a test of democracy that members of such groups feel able to speak out when those rights are abrogated. Against that backdrop, it was significant today that a group of older members of Lithuania’s Jewish community (including Holocaust survivors), spoke out on the subject, around a week after a pubic appeal for website democracy by a younger generation on Facebook.  The older group blogs under the name of the semi-legendary 19th century Vilna Jewish “wisecracker and whistleblower” Mótke Chabád in the Russian-language Vilnius-based publication Obzor (not to be confused with Defending History’s “own” Motke Chabad…).

“Bravo to Vilnius’s Jewish community for their pre-Passover 2017 stand for democracy, the younger generation in Facebook, the survivor generation in Obzor.”

In their remarkable blog entry in Obzor today, the older group takes to task the trilingual (Lithuanian-Russian-English) website of the Lithuanian Jewish Community, lavishly financed in recent years from the funds of the Good Will Foundation (deriving from the religious properties of the annihilated prewar Jewish communities here), for having, in recent years, removed every item by or neutral toward a person, group or cause no longer in the “good books” of the current chairperson of the community, renowned attorney Faina Kukliansky, while providing more Soviet-style paeans to the “leader” complete with ever more sophisticated photographic makeovers. Today’s blog provides a hasty sample of eight removed pages that now turn up the error message “Error 404 —  Page NOT Found.” 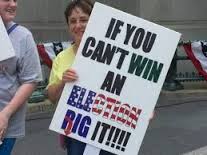 This follows by just over a week a 2 April 2017 Facebook publication of a letter from a majority of members of the Board of the Vilnius Jewish Community concerning problems in the electoral process for electing a new chairperson of the Vilnius Jewish Community. The present chairperson’s democratic four-year mandate ran out last Monday, 3 April. The published letter politely calls for publication of its text “on the LZB.lt website in three languages” and is signed by board members Aleksandr Arončik, Aleksandr Segal, Aleksandras Lukas Jurevičius, Arkadij Goldin, Arkadij Gotesman, Chaim Burshtein, Davidas Kocas, Grigorij Rudnik, Jefimas Desiatnikas, Junona Berznitski, Margarita Koževatova, Rachmil Garberis, Semionas Ceitlinas, Simon Gurevičius, and Simon Portnoj. To date it has not been published in any language, nor its existence mentioned on the community website.

Nor has the community website mentioned the candidacy of Simonas Gurevicius, who had been executive director of the community for years before himself being purged by Ms. Kukliansky in the spring of 2015. But the website has carried a community chairperson’s Passover greeting, of sorts, in Lithuanian, Russian and English, taking a shot at the recent democratic activity by accusing Vilnius Jewish Community board members of being active “only” for elections, and bemoaning that so many new Jews have appeared on the scene that she worries about the promise to give everyone a box of matzah for Passover. As if one is disturbed that suddenly more Jews are visible at a Jewish community (“Recently, however, as if by the instructions from a stage director […], a large number of hitherto unseen, unknown members have been flooding the Community. We didn’t think there were so many Jews in Vilnius”). So much for respect for the democratic process, and for the community members one is supposed to be representing. If there was one extra twist of pain here, it is that many everyday Jews have stopped coming to the community’s Pylimo 4 headquarters as they no longer feel welcome in a dejudaized environment revolving around glittering PR, power politics and flaunting of wealth and power. And if there was a second, it was in what many community members have taken to be a threat that generosity to the needy might well diminish if people do not fall in line (“We need to work, not to expect a miracle with outstretched hand, a miracle which might not be repeated.”). Does this mean that as punishment, even more of the Good Will Foundation budget might go for Lithuanian and Israeli foreign ministry desires, money for Yivo in New York and statues of Gandhi in the provinces?

Under Ms. Kukliansky’s leadership, and the editorship of the website by her appointed editor, Lithuanian journalist Ilona Rutkiene, the site has posted negative spin or innuendo against a number of community members, including Rabbi Chaim Burshtein, Simonas Gurevicius, Professor Dovid Katz, Rabbi Sholom-Ber Krinsky, Daniel Lupshitz, and Professor Josif Parasonis, among others. None has been invited to reply, and in most cases, previous contributions by or about such persons has been deleted yielding the ubiquitous Error 404 — Page NOT Found.

When Holocaust survivor Professor Pinchos Fridberg was defamed by the ultranationalist antisemitic establishment in 2013, the community website shockingly took the side of his accusers but agreed eventually to post his reply too. Now that reply is also in the category of Error 404 — Page NOT Found (but is available in English in Defending History).

Ultimate moral responsibility for the website’s democratic dignity and representational policies, falls under the aegis of the Good Will Foundation that provided the funding for the transition from a local  Jewish media that was world-famous for its integrity (the four-language Jerusalem of Lithuania, in its final dozen years under the editorship of Milan Chersonski) to the current website that seems to exist for the glorification of one leader whose elected term as head of the Vilnius Jewish Community has now expired. The foundation continues to lavishly fund the community’s “public relations” (some 200,000 euros a year!), as revealed by its own lists of statistics and allocations.

On 28 April, the current democratically legitimate term as chairperson of the Lithuanian Jewish Community will likewise expire. This journal has called for a fully transparent democratic electoral process.

Today’s publication of a specific list of pages deleted has added urgency to the upcoming late April meeting of the Good Will Foundation in Vilnius, increasing the moral pressure on its foreign members, including Andrew Baker, Herbert Block, Arie Bucheister, Reuven Dessler, Nachliel Dison, and Michael Hilsenrath, to insist that the expensive website financed by the foundation adhere to minimal standards of democracy, integrity and genuine, fair representation of the various segments of the small and struggling Jewish community of twenty-first century Lithuania. By now they must know that most Lithuanian Jews think “they don’t care a damn, they come to town for the banquets and fun and photo-ops with bigwigs, sign whatever is put in front of them by the chairperson, and fly happily away, except maybe those intricately tied up with the groups that want a convention center in the middle of the old Jewish cemetery.”