The seminar synthesizes the general topic of self-identity with the particular issue of the future of the oldest Jewish cemetery in Vilnius, upon which the Soviets built a sports palace and which may now be renovated with an added annex to make a national convention center. 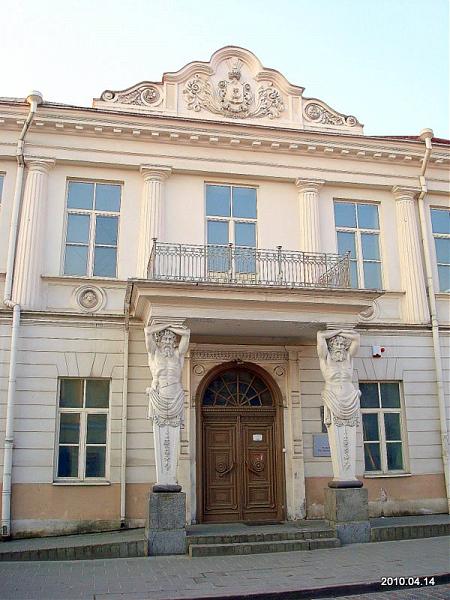 “Dr. Kulikauskas has been organizing monthly workshops where we investigate what we don’t know. His question for this workshop is: How  does my self-identity change? He’ll investigate this with the help of workshop participants, and together they’ll apply their findings to explore solutions that might constructively resolve the controversy
surrounding the Jewish cemetery and the Soviet sports palace. He’ll also relate this questions to other questions our participants think about.”

Participants of this free workshop will be asked to share:

♦ Their deepest value in life, which includes all of their other values.

♦ A question that they don’t know the answer to, but wish to answer. The workshop may be videotaped.

Here are some examples of values and questions:

♦ Andrius Kulikauskas. “Living by truth. How do people behave? How should
they behave? How does our self-identity change?”

♦ Thomas Gajdosik. “Living from God. How to overcome my shortcomings so
that I would do what I should do?”

The workshop will take place primarily in Lithuanian, with some  translation into English and other language for those who are not  entirely fluent. Please register with Andrius Kulikauskas, +3706 072-7665; email: ms[at]ms.lt.

Andrius Kulikauskas is a philosopher who teaches at VGTU. He is an active contributor to Defending History. He spoke about the Jewish  cemetery on the 1 March 2017 radio show by LRT Klasika.  He is the author of the cover story of the 4 April 2017 edition of the weekly magazine Veidas  about Kazys Skirpa’s memoir and antisemitic documents.

The workshop will help Dr.Kulikauskas prepare for the international conference “Visuality: Tourism vs. Urban Heritage in a Creative City” on April 20-21, at VGTU, where he will be giving the presentation “Moral Imagination: What Do We Wish to See? Historic Jewish Cemetery vs. Soviet Sports Palace vs. European Convention Center.” The paper’s abstract reads:

We consider how a specific symbol (image, word, etc.) can become the answer to a complicated social question representing many distinct concerns, concepts and points of view. We pay particular attention to the role of moral imagination in expanding the scope of interests, the motives for participating and the opportunities for solutions. Notably, we analyze the hierarchy of interests at play in Vilnius regarding the future of the decrepit Soviet-era Sports Palace. EU and Lithuanian government funds are available to remake it as a convention center. This would be the most straightforward outcome. However, the Soviets constructed the Sports Palace in the middle of Vilnius’s oldest Jewish cemetery.

This becomes an issue of sensitivity to what we imagine, what is actually the case, what we will ultimately see, and what that image might imply, symbolize, sanction, condemn or have us imagine anew. Will local Lithuanians and European tourists be celebrating, drinking and urinating over the remains of Lithuania’s Jews? What remains are left and do the facts actually matter? The Lithuanian government came to agreement with the Jewish Community of Lithuania and with London-based rabbis which allowed reconstruction to proceed. But opposition has arisen among Jews locally and internationally.

Reconstruction might be halted if that was the wish of ethnic Lithuanians. Indeed, Lithuania lacks a national symbol of empathy for the loss of Lithuania’s Jews to the Holocaust. The castle of Gediminas, the main symbol of Vilnius, might inspire such empathy, with its view across the Neris river. We may ask, two hundred years from now, what do we wish to see? A Soviet Sports Palace, a European convention center, or a historic Jewish cemetery? The answer may depend on Lithuania confronting the active role that its leaders played in 1941 for the sake of a Lithuania without Jews. Complicating the debate is the heritage status accorded to the Sports Palace and the feelings of those who seek a symbol which sanctions Soviet Lithuanian culture; the tendency of developers to overreach; and the cultivation by Lithuania’s government of local Jewish leaders who favor compromise and wish to avoid any antisemitic backlash.

We present a semiotic analysis of this debate. Four levels of knowledge are given by a signified along with Peirce’s three kinds of signs. We define six qualities of signs (malleable, modifiable, mobile, memorable, meaningful, motivated) in terms of pairs of these four levels. We then explore how moral imagination expands freedom by allowing us to empathize with others and choose to serve them rather than ourselves. Our moral imagination may have our conscious grow more responsible for our unconscious, that is, our prejudices. A sign may thereby enrich our self-identity with a solution that summarizes a hierarchy of concerns.