Elementary, Watson. All they have to do is to supply some lecturers for a conference at the parliament, in Vilnius, next September on the following topic: Vilna Litvak Yiddish, the lecture to be delivered, of course, in Yiddish. But they are not allowed to invite as one of the lecturers any of the local Yiddish specialists who are on the antisemites’ Black List. The list is duly enforced, by a renegade incarnation of the Vilna-founded Yivo that joined the Lithuanian government’s commission on Nazi and Soviet crimes and is running the conference — under the guidance of the Lithuanian government’s Jewish related units and commissions.

So, to make a long story short, the World Jewish Congress and its Yiddish academic specialists are on the hunt! They need specialists on Vilna Litvak Yiddish from Israel, Taiwan, Brazil or Mars to give the talks. So if you think a luxury trip to a Baltic capital could be fun (you would be right), just write to the folks at WJC asking to give the lecture on Litvak Yiddish in Vilna.  Here we stop, leaving the plotline to the playwrights, and move to events on the ground, using local sources, and of course, inviting the World Jewish Congress and its International Yiddish Center to answer as it wishes, on these pages, with no word limit.

The World Jewish Congress’s new Yiddish Center here started its de facto working life this academic year with a number of admirable academic seminars catering either to Israeli teachers or to students from the former Soviet area. Rising above the local Yiddish politics which have been tragically intertwined for years with state efforts to rewrite Holocaust history and cover the revisionism with “Yiddish,” the Center has invited lecturers from all sides of the spectrum without reference to their acceptability to the “Red-Brown Commission.” The perceived “need” for a commission on Nazi and Soviet crimes to mix in Jewish Studies can baffle outsiders.

But here, the commission and its circles dominate much of Yiddish (and Jewish) Studies, to the point where the decade-and-a-half-old university-based Vilnius Yiddish Institute, a separate entity, was itself debased into a PR hulk with no serious Yiddish studies (or resident Jewish academic staff) for eleven months a year (outside a lucrative summer course), directed by a member of the red-brown commission who keeps an eye on that “higher purpose.” All that was unthinkable when the Institute was founded in 2001. It must stand as a warning for the new Center, situated in the swankiest district of the capital’s center, on Vienuolio Street, between the corner of Gedimino Boulevard and the National Opera and Ballet Theatre.

But this month, unsubstantiated rumours swirling through the small, volatile, and internationally far-flung world of Yiddish Studies, particularly Yiddish linguistics, and particularly Yiddish linguistics concerned with Vilna and Lithuania, are suggesting that the new Center is verily now facing its first test of what one Judaic studies professor has called “Yiddish ethics, Yiddish values, and Jewish integrity.”

According to reports, the Center has agreed to team up with the Lithuanian government, the official Jewish community, and Yivo in New York to produce a program at the Lithuanian Parliament (the Seimas) next September to commemorate the ninetieth anniversary of the founding of Yivo here. So far so good. But the catch is that the government’s “Red-Brown Commission,” known formally by its rather Orwellian name, The International Commission for the Evaluation of the Crimes of the Nazi and Soviet Regimes in Lithuania, has already made a catch (no pun intended) out of the director of Yivo who became a full member. More broadly, the Yivo director has sometimes been faulted for naively letting the Lithuanian Foreign Ministry, via its DC embassy and NYC consulate, turn the venerable Yiddish-in-Yiddish institution into a PR tool for Lithuanian government Holocaust policies. Scandals over the years have included Yivo’s honoring of the then foreign minister who had made unseemly antisemitic remarks (and would later go down in history for his “Hitler-Stalin moustache quip“) and its director’s participation in a symposium that helped camouflage the same week in 2012 the reburial with full honors of the infamous Nazi puppet prime minister who signed papers confirming the incarceration (and worse) of the 30,000 Jews of his city, Kaunas (Kovno).

But none of this would constitute an ethical challenge to the World Jewish Congress component. Everybody in academia should seek to cooperate productively with a wide array of colleagues, sometimes colleagues holding starkly different views. Moreover, the WJC has a proud record in standing up politely but resolutely to Lithuanian government Holocaust manipulation.

What then is the problem?

The problem is, that according to the reports, the World Jewish Congress Yiddish Center has been told to come up with speakers on the role of Yivo in Yiddish linguistics, on Litvak Yiddish, on Vilna Yiddish, and related topics, but only speakers who are not on the politically (not academically) motivated Black List of the Red-Brown Commission, i.e. speakers who do not oppose the state-sponsored commission that itself features the Prague Declaration of 2008, widely considered the constitution of the Double Genocide movement that has sought to confound and conflate the perpetrators and victims of the Holocaust. In real life, what it all comes down to is that the World Jewish Congress has been told it must not, in Vilnius, invite any of the Yiddish specialists who live in the city to talk about Vilna Yiddish. What would the founders of Yivo be making of this bizarre episode some ninety years on? It seems that a whole new debate has just been launched, on the legitimacy of putative academic, intellectual and cultural heirs to Yivo Vilna Yiddish linguistics. 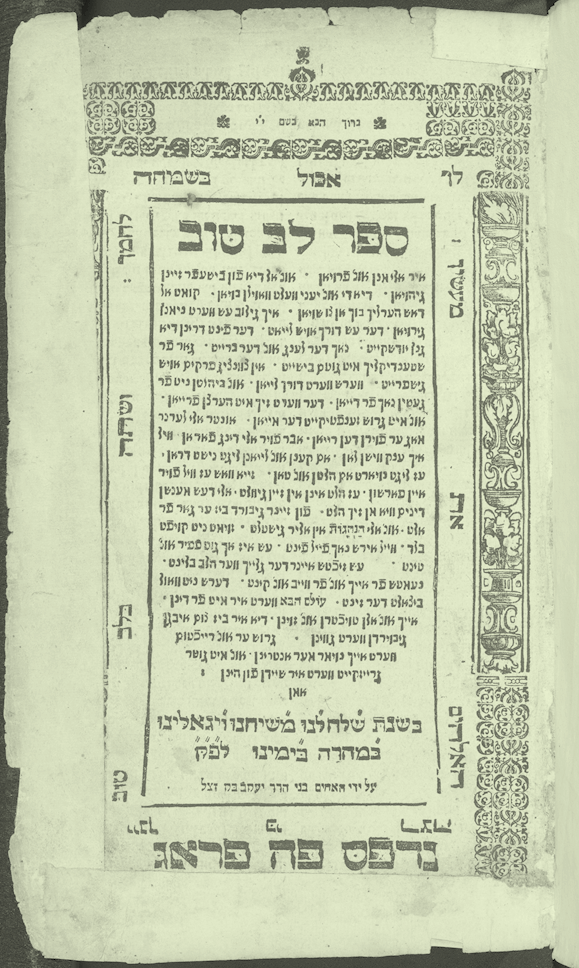 As of today, one of the top international academic Yiddish linguists abroad (or the dean of the field today) is known to have turned down during the past month a WJC invitation to be one of the speakers unless the blacklisted Yiddish scholars of Vilna are de-blacklisted by the WJC (with no reference to what anyone else does). No doubt lesser figures will be found who will readily succumb to the temptations of honor, luxury, diplomatic glitter, payments, and pleasure and that specific scab-strikebreaker impulse to cash in on windfalls arising from the repression of dedicated colleagues in a faraway land. We wish them all well, and safe travels.

But will the World Jewish Congress Yiddish Center honor the Black List of the far-right Holocaust revisionists in town (whether or not filtered through a compromised Yivo leadership)?

Or will they do the right thing and Just Say No, and demand an open and free hand to invite the appropriate specialists for the topics at hand based on academically honest criteria?

The Yiddish world, and more than the Yiddish world, will be keeping a close eye. So will the history of the still very young and promising “International Yiddish Center” of the World Jewish Congress in Vilnius.

In the meantime, the WJC’s Yiddish Center students interested in Vilna Yiddish and the ninetieth anniversary of Yivo might enjoy a short lesson in Yiddish ethics and values which an elderly Holocaust survivor just recorded for posterity in Vilna Yiddish. The teachers from Israel and the students from Russian speaking countries still in the earlier stages of mastering Yiddish will for now have to make do with the English and Russian texts of this heartfelt appeal by Professor Pinchos Fridberg. For those studying the language, the audio recording can be appreciated in tandem with the Yiddish text published in the Yiddish Forward (Forverts), along with the prompt reply from Yivo’s director.

A fortunate opportunity has presented itself. A Yiddish Center in its infancy, established here in historic Vilna, whose Jewish people were annihilated almost to the last, can still, halfway through the second decade of the twenty-first century, enable its students to enjoy a lesson in Yiddish values and ethics from a Yiddish-speaking Holocaust survivor born here in Vilna who is still resident in the city. It is a rare opportunity for men and women of wisdom to grab with both hands and to cherish.