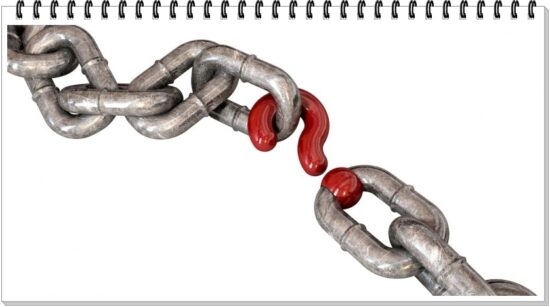 There is, however, disturbingly, quite a stupendous missing link in this abridged history of Lithuania in the twentieth century. Where had the quarter million Jews (the figure on the eve of the Holocaust) of the country disappeared to “overnight” (as centuries go), during that fateful century? Had there ever been a Jewish minority in Lithuania at all? When I looked at the author’s pedigree, I understood why the Jews had not played any role of significance in his biased dialectical discourse. Joren Vermeersch is a historian (of sorts) and an accomplished author. He is also a representative (stand-in, as we call it) for the Belgian House of Representatives, for the “N-VA.” This is the nationalist Flemish party that has its historical roots in the collaboration with the Nazis during World War II. The party that has systematically fought for an amnesty for Nazi collaborators. The party in which the grandparents or parents of some of the present actual leaders had been condemned by the Belgian State for collaboration with the enemy. Nobody is guilty of sins of their ancestors, but when there is a pattern of such pedigree being considered a great plus for current leadership, and that pedigree is subtly glorified rather than disowned, we have a current moral problem that merits discussion in the public square.

There is a frankly sordid, deeply disturbing, ahistorical silence about “that other tragedy” that befell Lithuania during World War II, the systematic murder of around 96% of the Jewish population (the highest percentage in Holocaust-era Europe of countries with a sizable Jewish communities; the only two higher percentages were in the much smaller prewar Jewish populations in neighboring Baltic states of Latvia and Estonia). It is no secret that there was massive and enthusiastic participation from the ethnic majority in Lithuania. Indeed, the killing of thousands in the last week of June 1941 got underway in forty locations before the invading Germans arrived or managed to set up their administration. Is this all an innocent minor omission?

Or, is it part of an unspoken scheme to slowly but surely “fix the history” in a project that has ramifications for Europe far beyond just the Baltic states? Is there perhaps a pronounced project among the elite of the N-VA to attempt to link the history of the Flemish people to a common ethnic identity based on some supposed (and rather fictional) “purity of race”? There is an interlocking series of cultural canons in play here, and they are all very well understood locally.

Since Putin’s brutal, medieval, murderous and irrational invasion of a peaceful Ukraine earlier this year, it seems that in the Baltic States, at least among some major elites, there is an a posteriori sense of (untoward) glee of some supposed sense of vindication vis-à-vis the (truly ominous) Russian Bear. In some mainstream publications, one can even discern spillage into a generalized ethnic hatred of the Russian people (or indeed, in real life, Russian-speaking people) per se on an ethn0-linguistic  and cross-border international basis.

But to return to the Missing Link: Once the Nazis began their invasion of the Baltic States as part of Barbarossa on 22 June 1941, the killing en masse started, as noted above, before the Germans even arrived. Hence, the rate of genocide in these three states stand at the pinnacle of European Holocaust statistics. That cannot be shoved under the carpet in a summary of these lands’ twentieth century history (least of all when the Litvak civilization of the historically Lithuanian lands has contributed so much to world culture, particularly in the lands of prewar migration from these lands). Dark inner forces were unleashed locally, resulting in Europe’s most perfectly accomplished genocide and indeed, mass pilfering of the belongings (buildings and movable property alike), of the just-murdered national minority that had been part of the national scene and its accomplishments for over six hundred years.

Let there be no mistake: There are (and rightly so!) countless books accurately documenting the murderous nature of Stalin’s regime and its organs. The critique on this page cannot remotely be used by any absurd attempt to “fix” the history of Stalinist barbarity. Of course we must sympathize with and support the Baltic states’ wishes for proper and unmitigated documentation of all these Stalinist crimes against humanity. To have experienced the viciousness of Stalin’s NKVD, the wrongful deportation of tens of thousands (and cumulatively across the conquered states, much more) to Siberia, and the loss of freedom for nearly half a century after the war are absolutely legitimate topics for historians and contemporary public leaders alike. And yes, all the facets are significant, including the massive deportations in mid-June 1941, on the eve of the Nazi invasion. But we must also remember the fact that Stalinist brutality extended to all of the invaded, captured and controlled nations. Not just the Baltic nations uniquely and not any race or people uniquely. A vast swath of European population under Soviet yoke was the subject of repression, arbitrary arrests, kangaroo sentencing and deportation to the Gulag or death by a bullet. In fact, the whole USSR and the Pact of Warsaw countries had been one vast prisoner camp with the exception of the nomenklatura, the organs, the apparatchiki and the army.

In the case of Hitler and Nazism, by contrast, and for newcomers to history very shockingly, a program of actual genocide — systematic slaughter of all members of a race or people or religious heritage, from babies to the oldest and with no chance for “changing one’s mind” about something (and the mostly successful execution of that genocide) — actually received the support or acquiescence of a majority of the population in certain European countries on ground zero of the Holocaust, starting with Germany and sadly including much of the Baltics. Hitler’s ideology was no insidious secret, it was proclaimed from Mein Kampf right to countless subsequent pronouncements.

This is not just about the Baltics and the East. Let us be frank. When Hitler unveiled his plans for the invasion first of some Nordic states, then later France (with Belgium, the Netherlands and Luxembourg as accompanying components), there had never been any serious opposition among the leaders of the Army, Air Force or Navy. When, later, the plan to invade the USSR (with its patently visible genocidal component) was divulged to the Wehrmacht’s brass, here too there had been no opposition. When the SD sent the Einsatzgruppen to exterminate the Jews, when the Kommissar Erlass (the order issued by the German High Command on 6 June 1941 ordering the killing of all Soviet commissars without any due trial} was ordained, there was no opposition within the Wehrmacht. Nor after Wannsee, in January of 1942, which explicitly ordained the death of all the Jewish people in Europe. There never had been any opposition to the creation and management of the KZ in Germany and Austria, nor to the killing of nearly one hundred thousand handicapped persons as part of the T2 program.

Nazi Germany’s ideology was one of of racism, hatred and mastery of the world by one dominant Aryan race. This ideology had been supported by the German nation from 1933 to the bitter end in 1945, with some tiny (and of course important) exceptions. This ideology engulfed major part of the populations in the Baltic States, and  the Wehrmacht entering their cities were widely greeted as heroic liberators, and murder of civilians of a certain minority, as noted, got underway even before the invaders got there. In fact uncritical pictures of women greeting and welcoming the Germans with flowers and kisses are still part of their heritage (see for example the Occupation Museum in Riga, the Latvian capital). But sadly it is more than pictures of gleeful greeting of Hitler’s forces that constitutes the primary Missing Link in the revisionist history being spewed, and fueled nowadays by the  despicable and utterly separate crimes of twenty-first century Putinism. The Missing Link includes a history of mass voluntary participation in the genocide, starting in the days before the invaders got there.

Belgium too was invaded and conquered by Nazi Germany. But frankly in Belgium, the population at large did not begin killing the Jews in light of the invaders proclaiming Aryan superiority and elimination of purportedly inferior races. Nor frankly was there a rush to be a volunteer local killer of one’s neighbors and fellow citizens. But most importantly for the present and future: We at least in a tolerant, liberal majority make no attempt to hide the fact of shameful collaboration by some Belgians with the Nazis, and elucidation of the specific horrendous crimes committed, including, among others, even tracking down local Jewish civilians in hiding, and helping convey them to transit camps for subsequent extermination.

The history of the Baltic states over the last hundred years will not be honest as long as a policy of pure victimhood and (Soviet-style, as it happens) brushing out of the uncomfortable truth of massive collaboration — and participation in local genocide — continues to be “fixed” by contemporary elites, including at times leaders in media, politics, and yes, academia.