A FIRST-TIME PARTNERSHIP BETWEEN LEYVIK HOUSE YIDDISH CULTURE CENTER, THE SIMON WIESENTHAL CENTER ISRAEL OFFICE AND THE ASSOCIATION OF LITHUANIAN JEWS IN ISRAEL 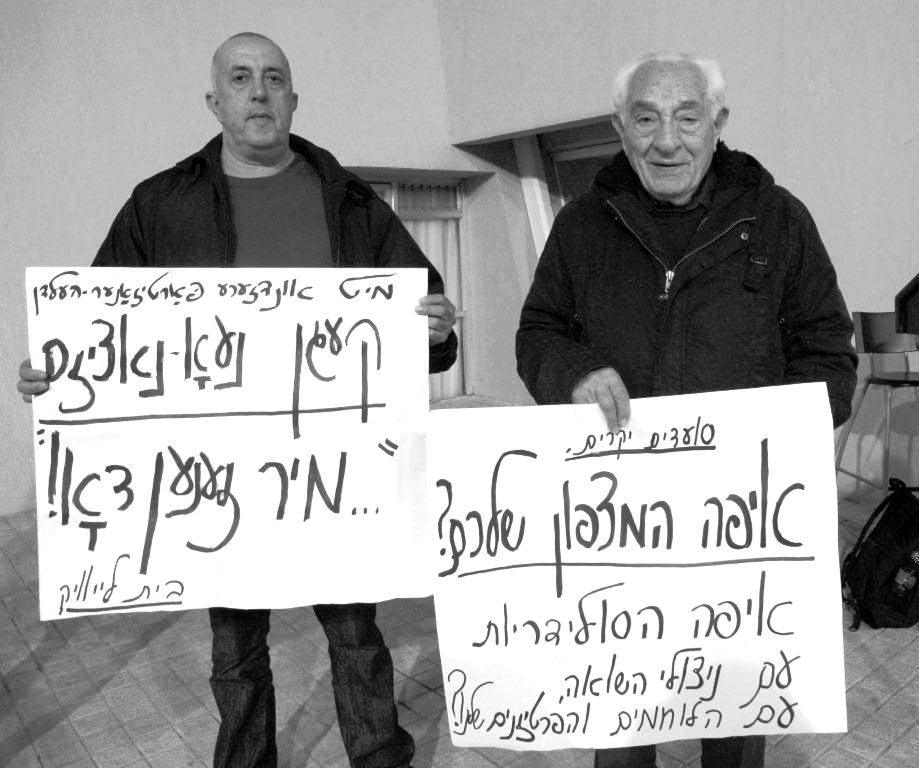 Holocaust survivors Shlomo Cheskov (left, from Shavl/Šiauliai), and Joseph Melamed (from Kovno/Kaunas) at the Tel Aviv demonstration. Mr. Cheskov’s sign says (in Yiddish) “With our partisan heroes, against neo-Nazism. We are here!” Mr. Melamed’s (in Hebrew) addressed to the South African businessmen diners at the gala dinner: “Dear Diners! Where is your conscience? Your solidarity with Holocaust survivors and resistance fighters and partisans?” Photo: Bella Bryks-Klein. 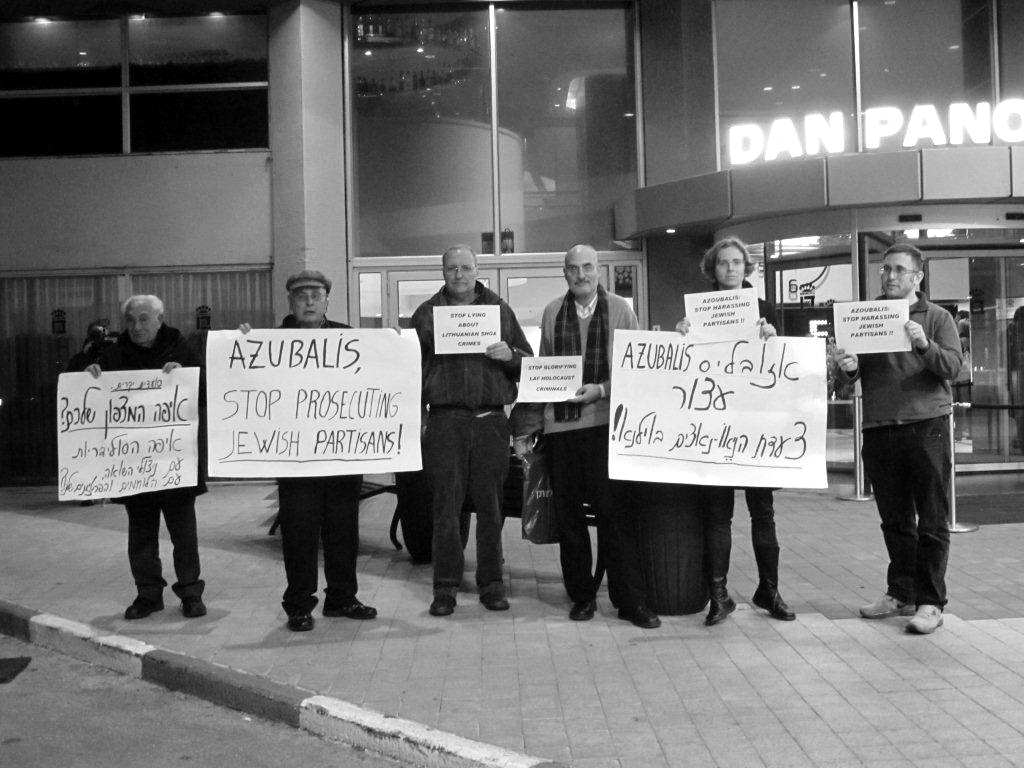 Some of the 18 protesters, led by Joe Melamed (first from left), chairman of the Association of Lithuanian Jews in Israel, who greeted Lithuanian Foreign Minister Ažubalis at a Tel Aviv “gala” at which he was guest of honor. It is just over a month since Ažubalis belittled his parliamentary colleagues who signed the Seventy Years Declaration marking the Wannsee anniversary in January, when he made his infamous comment on moustache length being the one difference between Hitler and Stalin. Back in 2010 the Jewish community in Lithuania called a special meeting to draft a statement protesting a major antisemitic outburst by the foreign minister. There are seven major areas of unresolved Lithuanian-Jewish issues. Photo: Bella Bryks-Klein.