Most counts put at eighteen the number of participants in a small, polite but determined picket line outside the Dan Panorama Hotel in Tel Aviv this evening. The protesters, Holocaust survivors from Lithuania and their supporters, sported signs in English, Hebrew and Yiddish taking to task the government-manipulated gala evening being held inside the hotel by “Yisrael Lita” at which the Lithuanian foreign minister, a determined opponent of accurate Holocaust comemmoration, was “guest of honor.”

For the first time, there was operational partnership between a Holocaust survivors’ organization, the Simon Wiesenthal Center, and a Yiddish culture institution. Each was led by its director: the Association of Lithuanian Jews in Israel by Joseph Melamed, 87, a hero of the Kovno Ghetto resistance and Israeli War of Independence; the Wiesenthal Center by Dr. Efraim Zuroff, Holocaust historian, justice seeker and Nazi-hunter; Daniel Galay, composer and head of Leyvik House, a major Yiddish culture center in Tel Aviv and on the international scene. 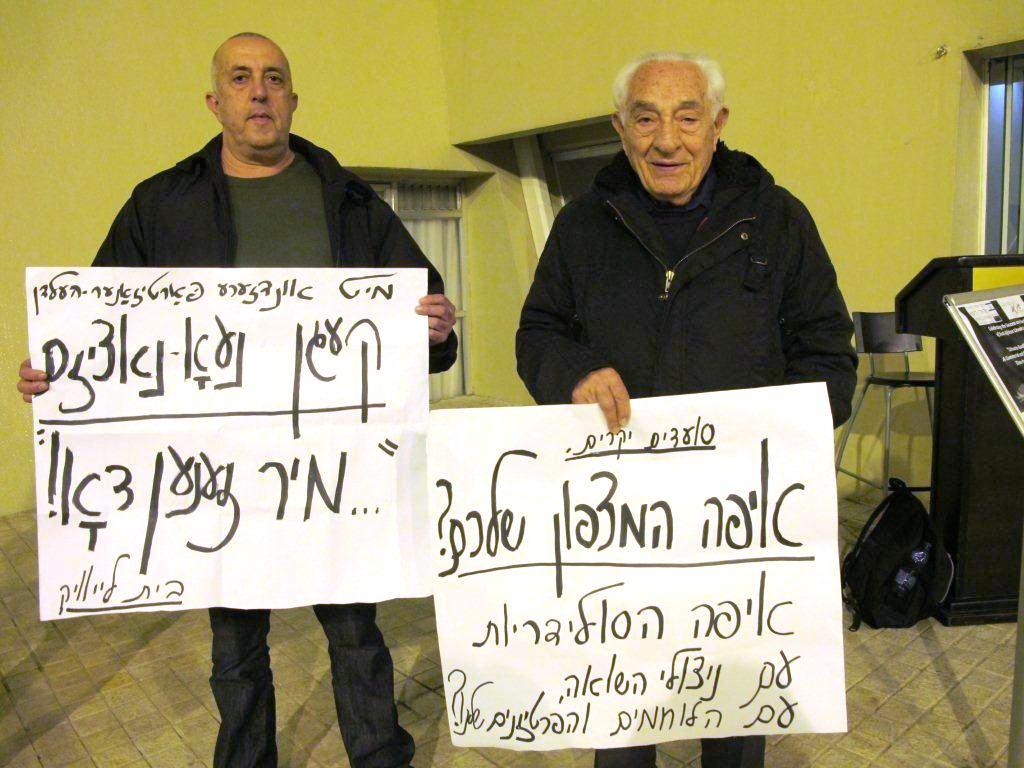 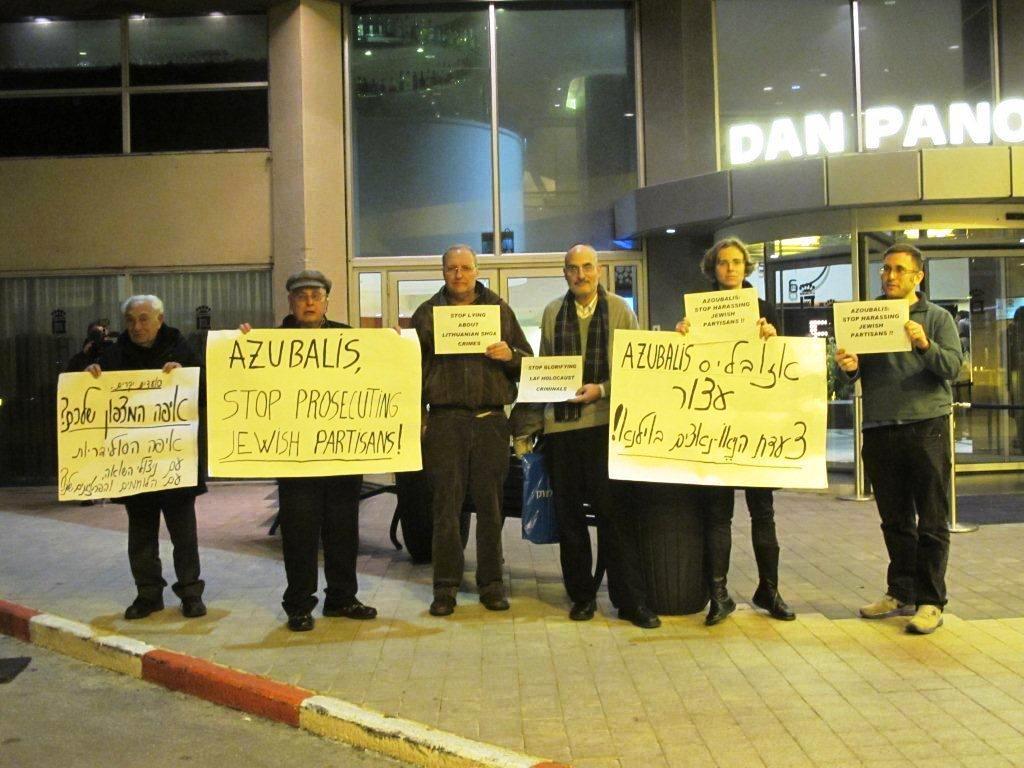 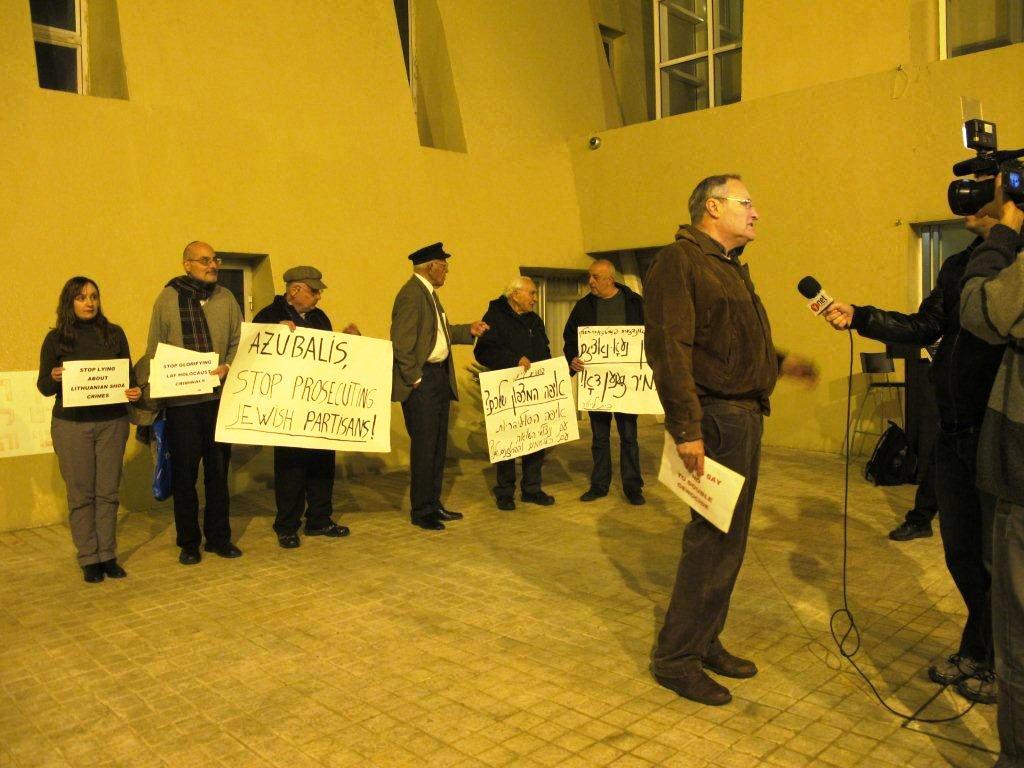 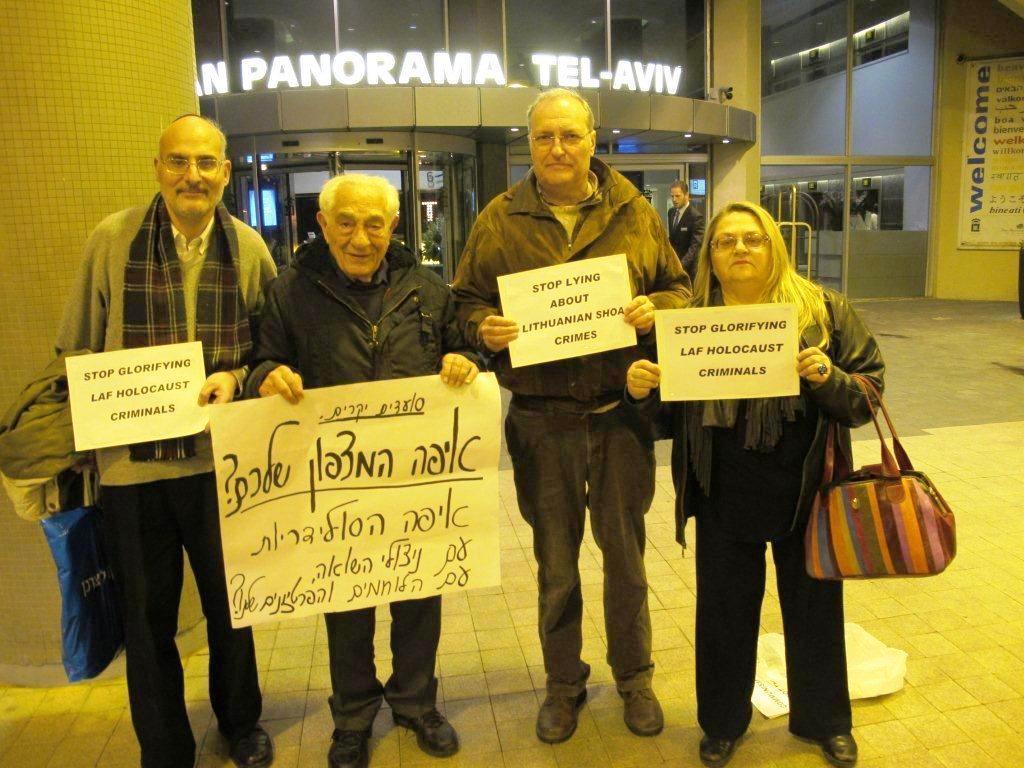