Posted on 28 January 2015 by Defending History


The Simon Wiesenthal Center today issued a statement expressing dismay that Vilnius’s state-sponsored Genocide Center (full name: Genocide and Resistance Research Center of Lithuania) was included in the Lithuanian Jewish Community’s annual program marking Holocaust Remembrance Day. The third of three events was dedicated entirely to a book produced by the Center. The only announced speaker for the event, the book’s author, is known for rejecting known elements of the historic narrative of the annihilation of Lithuanian Jewry, for his support for monuments for pro-Hitler forces, and for participation in far-right pro-fascist journals.

Background: DH’s report on the event. The Genocide Center. DH section on the Center.

The Wiesenthal Center’s press release, issued by Dr. Efraim Zuroff, director of the Center’s Israel office concurrently with posting on the SWC site, follows (as PDF).

UPDATE of 31 JANUARY: REPLY POSTED ON THE WEBSITE OF THE JEWISH COMMUNITY OF LITHUANIA 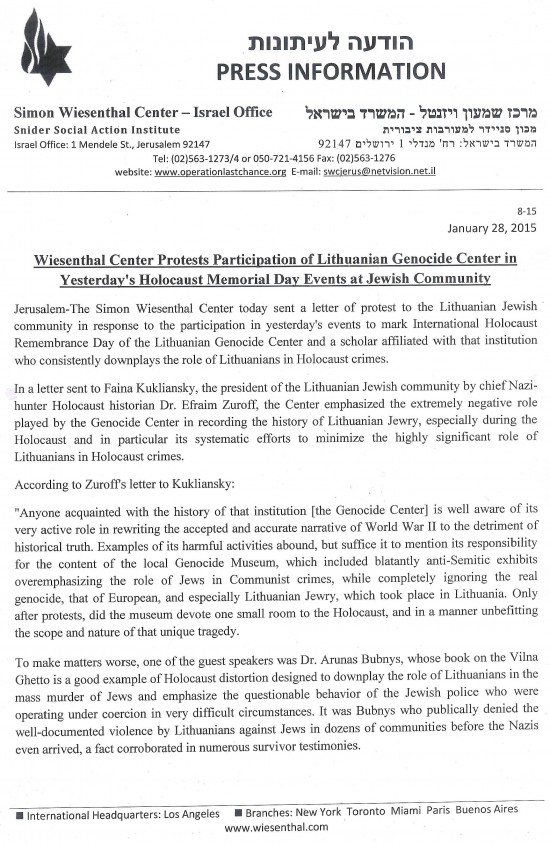 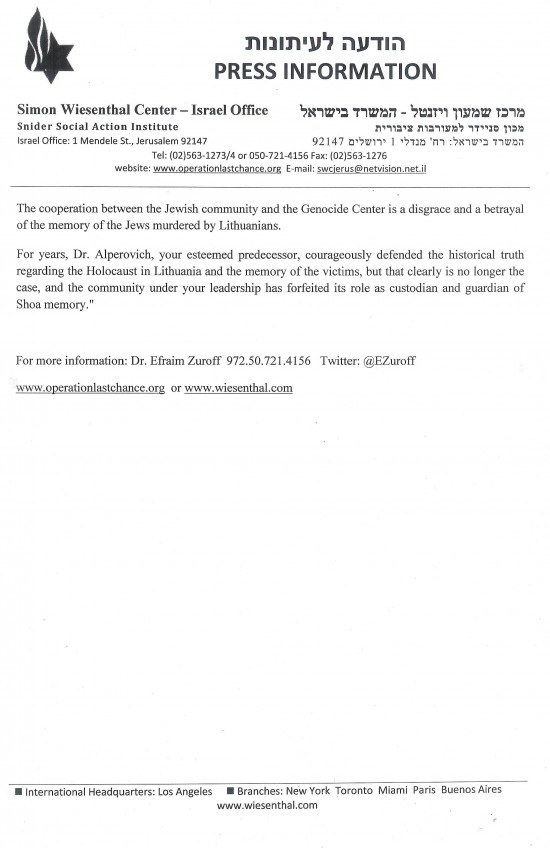