Posted on 19 March 2015 by Defending History


The Israel office of the Simon Wiesenthal Center today released the response received by its director, Dr. Efraim Zuroff, to his 3 March appeal to the mayor of Vilnius, Lithuania, the nation’s capital, to halt the planned neo-Nazi march in the city’s center on independence day, March 11th. The response was received on 10 March by emailed PDF, and seems to fail to address the requests in the letter that the municipality ensure that Nazi symbols, racially exclusionary slogans and glorification of Holocaust collaborators not be allowed in the city center on the national holiday.

Dr. Zuroff’s letter of March 3rd elicited the following reply on the 10th of March (as PDF): 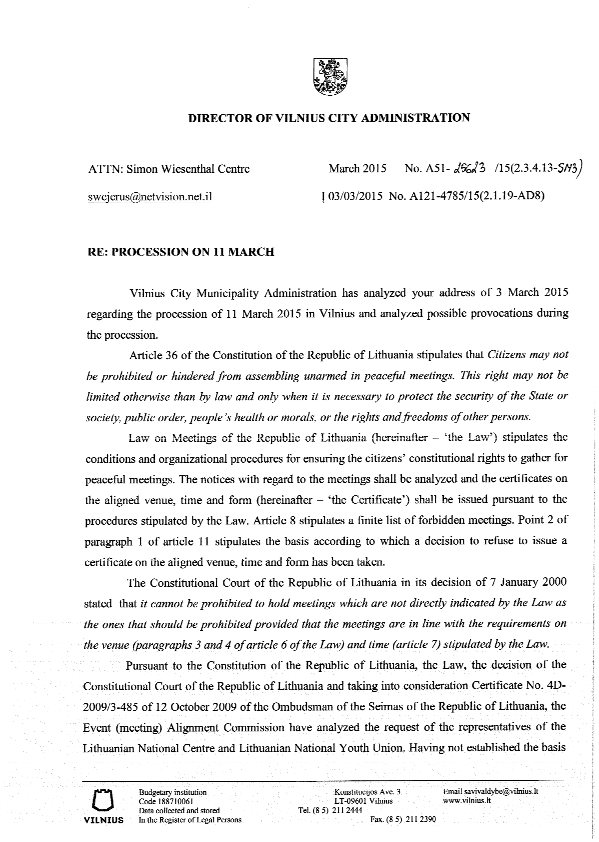 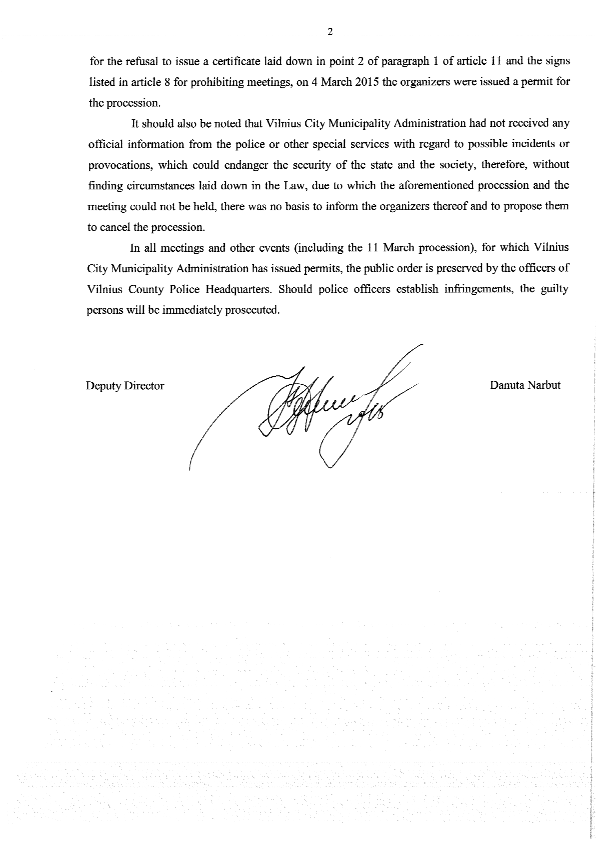