The Simon Wiesenthal Center’s Israel Office today released a statement in which its director, Holocaust historian Dr. Efraim Zuroff, calls for an apology from the European Union’s ambassador to Afghanistan, Vygaudas Ušackas, for insensitive and misleading remarks on the Lithuanian Holocaust in a 6 December 2011 Wall Street Journal article. A letter of protest by Jack Zwanziger of Chicago appeared in the WSJ on 14 December 2011.

“We had a few years’ respite from the communists while the Nazis were in control during World War II.”

When he was Lithuania’s ambassador to London, Mr. Ušackas attempted to deflect the mounting (and still unresolved) scandal in 2008 over police having come to look for two elderly women Holocaust survivors in the absence of any specific charges or suspicions, as part of a state effort to ‘blame the victims’, as it was termed that year by The Economist.

“It is incomprehensible that an individual who represents the European Union can refer to the mass annihilation of Lithuanian Jewry in such grossly insensitive terms, which fail to reflect the historical reality of that period. We urge Ambassador Ušackas to apologize and retract his statement and call upon the European Union to take appropriate measures should he refuse to do so.”

Later, as Lithuania’s foreign minister, he was invited to give a speech at the Global Forum on Antisemitism in Jerusalem, in which he failed, according to critics, to deal with any of the outstanding issues (additional report here). On the eve of that conference he gave an interview in which he failed to repudiate his government’s red-equals-brown politics. 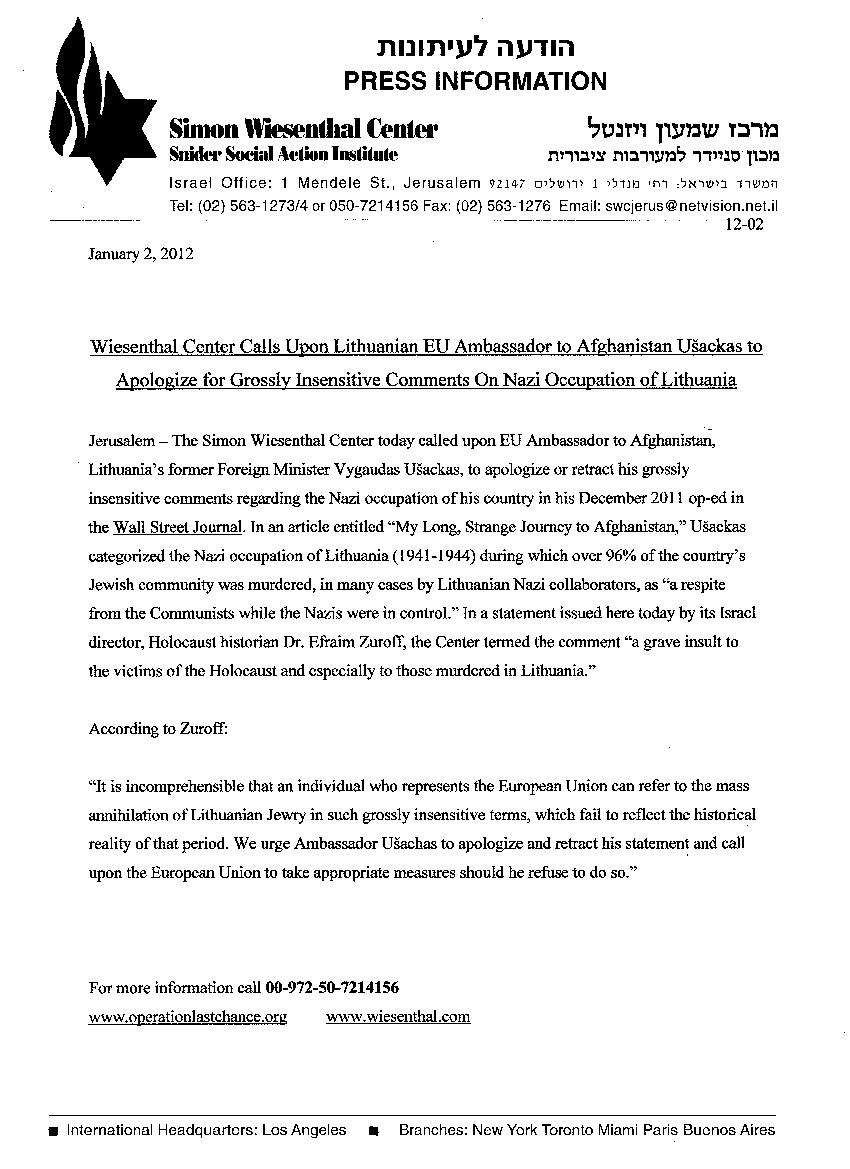