Posted on 8 April 2014 by Defending History 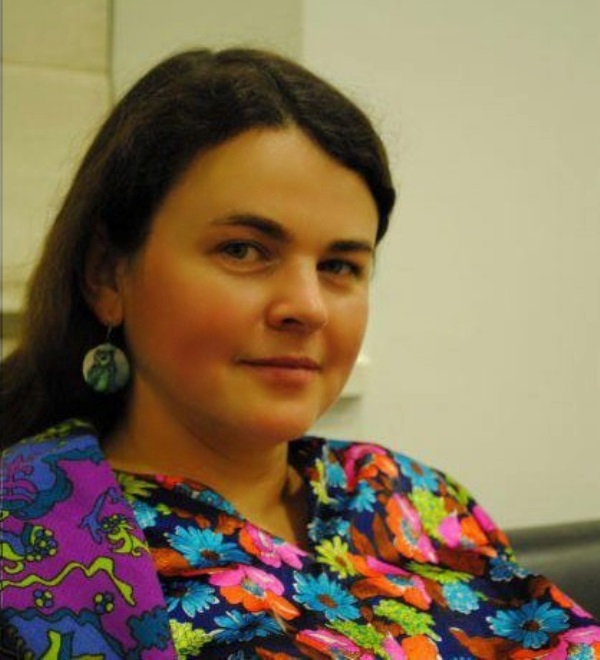 The first international congress of Roma was held on April 8, 1971 in Oprington, England. In 1990, the date was designated International Roma Day.

On this day Roma celebrate and hold concerts, but also remember the most tragic eras in the history of the Roma: persecution by the Nazis and their collaborators in World War II and the resulting genocide of the Roma people. On this day the Vilnius Roma community floats wreaths of flowers on the Neris River in remembrance of their compatriots.

Roma who survived the Second World War, ethnic cleansing and genocide remember that the Nazi soldiers and their local police collaborators used simple external recognition to persecute the Roma. At that time the Roma were still wanderers, and it was a rare member of the community who had identification documents. Few had relationships with sedentary residents, making physical resemblance to the typical Roma the main indicator of ethnicity, in many cases guaranteeing death.

We visited recently with an elderly Roma woman in Parubanka (the Roma name for the Kirtimai camp on the outskirts of Vilnius). We drank tea and chatted, and after we had talked for a while this unusually beautiful woman ran her hand across her skin, as if she wanted to wipe something off, and with great shame mentioned that she didn’t like her dark skin, that she felt unbeautiful. If she had been fairer everything would have been different and she would have been happier. She is a child of the post-war period, but, as she said, because of her skin color, her dark skin, she had suffered all her life. She had suffered and felt inadequate. It was horrifying to hear this. Usually the dimensions of spreading racism and xenophobia, the statistical data, reach us as abstract figures or as historical facts, but when you see in front of you a person, a woman who hates her skin color, and when you understand that this is a consequence of life in our society, one becomes ashamed of and horrified by something in the country in which one lives.

Speaking of appearance and its influence on social life, I told a female friend the story of the blonde Roma Maria from the Farsala camp whom Greek officials took from her adoptive Roma parents only because she didn’t look like her fellow Roma. My friend was shocked.

Then I told her that fair hair and skin are not always the salvation of a Roma. It is horrible to think what that small girl ripped from the environment to which she was accustomed experienced, to try to imagine what Roma who have “suspiciously” fair children feel. Actually I myself was frightened to think the psychosis which had arisen in Greece over “children stolen by the Gypsies” might appear here in Lithuania as well. There are blond, blue-eyed Roma at the Kirtimai camp, and there are some green-eyed red-haired children as well, who in no way resemble the stereotypical image of Roma.

That’s why I believe hatred of Roma is more than simply racism. It includes hatred of all that is connected with the Roma way of life: disobedience of rules imposed, refusal to submit to oppression, a thirst for independence and freedom. That Roma live according to their own values and that they have been unbreakable and impossible to enslave for centuries now, that is what most enrages the sector of society which tends toward nationalism. Driven out of cities and countries, physically destroyed, slandered and persecuted, and yet the Roma continue to survive and live their own distinct life.

Later, after the visit to the camp, after talking to my female Roma friend, I realized how hard it can be even for some people of some Roma heritage, even for non-Roma people who work to help Roma, to understand what it means to be Roma. It doesn’t matter if I know a lot about Roma culture and traditions. Nor is it important that I am friends with Roma and we speak often. I cannot say anything significant about them or learn anything important without experiencing what they experience. To live and survive in a world where you are always guilty, simply by virtue of being a Roma, is very complicated. 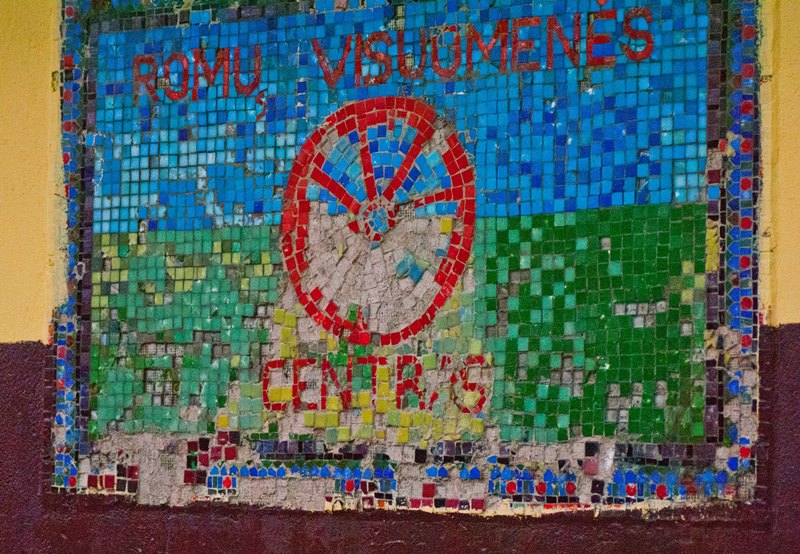 Welcome to the Roma Community Center in Parubanka. The partly broken spokes of the wheel and the frayed edges symbolize Roma history (photo: Vilma Fiokla Kiurė)

Those who claim discrimination against the Roma has only intensified in the last few decades are only partially correct. Lithuania has had xenophobia issues from ancient times. This is amply demonstrated by the sayings and sentences about Gypsies which have come down to us from the hoary past: “Gypsy or mischief-maker, same thing”; “The Gypsy mystifies even the Devil, even in church”;  “Have anything to do with a Gypsy, and you end up in jail”; “Can a dog not bark? How will a Gypsy live if he doesn’t steal?” “Soap will not begin to clean a Gypsy”.

In the past and today, Roma are associated with filth, evil and crime in Lithuania. The Lithuanian media, an active participant in forming public opinion, if they write about Roma at all, then they feel compelled to mention ethnicity in the headline: “Police Unmask ‘Professional’ Roma Thieves,” “Troškūnai Resident Hurt by Men of Gypsy Ethnicity,” “Woman of Roma Ethnicity Found with Heroin by Police,” “Police Use Fines to Drive Out Roma Occupying Scenic Banks of Kaunas Lagoon.” The Roma as an ethnic group are consistently associated with criminal acts, dirtiness and even fatal diseases. “Viral Hepatitis Quickly Spreading from Gypsy Camp; Vilnius Children’s Home Shut Down;” “Dirty Hands Spread Disease at Roma Camp.”

Lithuanian-Roma relations are extremely complicated and don’t lend much hope for future dialogue. There is either a disproportionate demonization or extreme romanticization.

Romanticization quickly turns to hate when the figure romanticized doesn’t conform to the expectations implied by the image created by the collective imagination. People tend to simply quarantine those whom they fear or fail to understand, and that is most easily accomplished by calling them dangerous sorcerers, unpredictable criminals and filthy carriers of disease and pestilence.

At the same time those around me think I’m a Roma, since I traveled together with a female friend from the camp on the bus, and intentionally wore a colorful scarf. As soon as we got on the bus, our fellow passengers swarmed away from us, as if from lepers, elderly ladies began hiding their purses, and everyone around began looking askance. It was so uncomfortable I wanted to jump off the bus. God, I thought, and my friend has to go through this every day.

The Roma were among the first whom the Nazis went after. And I fear that the same people who went after the Roma yesterday will soon be knocking on my door as well. 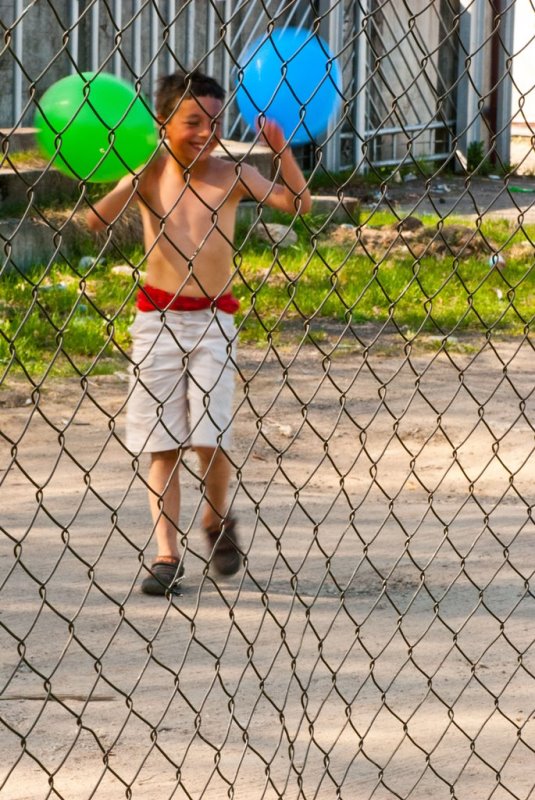 A Roma boy in Parubanka plays near the fence that sets off the settlement from its surroundings (photo: Vilma Fiokla Kiurė)

Translated from Lithuanian by Geoff Vasil

The author’s related video (in Russian)