US Congressmen Sherman, Waxman and Berman Write to Lithuania’s Prime Minister on the 2012 Honoring of the 1941 Nazi Puppet Prime Minister

Posted on 25 September 2012 by Defending History 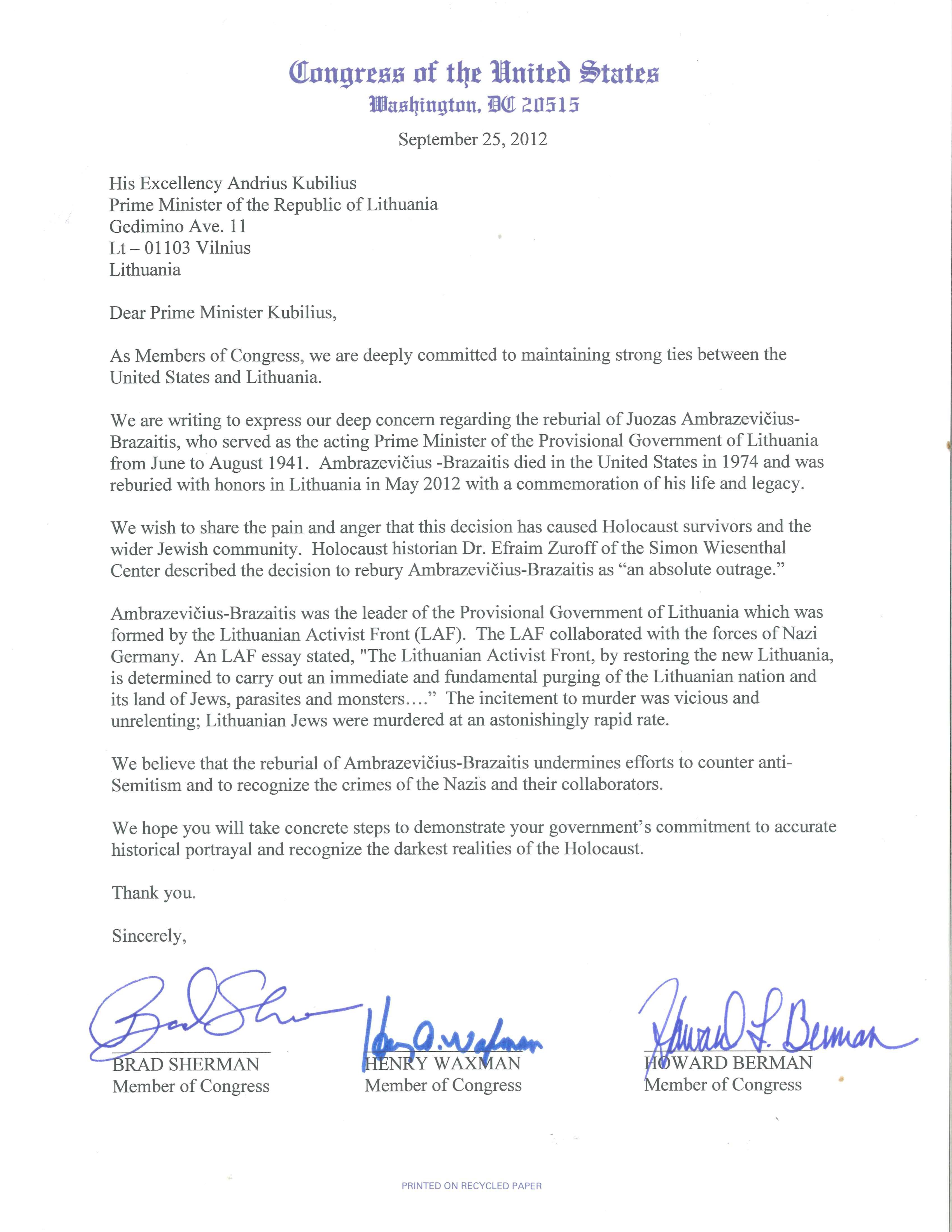