Upside-Down World? Neo-Nazi March Assisted by Police on Central Boulevard, While Authorities Try to Banish Baltic Pride Across the River….

Posted on 28 March 2013 by Defending History

Officially speaking, the annual neo-Nazi march on Lithuania’s independence day earlier this month, complete with swastikas, sieg heils and white power jackets, had been “moved” by the municipality from Vilnius’s central boulevard, Gedimino, to the rather less prestigious location across the river in Shnípishok (Šnipiškės), and the move was confirmed by the courts. But it was all a fiction. On the day, the police facilitated the neo-Nazis’ march up Gedimino as usual without the slightest hint of disapproval, let alone transfer to one of the bridges leading across the river. See our report, and the eyewitness accounts by Anna Shepherd and Geoff Vasil.

Instead of launching investigations and expressing moral indignation over the damage caused yet again to Lithuania’s standing internationally by law enforcement helping neo-Nazis take over the center of the capital on its independence day, there were statements of lame acquiescence from the offices of the president, prime minister and mayor.

A high dose of self-inflicted damage then came from the president’s subsequent statement to a journalist, “You call them nationalists, I would speak of nationally conscious youth.” If swastikas, sieg heil Nazi salutes, and white power jackets, on the main boulevard of an EU/NATO capital city on its cherished independence day, represent some benign “nationally conscious youth”  — heaven help us all. The mayor’s lamentable conclusion, that next year the neo-Nazis might as well be officially returned to the city center to start with, is equally shocking. In this environment, the statement issued by the Social Democratic Party of Lithuania exemplifies courage, dignity, love of democracy and all the country’s citizens, and simple respect for the rule of law. 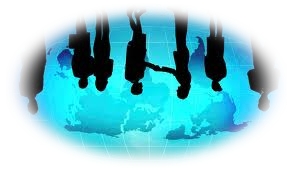 Then, on 22 March, equally sensational news but on a precisely inverse issue was released. The same police who so nimbly enable the neo-Nazis went to the trouble of compiling a statement insisting that the the Baltic Pride parade scheduled for July 2013, be held — you guessed it, across the river in Shnípishok. Their “evidence” consists of troubles at the 2010 Baltic Pride march perpetrated by the same far-right and neo-Nazi groups (see our eyewitness report).

For LGBT Equality, which provided the English translation of the original Lithuanian text of the unfortunate police submission of 22 March, rapidly issued a dignified and measured response. Subsequently, after a hearing this week at which the Gay Rights League was ably represented by law professor Vytautas Mizaras, the court announced that it will render its next decision on 11 April, a date sadly reduced in significance in the saga because of uncertainty about what the police might actually do irrespective of the courts…

The Baltic Pride parade was launched successfully in 2010, in the spirit of LGBT Pride parades in all major capitals of the European Union and the free world, affirming the equality and equal rights of all citizens and the celebration of diversity. It was proudly attended by ambassadors or senior embassy officials from the American, British, French, Norwegian,  and Swedish missions, among others. The only difficulties on the day resulted, as ever, from police and the powers that be caving in to the same neo-Nazi elements.

The Yiddish phrase for such a turn of events is Móyshe Kapóyer, referring to an upside-down state of affairs, or someone who does things upside down. Neo-Nazis, glorifiers of Hitlerism (and the local collaborators in the Holocaust), racists, antisemites, and homophobes have been given full reign over the nation’s independence day parades in both Vilnius and on 16 February in Kaunas (eyewitness reports by Geoff Vasil, Efraim Zuroff, Dovid Katz).

This month in Vilnius, on 11 March, police colluded in the violation of the court’s orders by enabling their march as usual on the central boulevard. Instead of a scandal and investigation of the police for violating the law, the nation’s and the city’s leaders surrendered to the neo-fascists, who for their part feel protected by the ultranationalist establishment that is pursuing far-right history revisionism in the guise of Double Genocide. That establishment includes far-right members of parliament, and the Genocide Research Center, whose long-time “chief specialist for public relations” (!) is a key figure at neo-Nazi marches, has said “there was no Holocaust” and this year sported a white power scarf.

The nexus and interface of common purpose uniting the neo-Nazis and “respectable” nationalist elements very high in government and society came to light over the last year in many ways. In 2012, with state finances signed for by the then prime minister and culture minister, a series of glittering events in May 2012 glorified the reburial with full honors of the 1941 Nazi puppet prime minister in Kaunas who personally signed papers confirming German orders for Jews of Kaunas to be sent to a concentration camp (it was actually a murder site) and to the ghetto. This year, at the February 16th parade in Kaunas, the neo-Nazis’ lead banner featured the same Nazi puppet prime minister as the object of historic and ideological worship. The poison of glorifying Holocaust collaborators cannot be laid at the doors of the neo-Nazis alone (or the neos and their supporters in some police departments). It is an issue infecting some of the highest echelons of society and government in parts of Eastern Europe, as clearly demonstrated by numerous recent episodes.

It is all the more disconcerting that at the same time, the 100% law-abiding equal-rights campaigners of the LGBT movement in Vilnius, working in close cooperation with human rights advocates in the free world and the embassies of Western countries, are turned down for a city-center Pride parade that is now a standard happy event in the great cities of Europe, bolstering tourism, commerce and the spirit of tolerance and equality. Most recently the mayor of Copenhagen spoke out.

Lithuania’s people clearly deserve the same standards of human rights as any other nation in the European Union and NATO. They certainly do not deserve a situation where the neo-Nazi agenda determines that law enforcement facilitate neo-Nazi center-of-the-capital events that have been moved elsewhere by the judiciary and, at the same time, law enforcement would try to ban from the city center events dedicated to equality of people and human rights that are welcomed by the great cities of the world. They deserve better than Móyshe Kapóyer.